The Invisible Editor: A Guide to Continuity Editing for Film and Video 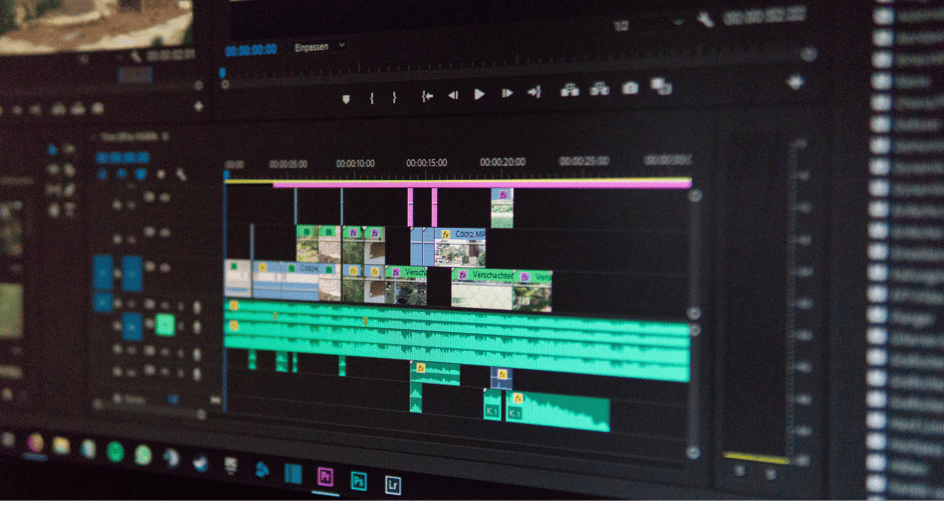 Let’s face it: As much as any film and video editor would love to have their name front and center on a movie poster, all the glory will always go to the star actor and auteur director.

And sadly — from a publicity standpoint at least — a good editor is one whose name might not even be on the poster at all.

This is because of the old catch-22 that goes with film and video editing. When an editor does their job well, you really shouldn’t even notice their work at all. Instead, editing is all about invisibility. (You can rest assured that good directors and producers know this and look for editors that have a strong grasp of that concept.)

The best editors are the ones that hide their cuts right in front of the audience by using a technique called “continuity editing.” This editing trick is an important part of any film editor’s arsenal and can be traced back to the earliest days of film editing.

But how do you use continuity editing for a movie or a TV show? And how can you actually master the art of invisible editing?

Let’s define and trace how continuity editing has been used over the years, and explore other video editing techniques which you can use for video creation today.

What is continuity editing?

While there are many different ways to discuss continuity editing (or “invisible editing” as it's sometimes called), we might as well start with a basic definition of this film term that you should pay attention to.

Continuity editing is an editing process in film and video where multiple shots are cut together in a way that feels very natural and connected to how viewers consume content. The overall goal (or trick) is to make it feel like you’re not watching a series of shots, but rather one comprehensive story or action.

From there, it’s important to start thinking about continuity editing less as a technique and perhaps more as a phenomenon that happens when editing is done as it is meant to be done. That is to say, all editing really should be continuity editing (unless you’re specifically trying to break from the norm).

To do this, you just need to pay attention to the basics of how shots are edited together, along with some of the other actual techniques and rules that go into film editing and scene construction.

How to edit together two shots

To start, let’s take a step back and look at how shots and scenes are constructed before eventually being edited together. Even from an editor’s perspective, it’s helpful to think of shots as the building blocks of a scene. And to do that you really need to understand the different shot types.

From wide shots and establishing shots to medium shots and close-ups, the different shot types should all work together to construct a scene that feels diverse and full, even if it’s spliced together to bring the viewer into the story.

There are also plenty of continuity rules, guidelines, and editing techniques to keep in mind from a filmmaking and video production perspective. These details will inform how your shots are eventually cut together in a scene.

Some examples would include the shot-reverse-shot format, the 180-degree rule, and even keeping focal lengths and depth-of-field in mind as a way to help construct a scene.

Now let’s take a look at some examples of the invisible art of continuity editing in action.

Keep in mind that when done correctly, this “trick” might not be a trick at all, but rather a seamless use of a few basic video editing techniques at once — several of which we’ll cover below.

The match cut is probably the most important technique in an editor’s arsenal to aid with editing for continuity. It’s a powerful tool for creating seamless action and movement.

As you can see in the example above from Scott Pilgrim vs. the World (2010), match cuts can also be a very fun way to transition between scenes and make them feel like interconnected panels of a comic book.

However, from an invisible editing perspective, even a subtle use of match cuts can be a great way to make shots flow as the eye is led to connect two shots based on movement, action, dialogue, or even colors.

If we’re going to talk about match cuts, we should also talk about eye-line matching and eye tracing. This is a very basic filmmaking (and film editing) technique that seems pretty obvious when you think about it, but it’s actually difficult to pull off without lots of practice.

Basically, when you have a character looking in one direction in your first shot, your audience's eyes are going to expect to see the subject or object they’re looking at or talking to in the space which the viewer thinks the character was looking in the previous shot.

You can see several examples of this eye-line matching technique in the video above. And truth be told if you watch pretty much any video content — whether that be feature films, television, or YouTube skits — then you’ll see this technique in action.

Cross-cutting is another critical film and video editing technique which is an awesome way to build tension and make scenes feel connected, even if they’re happening in a different place and time.

This sequence from Star Wars: The Last Jedi is a great example of how cross-cutting because you can see these different scenes dramatically cut together. (A technique which is actually used quite frequently across all of the Star Wars films.)

They might be all happening in different locations and at different times or even at different speeds, but they still feel connected. And while this is a dramatic version of cross-cutting, this technique can be helpful with a wide variety of project types because it provides a way for editor’s to help an audience feel connected and immersed in a story.

Similar to (and at times used interchangeably with) cross-cutting, parallel editing is a variation of the same technique.

However, unlike the more abstract nature of cross-cutting, parallel editing is really meant to show two different sequences that might just happen to be in action at the same time.

You can see this best exemplified in the clip above from The Godfather where we see two key moments in the film cut together to make it apparent that they’re happening at the same time. It’s a bit more nuanced, but this technique is useful when looking to connect big moments, characters, or themes in a story.

How to avoid continuity errors

Hopefully those definitions and techniques give you an understanding of how continuity editing works, as well as how to make some strong connecting decisions in your edits. However, there are  a lot of other pieces to these continuity rules.

Next, let’s talk about how to avoid those pesky continuity errors in your projects. (And if you’re not sure what a continuity error is, it’s basically anytime that one shot doesn’t connect with the next shot.)

We’ll cover when and how you might want to make these errors later. But for now, here’s a quick list of some of the most common continuity errors and how you can maintain continuity and avoid those obstacles.

While you can make following the timeline a challenge for your viewers, an easy solution to jump in time is to show a flashback. You should give your audience some sort of spatial continuity cue, whether it’s a visual reference point to suggest it’s a different time, a soundtrack change, or a simple transition effect.

Those are some of the few types of continuity errors that we can clearly define. The real trick however is simply trying to be clear how every shot connects with the next one.

And if you do want to mess with your audience at bit, you should be clear in how and why you’re doing it.

Finally, now that we’ve gone over everything about continuity errors, let’s look a little deeper into the fascinating world of continuity editing. This will help us pin down why some filmmakers have chosen to make their edits visible by breaking continuity for style and effect.

We have to preface this with a quick reminder that breaking continuity should only be done when you specifically want your audience to feel challenged, awkward, or  scared. These are the majority of the reasons why filmmakers most often choose to use these techniques.

Again, these are just a few examples of ways in which filmmakers have chosen to make their editing visible and avoid the usual clarity that comes from a scene edited for continuity.

It’s worth noting that as content has evolved in recent years, audiences have become much more sophisticated and aware of how scenes flow and how edits are made.

However, if you remember these definitions, follow these guidelines, and avoid (or choose not to avoid) these breaks, you can make sure your films and videos flow invisibly and continuously.

If you’d like to check out more film theory or pick up additional video editing tips and techniques, check out these articles from the Soundstripe blog: