How to Use the Shot Reverse Shot like the Coen Brothers 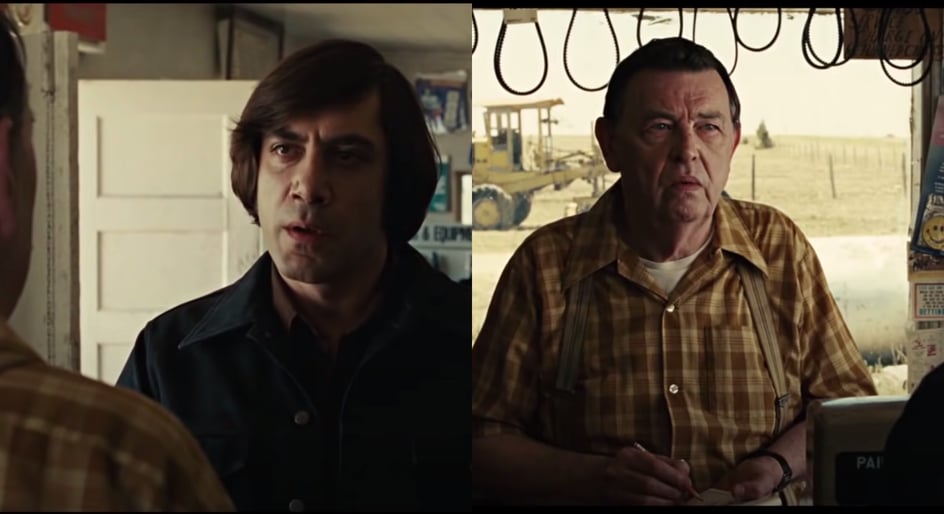 We can’t talk about the shot reverse shot without looking at how the Coen brothers have mastered this technique. Throughout their work, you’ll notice how they use it to transform dialogue scenes into gripping and compelling moments regardless of the genre or tone of the film.

There are a handful of shot types with names that just don’t make sense. And unless you went to film school, you probably don’t know every shot type and how to use them to get the most impact with your filmmaking (although our helpful shot type guide will get you started).

Shot reverse shot is one of those things. It’s a shot type you’ve certainly seen before — probably hundreds or even thousands of times, depending on how many films you watch. But how well do you know the strategy and artistry behind how it’s used?

Breaking down the shot reverse shot

In technical terms, the shot reverse shot is a way to frame a scene by making the audience aware of multiple perspectives with a stake in the action on screen.

In a less-technical sense, the shot reverse is an easy way to pull the viewer into a dialogue scene. You can provide reaction shots, teasing at the underlying emotions happening outside the spoken lines.

It’s a visual storytelling technique that’s as popular as peanut butter and jelly sandwiches. And that means the shot reverse shot is something you’ll want to take advantage of too.

Now, these kinds of scenes aren’t exactly “complex.” If you took a relative with no creative background and told them to film a conversation, there’s a good chance they’d default to using the shot reverse shot. That’s because it’s pervasive in Hollywood, so it’s almost an instinctive framing device when you’re shooting a dialogue scene.

But there’s certainly a level of artistry involved in doing it well. To illustrate that point, let’s look at a few examples of shot reverse shot uses in classic films.

Examples of the technique

We’ll dive into specific films, and even specific scenes that most cinephiles will recognize. But in the same way that we know Stanley Kubrik for his tracking shots or Edgar Wright for his close-ups, you’ll probably recognize that the Coen Brothers use shot reverse shot everywhere.

Why don’t we start with “The Dude” himself?

The Big Lebowski has somehow slipped from cultural icon to cult classic, which is a tragedy in itself. But for now, let’s stay focused on the use of the shot reverse shot in this example.

The scene here could be presented in a handful of ways. One of the characters could be pacing around the room, examining objects or staring out a window. But instead, the cuts back and forth establish both characters and an obvious relationship (even without any context).

By using a shot reverse shot, the Coen brothers establish the atmosphere of the room. And because neither character is looking at the camera, the viewer never thinks they are taking the role of the other person. We’re in the room, but not standing in for a character.

With the camera located in the middle of the conversation — literally situated between the actors — the audience has the experience of looking from speaker to speaker just like they would in real life. It establishes a sense of place and an investment in the interaction.

And while there’s more than a little exaggeration and humor in every Coen brothers film (even if it’s dark humor), that’s far from the only way to use a shot reverse shot.

Contrast The Big Lebowski with the coin toss scene from No Country For Old Men:

Camera framing matters. The over the shoulder camera angle in this scene turns the audience into an observer, almost eavesdropping on the conversation. And if you pair that with extraordinary writing...well, it’s enough to make someone avoid gas station shops forever.

The intimacy of these scenes is an almost palpable thing. It’s what the Coen brothers write for, and it’s obvious in how they blend their artistic vision with lens and framing choices. The benefits are something that are repeatable, and have in many ways shaped how new filmmakers approach a dialogue scene.

Benefits of the shot reverse shot

An added benefit of the shot reverse shot (and specifically how the Coen brothers use it) is flexibility. While you get the sensation of being in the middle of the speakers, the Coens’ use of wide lenses open up a lot of doors for them.

They’re able to push in the camera on a specific facial feature, or to really make the viewer feel the same emotion as the character — even if it’s worry or straight up discomfort. That only adds to our immersion into the scene, and it also builds empathy for the characters now that we’ve shared a part in their predicament.

This ties into the second great benefit of the shot reverse shot: rhythm.

No, we’re not talking about music. There’s a kind of inherent music to a conversation, a back and forth between performers. Well-written (and well-directed) dialogue creates space for emotions and physical responses, like pauses or hand gestures. And a shot reverse shot gives characters the time and space to accentuate a word or fill a moment of silence.

It’s the performances, not the dialogue, that sells this scene. And how the Coen brothers cut between shots gives breathing room for the characters and the script to shine.

Before we dive into creating a shot list (and where a shot reverse shot can fit into it), let’s draw a quick line here: The shot reverse shot is not the same thing as the Kuleshov effect. While there are some similarities in how they appear on screen, the intent is very different.

The Kuleshov effect is when you follow up one shot with the reverse, like pairing a close-up on an actor’s facial reaction with a shot of whatever surprised them in the scene. The entire point is suggesting an emotion or motivation without having to explicitly show it on screen.

On the other hand, a shot reverse shot is more about giving the viewer a counterpoint to the original shot. It’s like two sides of the same coin rather than a cause-and-effect perspective, giving the audience two “windows” into a scene to provide more detail and depth.

You know, like a conversation. Which is where most filmmakers use a shot reverse shot.

Including this particular technique in an organized shot list makes sense for a lot of reasons. The actual framing of a shot reverse shot can vary a bit, which we covered in the examples above. And that means you can see what works best with the production design for your scenes.

The main thing to remember is what you use this shot for: Pulling viewers into a scene and maintaining (or even creating) visual interest during dialogue-heavy moments.

Create tension with your shot choices

Many filmmakers think of dialogue scenes as a way to build tension or emotion, and so the challenge becomes how to maintain the flow of dialogue without recycling the same shot in every project you work on.

You probably don’t want to use a bunch of cuts between speakers over the course of a 5-minute scene. You also can’t afford to trust reaction shots to carry the scene, because that can quickly feel overdone or forced. And leaning into innovative camera angles could distract the viewer or pull them out of the intimacy of the conversation you worked so hard to write.

This is the art of filmmaking. You’ve got to find your own solution to the problems that will pop up again and again.

The most obvious takeaway is that you want to build emotion, or create engagement. It’s why influencers and content creators use the same focal length and shot distance for their vlogs. They know a close-up with a wider focus creates a sense of intimacy, which helps build a relationship and suggest a welcoming personality.

A shot reverse shot gives you that same power, except you’ve got all the benefits of trained talent and a script and a carefully designed set. Think about how much more you can do in terms of character development and viewer immersion.

Sure, there’s a risk of over-using it. Or if you push in to focus on a character’s mouth, you could distract the audience or suggest a humorous tone in an otherwise serious scene.

Still, those are risks that can be avoided as you experiment with this technique and see how it could be added to your arsenal of filmmaking and editing skills.

You may not be able to take this and suddenly transform your films into Academy Award-winning masterpieces. But you can certainly learn from how the Coen brothers use the shot reverse shot and start to create better, more engaging dialogue scenes.

Tips for your own shot reverse shots

Now that we've gone over all the basics for how to frame up a shot reverse shot, and how these reverse shots can be used as various reaction shots when used against your master shot, let's go over how a reverse angle reaction shot can be used in a particular scene of your own.

If you have all of these shot reverse shots taken care of, you can leave the task to the film editing department to use these camera shots as cutaway shots as the develop a sense of continuous action. The real trick is to just make sure you have enough shots and angles so that the editor can make the best decisions on how a scene begins and ends.

For more filmmaking basics, insights, and advice, check out these additional articles from the Soundstripe blog: