How to Use Establishing Shots in Your Films and Videos 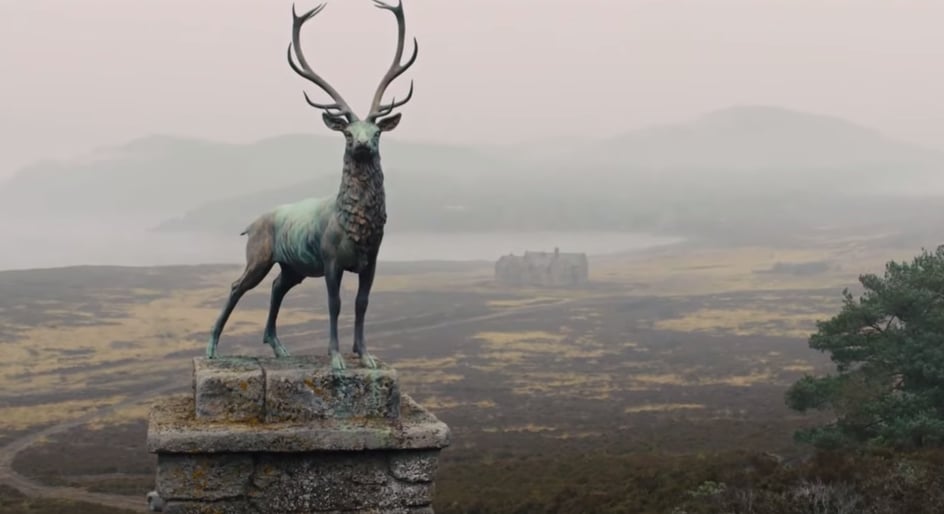 We all know the old saying; “a picture contains a thousand words.” And while that might be poetically true, what does that actually mean for a single shot in a film or video project? 24,000 words a second? 100,000 words a beat?

It’s safe to say that in the world of film and video, a lot can be conveyed in a single frame. Filmmakers have known this for ages, and they’ve given us beautiful examples of how a single, opening shot for a scene can be used to help establish a setting, a mood, or even an emotion or theme.

In fact, we have a term for these specific types of shots in the industry. We call them “establishing shots” and they’re used to describe to the viewer these crucial cinematic elements.

Taking a look back through cinema history — and with an eye for thematics and composition — let’s take a moment today to explore the fascinating world of establishing shots. We'll start with an establishing shot definition, then dive into some practical tips and tricks for capturing cinematic establishing shots for film and video projects of your own.

What is an establishing shot?

So, let’s start with the basics: What is an establishing shot?

By definition, an establishing shot is any single shot within a film, television show, or type of video content which is used to introduce and set the elements of a scene.

These elements include basic setting characteristics like the location, time of day, characters, props, and anything else relevant to the physical space. Think about this shot type as a way to establish scenes from vast mountain ranges to the New York City skyline. Heck, they're even in establishing scenes for a particular building like in Grand Budapest Hotel.

As a result, these kinds of shots tend to take the form of tracking shots. The goal is to pack as much visual information (or "tone-setting") as possible into a single shot.

We’ll take a look at some more examples below, but the montage above should give you a pretty good idea of what establishing shots are in general — as well as offer a glimpse into how they are used to set the scene.

We'll start with how establishing shots serve to introduce spectacle and setting, then move on to more nuanced approaches that provide subtext and even narrative suspense. In the early days of cinema, wide shots were often used to establish not just the setting, but to portray spectacle. Whether it be just showcasing the phenomenon of motion created through moving pictures, or showing off technical breakthroughs like color (or later computer effects), establishing shots have been a great way to offer both perspective as well as “wow” your audience with cinematic scope and brilliance.

This famous shot from The Wizard of Oz is a great example of how establishing shots have been used over the years to give audiences the chance to take in all the splendor and grandeur of a location, while still giving them enough information to process what's going on. 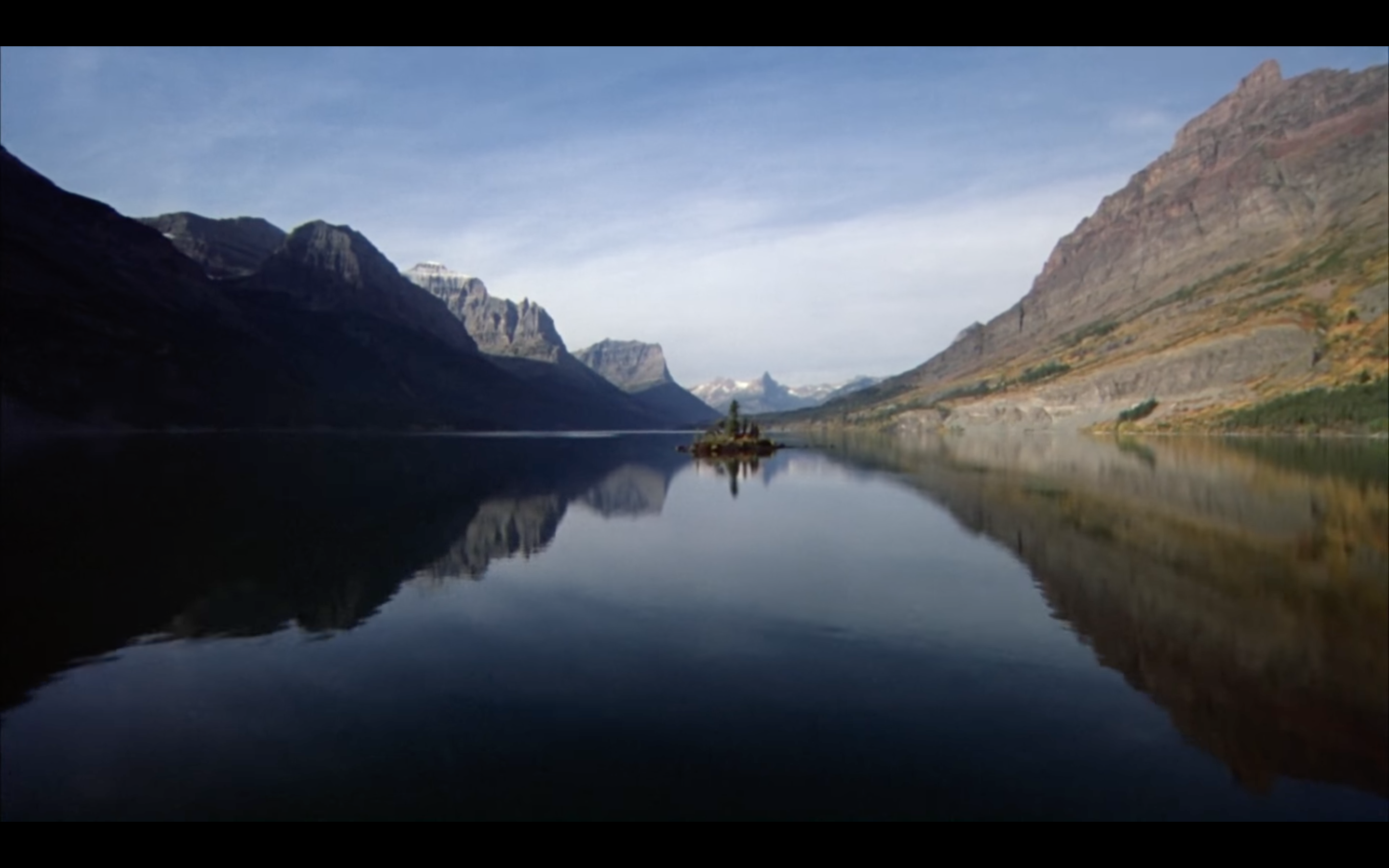 While Stanley Kubrick’s The Shining might be best known for a host of iconic shots and scenes, this opening sequence still stands out today for its technical mastery and scene-setting quality via wide shots. (You can watch it in full right here.)

Presented as the opening title sequence, this aerial shot tracks the Torrance family’s trip into the mountains. But the long shot does more than just establish the setting and location.

The sinister soundtrack and floaty nature of the cinematography help to develop early motifs and themes. Meanwhile, the shots pit the Torrance's yellow Volkswagen Beetle against the ominous mountains and cliffs to create a sense of foreboding. Establishing shots don’t just have to be aerials or landscapes though. Instead, many establishing shots can be self-contained in the small set in which you’re already filming. The shot used in this scene in Wong Kar-wai In the Mood for Love is a great example of a simple, yet cinematically effective establishing shot.

The film, which follows a set of couples romantically involved with each other, is all about affairs and half-truths shared between partners, and this shot to start this important scene is critical in helping to develop many of the themes and relationships which Kar-wai is trying to explore.

With its clever composition, we only see a part of our character’s faces, yet we are still presented with all the necessary information about the scene including who is where and talking to whom.

In this cold open to the second season of the popular program Lost, many of the millions of viewers worldwide were expecting to see some exciting visuals lifting the veil of mystery which shrouded the first season. Instead, the creators decided to go with an extreme close-up of an eye opening.

In the montage that follows — the majority of which is comprised of close-ups — we’re presented with less visual information than you might expect.

The creators are choosing to circumvent our expectations as to what an establishing shot should include, but with the desired effect of drawing the viewer further in as the mystery grows deeper. (You can see how it comes together here.)

Finally, looking at some recent examples of modern blockbuster cinema, establishing shots continue on even today. Pulling from years of experimentation and built-up audience expectations, filmmakers certainly have lots of approaches to consider when framing up establishing shots for their latest films and projects.

However, while every epic superhero battle sequence usually begins with a wide shot from a high angle, modern film and television is also rife with other looks and styles which vary from creative 2-shots to mysterious close-ups.

What makes a good establishing shot? 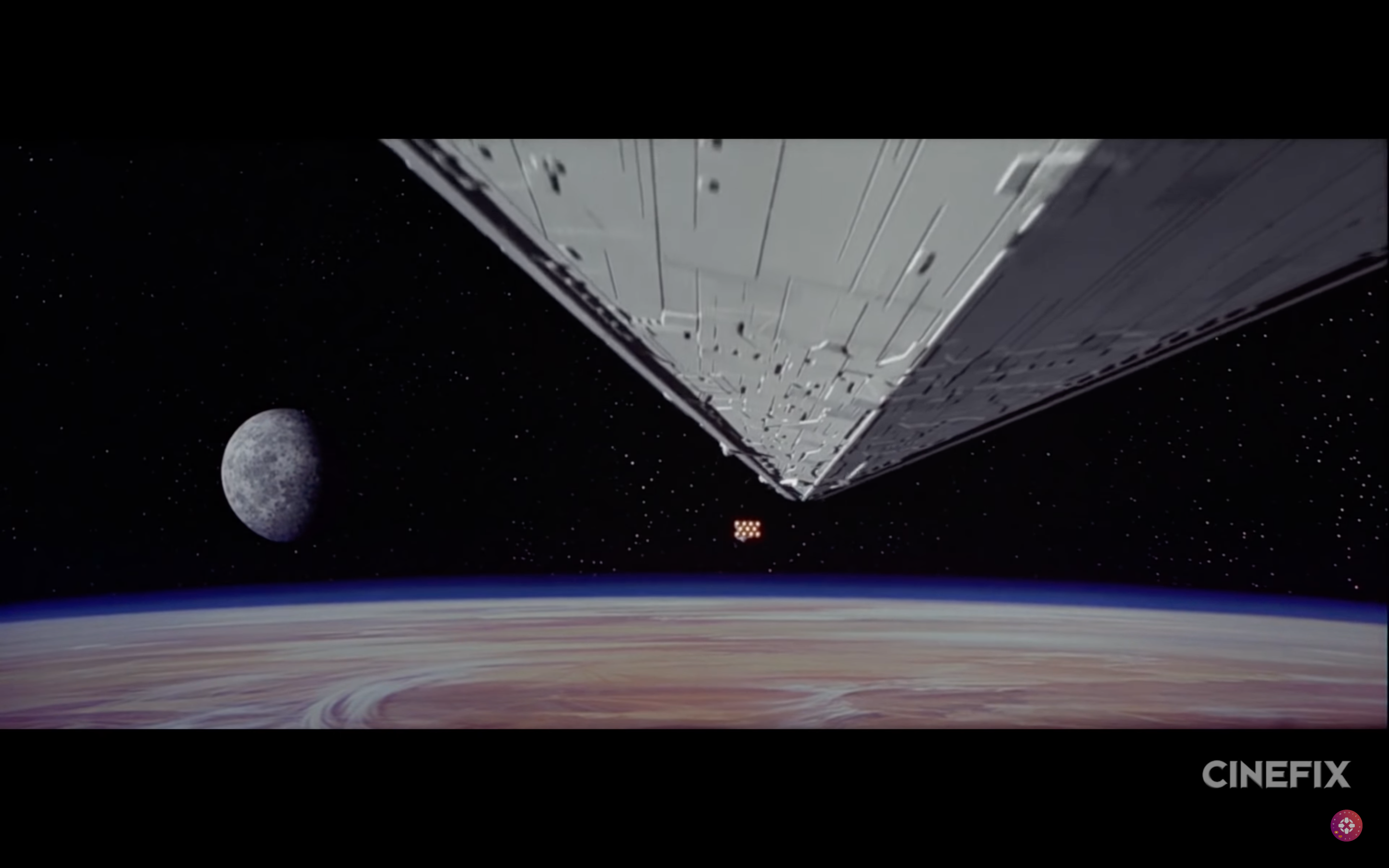 At this point, we can start to pick out some basic points about what makes a good establishing shot.

The truth is an establishing shot only needs to “establish” the scene, so pretty much any type of shot can be an establishing shot. A close up shot, medium shot, or wide shot could do the trick as long as it's done with an eye for composition and in service of the overall scene construction. (And, truth be told, you can even use stock footage shots to match your regular shots as needed and if done properly.)

That being said, there are hallmarks of establishing shots which we should focus on:

Considering the examples we've covered here, a prototypical establishing shot is usually wide, long and from a high shot angle (although you can occasionally try low shot angles if done with the right intentionality). It helps set the scene by providing a good deal of context into the who, what, when, where, and why because it showcases the characters and what’s going on.

It’s not a hard rule, but consider a wider focal length and less shallow depth of field as a way to give viewers as much visual information as possible.

And what makes a bad establishing shot?

While you might be able to think of some examples of famous films or filmmakers that used non-standard establishing shots for cinematic or plot reasons, it's hard to pinpoint a specific reason. But in most cases, there are a few hallmarks of bad establishing shots:

To avoid using bad establishing shots in your films though, the trick really comes down to mastering scene development and cinematic composition as to avoid using the same shot mistakes you might find for your master shot.

Establishing shots are a powerful resource in every filmmaker's tool belt. While they might not always be necessary or exactly what you need when establishing scene details, it's important to understand what an establishing shot is and why you might want to use them as opposed to some other classic shot examples like the master shot.

For other shots in a scene, ask yourself what the shots might be trying to convey. How does the first shot in your scene set up the rest of the sequence? Are you trying to convey that both are in the same location or not? And, most importantly, what do you want to establish at the end of the day?

If you can answer those questions clearly and develop those themes and motifs through establishing shots, you can really increase the watchability of your films.

For more filmmaking advice, tricks and tools (like a shot list template), here are other great articles from the Soundstripe blog that will help you continue to improve your creative process: