Everything You Need to Know About Close-Up Shots 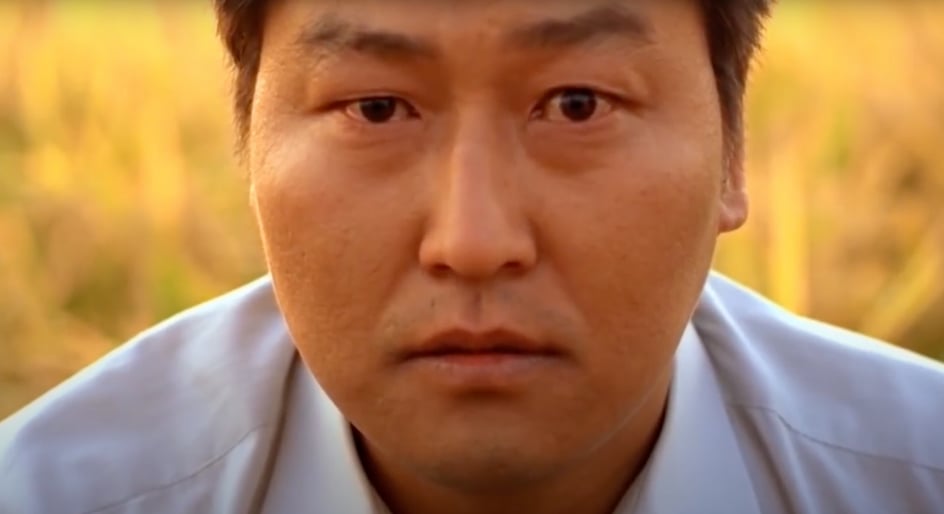 It’s fascinating to think about, but at one point in human history there were no movies, television or streaming services.

Before the invention of moving pictures there were only stages and theatrical performances. Acting has been around since the beginning of recorded human history, yet with the invention of film everything changed.

For the longest time, actors had to tailor their performances for people sitting in the audience, often far away. They had to make big and exaggerated gestures to convey deep emotion like love and anguish.

However, in the world of film, these performances don’t have to be big or elaborate. Instead, they usually need to be small and nuanced. Acting these days comes from the eyes.

And that’s because of one camera shot type in particular. The close-up is one of the most important shots in any filmmaker's repertoire as it’s by far the most unique to film.

Let’s study the history of the close-up shot, learn from classic examples, and explore how you can add meaningful and cinematic shots to your film and video projects.

What is a close-up shot?

So, before we dive into examples and advice, let’s start with the basics. What is a close-up shot in the first place? Pulling from a basic Wikipedia definition, a close-up is simply “a type of shot that tightly frames a person or object.”

Furthermore, a close-up is just one shot type which should be mixed in with a filmmaker’s full shot repertoire. Close-ups are used in conjunction with a mix of medium shots and long shots, as well as other shot types like establishing shots, over-the-shoulder shots, shot-reverse-shots and even the iconic cowboy shot.

Another variation of the close-up shot is the extreme close-up shot, which provides an even more detailed and intimate look at the subject in-frame. It’s just another way that directors convey deep emotion on an actor’s face.

Shot type has significant influence as a storytelling tool, and that’s why building a shot list is such a critical part of pre-production. By pairing a close-up with a wide shot, medium shot, etc., filmmakers can convey an emotional moment or final duel scene in a powerful way.

As we’ll explore below, the tenets of a good close-up shot come down to framing and composition. You’ll also want to learn to master lighting and finding the right focal length to help audiences connect with the visual information which you’re displaying in your cinematic close-ups.

What is an extreme close up shot?

We also have to quickly talk about the different shot types. Along with your regular close up shot definition, we also have the extreme close up shot which is — as its name implies — even more extreme. If we're focusing on a subject's face for example, a close up shot will start at around the actor's upper body and go to just above the head.

However extreme close up shots will push in even tighter on the actor's face and sometimes stretch only from the forehead to the chin. On the flip side you can also shoot a medium close up shot which is a bit wider to help include more important scene details behind your subject as it stretches from the shoulders to just above an actor's face.

Alright, now let’s look at some of the most famous close-up shots from throughout film history. As mentioned above, close-ups are uniquely part of the cinematic experience, and as such filmmakers have long found new and creative ways to bring audiences in closer to the action than ever before.

Keep an eye out for how these filmmakers have chosen to frame up their close-up shots, and try asking yourself how you might have chosen to compose these shots in your own shot list. We’ll start by highlighting one of the most famous movies of all time — Casablanca. Released in the days of black and white, Casablanca (which was directed by Michael Curtiz and starred Humphrey Bogart and Ingrid Bergman) would go on to become one of the most iconographic films of its era.

It’s also a great example of how filmmakers chose to use close-ups in the early days of cinema. As you can see in the famous shot above from the film’s ending, close-ups were tight shots meant to clearly show a character’s face as they conveyed basic emotions.

The lighting, composition and framing are all tightly controlled and picturesque, while the shot subtly, yet clearly, conveys both intimacy and sadness. A feat which would have been impossible on the stage.

From there, filmmakers would begin to further experiment with mixing and matching shot types not only as a way to convey deep emotion, but also to build pacing and tension within a scene. This iconic sequence from Sergio Leone’s epic spaghetti Western film The Good, the Bad and the Ugly has long been a masterclass in shot lengths and composition.

The final Mexican standoff between our three main characters culminates in a sequence which starts with wide (or long) shots before growing closer with medium shots, and finally settling into a rhythm of close-ups (and even extreme close-ups).

Any film student or practitioner would be well advised to study this scene from beginning to end as it truly demonstrates how to properly build pace, tension, and suspense as so much is conveyed without any of the characters doing much more than shifting their eyes.

Over the years, close-ups would go on to become one of the dominant shot types used in modern cinema. Even when used for films meant to be displayed in theaters and on the big screen, audiences would grow to expect to see our favorite actor’s faces clearly in frame.

This back-and-forth scene from Quentin Tarintino’s Pulp Fiction is also a great example of the shot-reverse-shot formula as we simply see two characters in conversation. Christopher Walken’s character also brings a critical prop into play which itself is displayed in a close-up of its own, further signifying its importance to the narrative overall.

One of my favorite films of all time, the opening to Rian Johnson’s Brick is a perfect display of how you can use close-ups not only for faces and emotions, but simply to help tell a story. Shot almost as if you’re watching a comic strip in real life, this sequence is predominantly made up of close-up shots of different objects and things within the scene.

Johnson uses close-ups throughout the film to develop themes and motifs, as well as introduce characters. Close-up shots of shoes even become stand-ins for characters and motivations. Finally, by modern day, filmmakers have clearly grasped just how important close-ups can be for any film or video project's shot lists. We still see close-ups in modern films and blockbusters quite often, but they work best when used sparingly while mixed in with other shot types and compositions.

Bong Joon-ho’s recent classic Parasite might best exemplify how a filmmaker can find that perfect balance between working with long, medium and close-up shots to tell both a challenging and meaningful story.

His decisions on when to use close-ups and focus on a character’s emotion are built-up and can hit the audience with devastating effect when timed perfectly within a scene.

What makes a good close-up shot?

So, the question remains: What makes a good close-up shot? Well, for one, it needs to be close-up. We’re talking about framing of course. As opposed to a long or a medium shot, a close-up should be composed so that the subject of the shot takes up the majority of the frame.

(The focus might be on the subject’s eyes, for example.)

As you can see in all the examples above, there is very little background information on the sides and edges of the frames. Even for close-ups of faces, the focus should be on the eyes (unless some other part of the face is narratively the focus). The same is true for shots of other items or props, which should be squarely in focus and take up the majority of the frame.

A few of the key hallmarks of a good close-up shot include:

The best way to shoot quality close-ups is to remember your rules of composition. Just like any other shot types, you’ll want to follow your rule of thirds and try to place your subject in the best light possible (both literally and figuratively). Also, unless you’re looking to create a nauseating effect, close-ups shots in particular need to be very stable if not completely static on a tripod.

What makes a bad close-up shot?

Conversely, a bad close-up shot is going to go against many of the suggestions above.

Close-ups, by their nature, are very challenging shots which force the audience to really get in close with the subject and the emotions of the story. As such, they usually work best when mixed in with a greater array of shot types. This means you don't want too many close up shots nor do you want too few close ups mixed into your normal array of camera angle choices and shot sizes.

A well-timed close-up can be one of the most critical shots in any scene or sequence, so you really want to avoid any of these hallmarks of bad close-ups below.

Because of their up-close look, close-ups can be easy shots to mess up. In terms of focal length alone you really need to find the right lens and depth of field to put your desired part of the shot squarely in focus, which can be tricky depending on your lighting and desired looks.

Furthermore, unless you want to create a chaotic and disorienting effect, adding any amount of camera movement at all to a close-up shot can be quite tricky — especially when shooting on the longer lenses often needed to get such a shallow DoF look.

Finally, learning from our famous examples above, as well as from sifting through some of the hallmarks of both good and bad close-up shot cinematography, let’s explore some tips and tricks for shooting quality close-up shots in your film and video projects.

The real trick is to remember that these shots are just one tool in a filmmaker or cinematographer’s arsenal. When used in conjunction with a long shot or medium shots, as well as establishing shots, cowboy shots and standard shot-reverse-shot formats, close-ups can be the icing on the cake for any memorable scene.

If you’re interested in exploring some more shot theory and general filmmaking advice and analysis, check out some of these awesome articles from the Soundstripe blog: