Master Shot: The One Cinematography Shot to Rule Them All 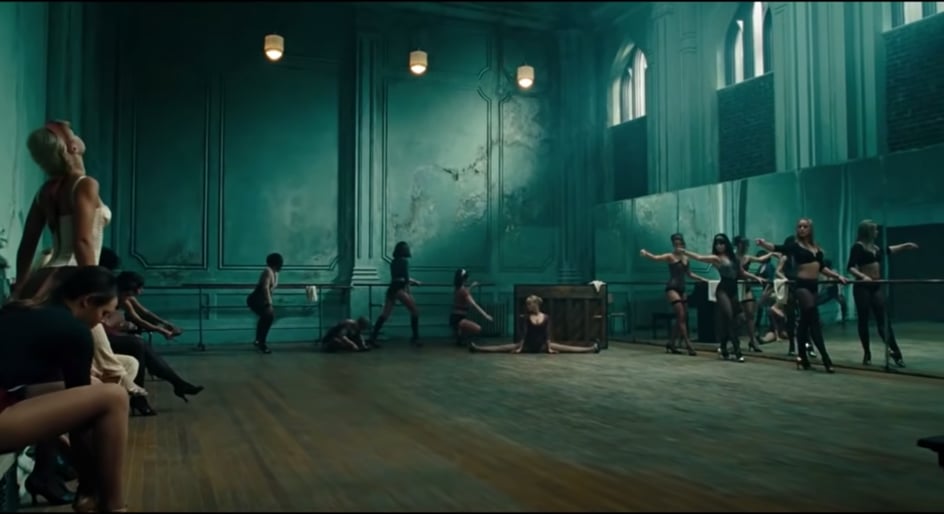 When you’re starting out on a film and video project, there’s a lot to consider. What camera should you shoot on? Which locations should you secure? How will you light each scene and record sound?

However, one of the most critical elements to any scene has to do simply with coverage. How are you going to be sure that you’re capturing everything you need?

Your best defense against missed shots or forgotten cutaways is actually one of the oldest tricks in the book — a shot type which might seem like a relic of a bygone era.

I’m talking about the master shot, which is still your best option to make sure you have full coverage of every shot and scene.

So today, let’s explore the fascinating history of the master shot, explain how it differs from other types of camera shots (like wide shots or establishing shots), and learn how you can harness its ancient cinematographic powers into your film and video projects.

What is a master shot?

Put simply, a master shot is a film recording of an entire dramatized scene, beginning to end, from a camera angle that keeps all the characters in view. A master shot truly needs to show everything in a scene from start to finish.

Sadly, as many film students and video creators might discover when they search online or watch YouTube videos, there’s quite a bit of misleading information out there about master shots. To many, a master shot is often simply lumped into a bucket which includes wide shots or establishing shots.

There are certainly hallmarks that many master shots share, including being shot as a wide shot to help include all the relevant characters and actions, as well as usually being recorded as a long shot with no cuts depending on the length of the scene.

However, to truly be classified as a master shot, the only requirements needed are the ones outlined from the definition. Let’s examine the differences between the master shot and other shots for which it’s often confused.

There are certainly plenty of examples of master shots overlapping with the needs and tenets of other shot types like wide shots or establishing shots. We’ll give some basic definitions of each below.

As you can see, both of these shot types are very similar to master shots, but missing some of the key components. Unlike both wide and establishing shots, a master shot is all-encompassing. It should capture everything in the scene.

A good way to think about it is from the perspective of a film editor. When you sit down to edit a scene, a master shot will be the first shot which you lay out on your timeline. From there you can add in other shot types like long shots, medium shots and close-ups, as well as sprinkle in cutaways and other creative shot types (like POV shots for example).

However, you’ll always have your master shot to come back to at the end of the day to provide structure for your scenes and sequences.

How to shoot a master shot

Hopefully those basic definitions clear up any confusion as to what a master shot is, and how it differs from other similar shot types. Now we can dive into the fun stuff! How do you actually approach shooting a master shot?

Here are the five basic steps:

Also, while it’s not a necessity to dive in deep, I’d highly recommend that any aspiring filmmaker or cinematographer at least learn enough about film and video editing to understand how scenes are constructed in the post-production process.

A master shot is an editor’s best friend. When shot and recorded properly, a master shot will help to build the bedrock for any scene or sequence. As such, you really want to make sure you’re including all the relevant information and details that both your audience (as well as your editor) will need to understand what’s going on.

5 Tips for using master shots in your cinematography

Finally, let’s review some of the best tips, tricks and practices for shooting master shots on your film and video projects.

And remember, while a master shot can occasionally be used predominantly in a final edit, in most situations the master shot is often intercut with many different shot types and lengths, so don’t let it get you too bogged down.

When shooting a master shot, it’s helpful to start out shooting as wide and long as possible to make sure you include all the relevant characters and actions. However, as the scene progresses, feel free to move in and record for shorter periods as you get an understanding of how the movement flows so that you’re not recording too much unnecessary space.

Similarly, it’s also helpful to keep a master shot as still and static as possible just so to be sure that all of the actions, dialogue, and movement are not missed. However, once you start to get a feel for how a scene moves and breathes, it’s perfectly OK to add some smooth and cinematic movement as long as it doesn’t distract from the information in the scene.

3. Audio is always crucial (but can also be recorded in closer shots)

Often overlooked or ignored, it’s never good advice to not record the best audio that you can for every shot or scene. That being said, by its nature a wide and long take master shot can often make recording quality audio tricky. Do your best to get creative with audio by using lapel mics on characters or hiding microphones just out of frame, but you can rest a little assured that you can record even better audio once you move into shooting other closer shots like mediums and close-ups.

4. Use your master shot to review lighting and blocking for other shots

For many productions, a master shot will often unfortunately serve as a de facto rehearsal shot. I’d recommend shooting master shots first to help actors get comfortable with their lines and movements. When shooting digitally (and with a quality viewfinder or portable monitor), you can also use your master shot as a way to review your overall composition as you move in closer to shoot the rest of the shots in your scene.

5. Give your editor the building blocks they need

At the end of the day, you’re shooting a master shot to provide the backbone for a scene that you’ll further build upon with the rest of your shot types and coverage. In many instances, an editor might start with a master shot then only use it for a few seconds in the final scene construction, but its value is still immense as it will give you the foundation to build out your project overall.

If you’re interested in more shot theory and seeking some additional filmmaking advice and inspiration, check out some of these awesome articles from the Soundstripe blog: