How Rack Focus Can Make Any Filmmaker a Better Storyteller 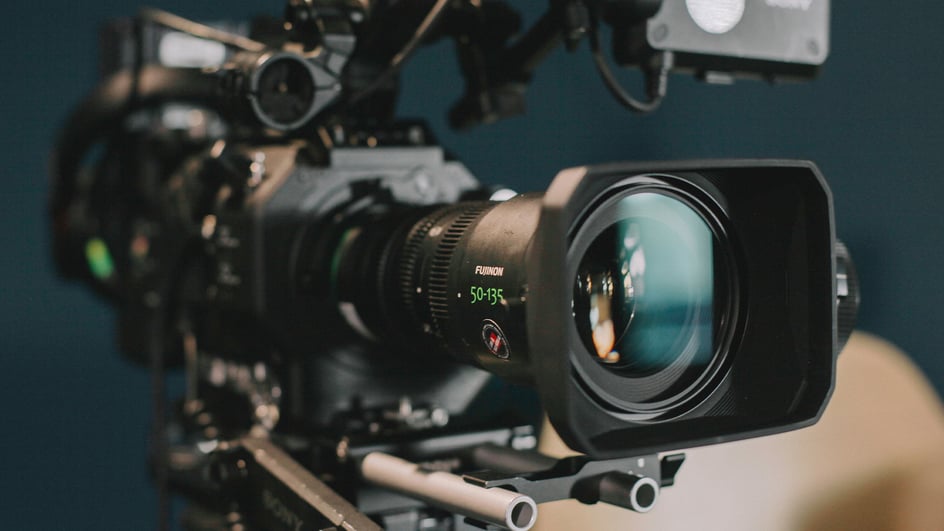 Movement is a key piece in any successful video. Whether you’re a content creator on YouTube, a wedding filmmaker, or a documentary filmmaker, knowing how to capture or create movement with a great-quality camera gives life to a scene and holds the viewer’s attention.

So it should be no surprise that certain camera shots have taken on a new identity specifically to feature movement. Tracking shots can be found in most big productions, and you’ll find dolly shots in everything from product commercials to Academy Award-winning feature films.

But what about other types of movement? You’ve got a few tricks to shift or redirect the viewer’s attention without having to physically move the camera. (In fact, there’s a job on a film crew specifically dedicated to pulling focus in a shot.)

Today, we’re going to hone in one of those techniques: rack focus.

How to use rack focus correctly

“Rack focus” goes by a few different names, like “pulling focus” or a “focus pull.” They all refer to a manual adjustment being made by the focus puller, which is basically just a new job title for the 1st camera assistant on set.

In a technical sense, rack focus means changing the focus without cutting the shot. That could be pulling focus from one character to another, or from something in the foreground to something else in the background.

So, as long as you’re working in the same continuous shot, you’re using rack focus correctly.

You may have visions of basically getting two shots in one. While that is a very real perk, I’ll argue that the most important benefit is that you get to steer the viewer’s eye without pulling them out of an emotionally charged moment.

This is rack focus in a practical sense. Sure, you could do that with creative set design or some dramatic lighting, but there’s something about shifting focus that feels much more organic. It’s almost like you (as the filmmaker) are clueing the audience in on a secret.

Pulling focus without cutting can feel intimate or engaging, almost like you are personally revealing something to the viewer. And so it’s become a valuable tool that most of your favorite directors have used to good effect over the years.

Now, let’s check out some examples you’ll probably recognize...and maybe a few that will be new to you.

Because pulling focus is so popular, it’s easy to find a dozen examples. So to make it a little more valuable to you, we’ll split these examples into three subcategories:

The actual process of rack focus will look the same in all three examples. What we’re mainly looking for is how you (as a viewer) respond differently to each scene, and why filmmakers would choose to implement focus pulling as a way to achieve that outcome.

Because — like most other great moments in cinema — even the small details are carefully planned and cleverly executed.

Pulling focus to show off a set

The environments and sets in a film can do a great job of environmental storytelling, helping  a director craft the setting in a way that audiences feel. (And yes, while sound effects add depth to a film, the visuals play a big part in guiding viewers through it.)

It’s helpful to see that in motion. And while some of the focus pulling in this scene is a little heavy-handed, it’s a great illustration of what this technique looks like in a film:

Can we take a second to appreciate the rack focus down the line of glasses?

This particular example really highlights the art of pulling focus between characters. We have a better sense of the relationships between certain people, like hearing a conversation about someone and then using rack focus to briefly highlight that person for the viewer.

But the technique also serves an artistic purpose. We’ve all been to a party that is borderline overwhelming, from the decor to the people to noise. The narrow depth of field in these shots create a kind of bubble, cleverly highlighting the bustle and commotion of a party without letting any of that background noise distract the audience from what’s most important.

Focus pulling as a storytelling technique

Obviously, a focus pull isn’t just something you can do to shift a viewer’s attention and show off an awesome location or a brilliant set design. Directors also use pulling focus to further the story of the film, adding drama or tension simply by making the audience aware of something that the characters either can’t know or haven’t discovered yet.

One example that’s hard to avoid (It shows up on just about everyone’s list.) is Casino Royale, and specifically the shot with the drink. But each scene in this video shows how a well-timed focus pull can guide the viewer’s attention and tell a story without dialogue, music, or even physical movement.

So, why is the focus pull so influential in these scenes — specifically the martini shot?

If you guessed “storytelling” then you’ve been paying attention, because that’s the answer. Any scene that successfully balances tension relies on either silence (which adds discomfort) or subversive conversation (which makes viewers anxious). Think about the start of Inglourious Basterds and you’ll see this in its finest, most perfected form.

Now, for Casino Royale, director Martin Campbell wanted the audience to share Bond’s discovery that he had been poisoned. Adding an internal monologue or a dramatic, “Is this poisoned?” question would deflate all the tension built up and leading to this moment.

Instead, all of that information — the discovery and the ensuing panic — can be delivered with  a simple focus pull. The audience stays deeply engaged with the scene, and we’re able to really empathize with Bond’s spike in anxiety. This is quintessential show-don’t-tell storytelling.

It’s a brilliant piece of visual storytelling, and none of that works without the rack focus shot.

You could argue that relationships (between characters or between a character and something/somewhere else) count as storytelling. But the truth is that on-screen relationships are as much about unconscious feelings as proximity or physical interaction.

And how can you easily express an unspoken thought or sentiment in a visual medium? By steering the character’s — and therefore the viewer’s — attention.

This is one of the most common uses of rack focus. But let’s pay some homage to the classics and look at an example in The Graduate.

Like any great piece of filmmaking, this 2-minute scene could deliver an entire story in itself. The use of a focus pull in particular establishes the relationship between all three people and really forces the viewer to share Benjamin’s emotional response to seeing his love triangle collide in such an awkward and uncomfortable way.

The long, drawn-out focus pull on Elaine’s face is a particularly painful moment. There’s a clear sense of that relationship collapsing around the protagonist, and the camera’s shifting focus helps simulate the glazed eyes and distracted thoughts that we can assume occupy Benjamin’s mind.

It’s a clever technique to show a change in their relationship, and the twist on depth of field is what makes it so effective.

Not just another camera movement

Camera movement is one of the foundational pieces of visual storytelling. A tracking shot can pull audiences into a scene, and the Kuleshov effect can clue us in to a character’s unspoken thoughts. But tracking shots require a ton of planning, and shot reverse shots are situational.

On the other hand, rack focus is something you can use almost anywhere — whether it’s a wide shot on a battlefield, an OTS shot on a crowded street, or a close up during a dialogue scene. And as a filmmaker, you’re fully capable of pulling focus in your next project.

You’ll also be able to add things like movement and other storytelling devices — things that help you captivate your audience and steer them to the emotional experiences that visual storytellers aspire to.

This is when it gets especially important to take advantage of things like shot list templates. Sure, those tools help you organize your shots and think about how to frame scenes. But it’ll also give you a place to think about how you use depth of field and how you can really get the most out of a perfectly planned focus pull.

Using rack focus isn’t always something that just works in the moment. But by using it correctly and planning for it during pre-production, you’ll be able to get more out of your locations, deliver better visual stories, and establish clearer connections.

In other words, you’ll become an all-around better filmmaker.

To wrap things up, let's recap some basics of the rack focus shot. For one, as a simple rack focus definition, we really need to simply define a rack focus by its various names, including:

The key to this racking focus technique is to remember that the crux of a rack focus shot comes down to working with a shallow depth of field and having an expert camera operator and/or focus puller. When working with a manual focus ring on your camera lens, you should really be able to define your focal plane and focus on clearly marking your focal points.

While shooting run-and-gun with lots of movements will always be tricky, if you can control the variables that you need to control you can do most of the rack focus work before you even roll. Plus with today's wireless follow focus systems and other rack focus shot tools, it should really be more about picking your depth of field and shots rather than worrying over how to pull one off.

If you'd like to read up on some more filmmaking techniques, tips, and tricks, check out these articles from the Soundstripe blog below: