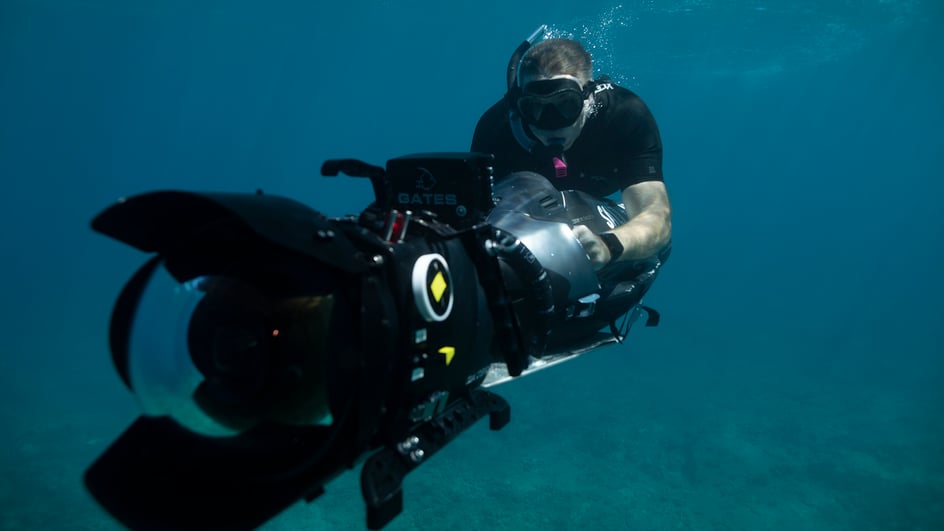 Out of all the types of film genres, documentary might be both the most important, and the most difficult, style of video to pull off. Not only does it require an acute attention to detail, it also requires a highly creative cinematography mind that never rests.

Whether it be for shorts, features, or series, with doc you never know when that right moment is going to present itself. And you have to always be ready to capture it.

In that vein, we had the opportunity to chat with experienced documentary cinematographer Michael Prickett (who just won an Emmy for Outstanding Cinematography for A Nonfiction Program) to learn some of his tips of the trade.

Working on his latest project, the HBO Sports surfing docuseries 100 Foot Wave, Prickett and his crew shot on Canon EOS C500 Mark II cameras with the CN20x50 and CN-Es lenses to capture some truly outlandish shots both in the water and in the air.

Here’s everything we covered in our interview which might be helpful to other aspiring filmmakers and documentary DPs hoping to capture those perfect moments. 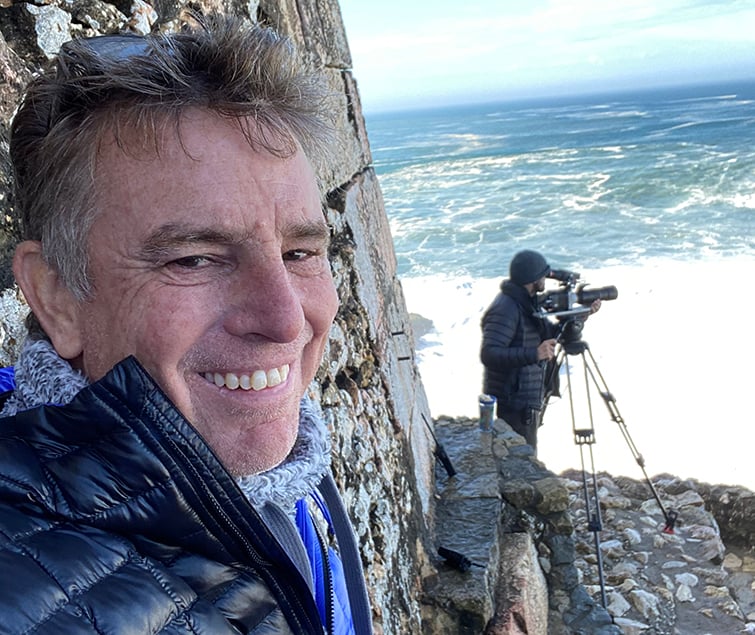 Soundstripe: When starting out on a documentary-style project, how do you decide on what camera and gear to bring with you?

Michael Prickett: First thing we look for is a high-resolution body that has all the I/O we need built in and it must have a small footprint. We want a comfortable to operate camera package that is easy to pick up quickly, power up, and shoot with at a moment's notice.

Soundstripe: For the 100 Foot Wave specifically, what were the cinematography challenges and opportunities that you were excited to explore?

Prickett: We were excited to film in a more cinematic way. We wanted to bring other worldly shots of monstrous waves crashing just feet away from the public.  We had to overcome some incredible lighting situations.

At Nazare, you're filming in super low contrast fog in the morning and before you know it the sun is out and the shadow that the wave casts is dropping way under any reasonable exposure. It's a constant struggle. 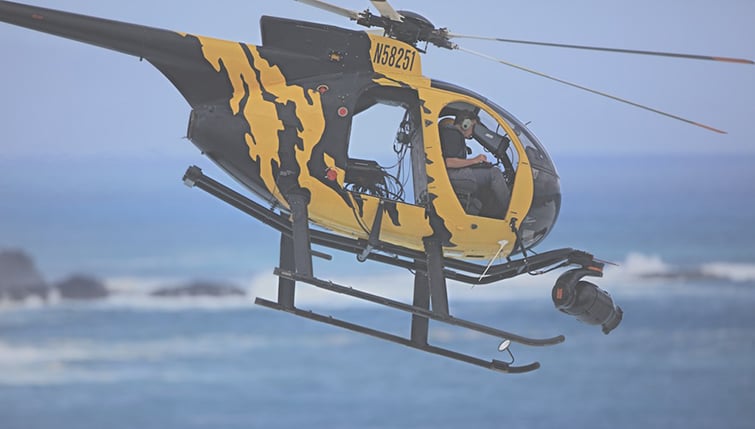 Soundstripe: When working with your Canon C500 Mark II, what were your preferred recording formats and settings?

Michael Prickett: We shot all Full-Frame. I believe we shot mostly RAW and switched to Log on occasion and when necessary. 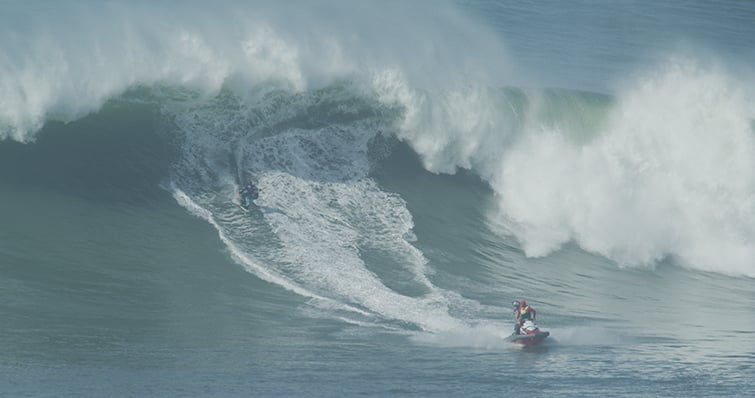 Soundstripe: What lenses work best for your style of documentary filmmaking?

Michael Prickett: For the vérité cameras, we used a mix of short zooms and Cine Primes. We had to rely on longer lenses for some bodies. For those cameras we went with the Canon 20x50 lenses and a couple of converted 150-600 old school zooms. 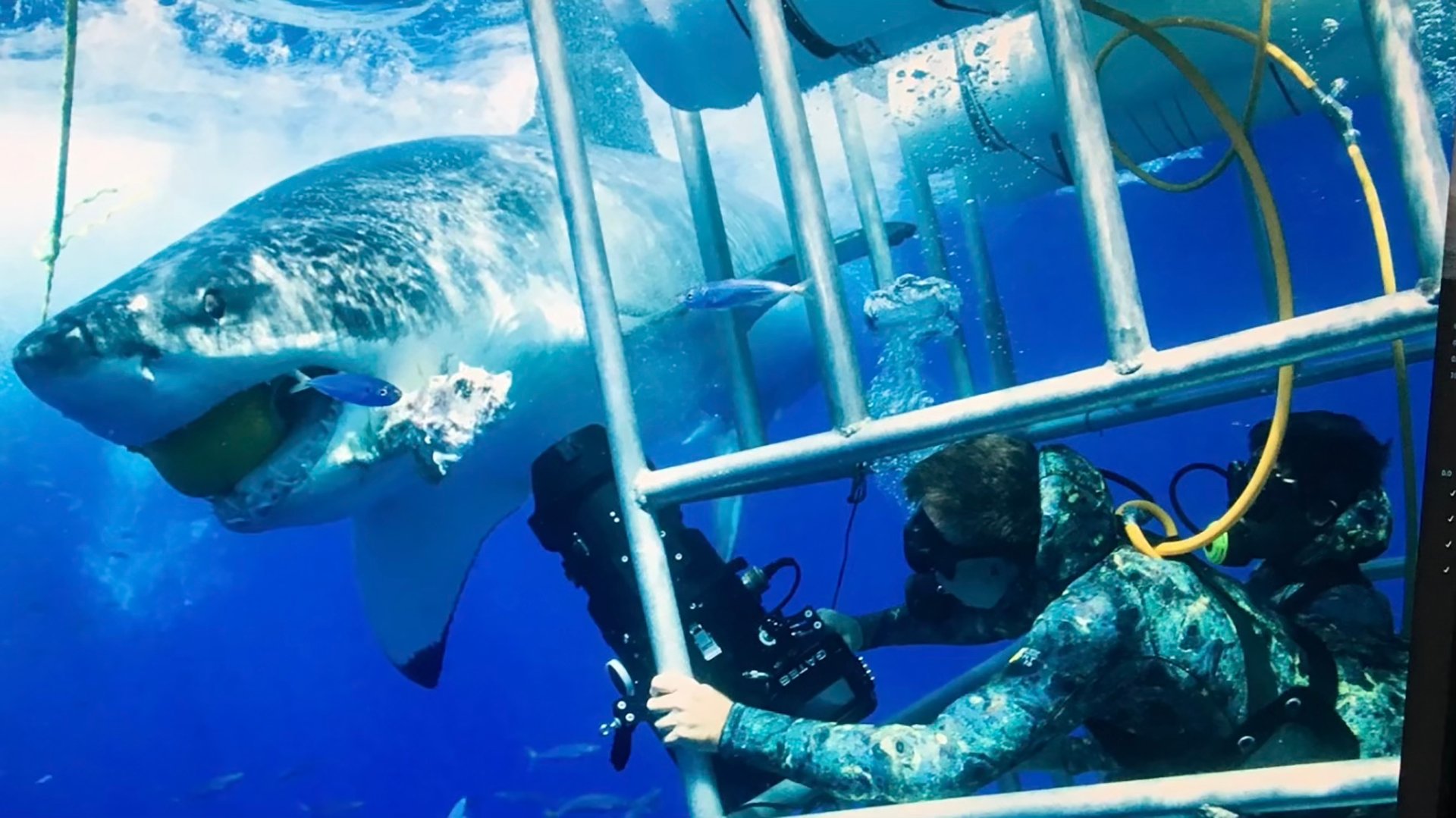 Soundstripe: Where do you see the documentary (and docuseries) style of filmmaking evolving to over the next few years? Do you have any advice for those getting into this filmmaking style today?

Michael Prickett: I think the style of the documentaries will become more and more cinematic and polished. I also think some might even lean towards doing documentaries live as it happens. It’s hard to say in this crazy world but for sure I think they will be more polished and cinematic.

For more filmmaking interviews and insights, check out some of these additional articles from the Soundstripe blog here: