Is the Canon C500 Mark II a Good Long Term Investment for Filmmakers? 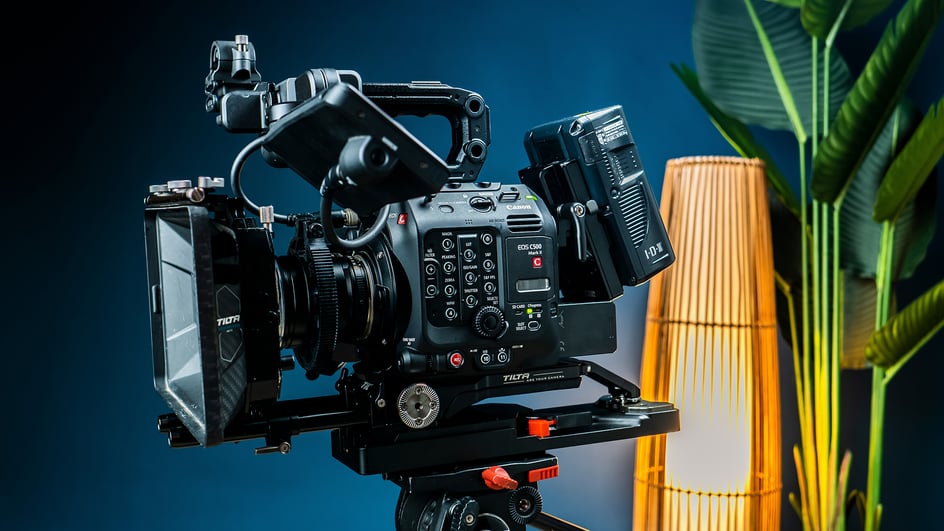 Originally released back in 2012 as a complement to Canon’s popular cinema flagship EOS C300 camera, the Canon C500 has enjoyed a special place in filmmakers and professional videographers’ collective hearts as one of the best entry-points for high-end cinematography under the Canon cinema umbrella.

And while the original C500 was quite powerful and popular for several years, Canon’s introduction of the C500 Mark II made the camera even more accessible and functional for today’s modern film, television, and video shooters.

(Is it one of our top picks for the best cameras for YouTube? You'll have to read to find out!)

But what is the state of the C500 Mark II today? And how does it fit in to the rest of the best Canon cameras on the market? Or even how does it stack up to its cinema camera competition from the likes of Sony, Panasonic, Blackmagic and more?

Let’s take an in-depth look at the Canon C500 Mark II now three years after its release to give our own insights into whether it might be a good long-term investment for you and your filmmaking needs.

As you can see in the video review above by our very own Chris Haggerty (who has been using the C500 mk II heavily over the past few years for a wide variety of high-end projects), there are plenty of functions and features to love — as well as some elements which might leave some shooters wanting more in certain situations.

The crux of many of Haggerty’s points come down to RAW capabilities, file sizes and different shooting modes. With the C500 being such a functional high-end cinema camera, it’s almost a mixed blessing that it packs so much punch as its highest recording levels it can require some insane file sizes and storage capabilities.

It’s also almost a mixed blessing that Canon (and many other competing manufacturers like Sony and Blackmagic) have released such innovative and more accessible video camera options designed for versatility with more forgiving functions and uses.

As pointed out in the video, even if the Canon would incorporate some of the elements found in some of their more affordable cameras like the C70 in the C500 mk II (which, in theory, they could add as firmware updates) it could help with shooting with different frame rates and slow and fast shooting modes.

Other cinema camera options to consider

I promise, I promise we’re not only going to talk about Canon cameras here on this blog, but we do need to highlight some of the pros and cons of some of the closest competitors to the Canon C500 Mark II (and yes some of those do happen to be other Canon cameras).

However, as you’ll find in our list of the best cinema cameras for video professionals, we have some diverse options to highlight from Sony, Panasonic, Blackmagic, RED and ARRI which also absolutely check out and consider before making such a heavy investment in your own cinema camera option.

Here’s a highlight of some of our selections:

You also don’t need to only look at cinema cameras! Even in our own tests sometimes a “lower-end” camera like the Canon R7 can perform quite admirably on a high-end shoot when you use the right tools and tricks. Check out this video below as proof.

Ultimately the Canon C500 Mark II is still a great cinema camera option for any serious filmmaker or video content professional. With its 5.9K full-frame CMOS sensor and diverse shooting modes it should easily outperform any of the $3,000 or $5,000 price range multi-use mirrorless cameras that are so popular on the market right now.

It’s also still quite usable for those looking to make the jump to cinema camera production, although it will require a bit of a learning curve and the adoption of perhaps at least a few external add-ons like an external monitor and other camera cage accessories to really get it up-and-running for your higher end shoots.

But, as you can see on our Soundstripe YouTube channel, when put in the right situations expert shooters like Chris Haggerty and others can really get this C500 humming and shooting footage comparable to any other cinema cameras currently on the market.

For those curious, here are all of the specs, features and price point to check out:

At the end of the day, with dual pixel CMOS AF and anamorphic lens support, the EOS c500 Mark II will always be a great option for its full frame sensor, advanced dynamic range and incredible Canon cinema RAW light features. Plus, with an EF mount (or PL mount) attached to the modular camera body, you can really feel like your internal recording is going going to look great whether you're manual focus or using the dual pixel autofocus.

And for a cinema EOS camera with cinema RAW light, your going to be hard pressed to find a better option with more dynamic range or better features

Hopefully these specs and insights have given you a good insight into the pros and cons of a camera like the Canon C500 Mark II. If you'd like to read some more buy guides and find some more filmmaking inspiration, check out these additional articles from the Soundstripe blog as well: