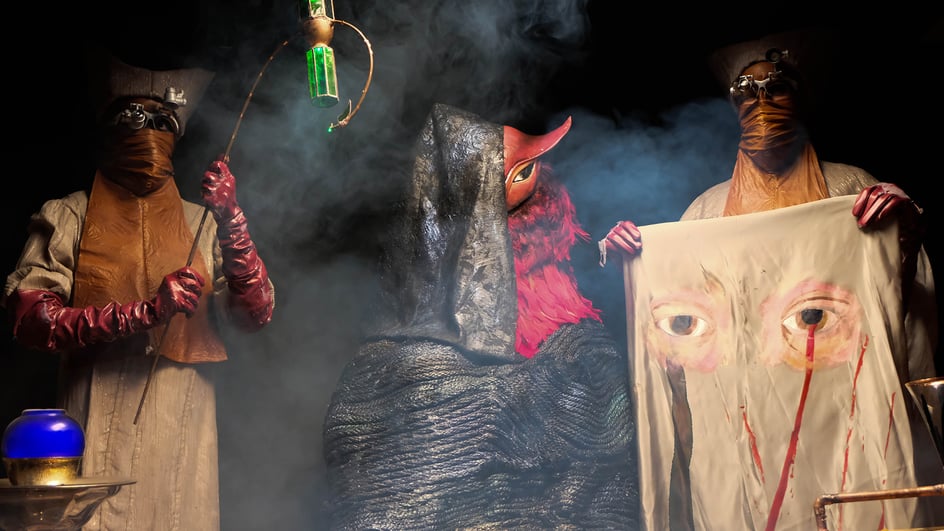 In the film festival world, different fests standout for different niches and different parts of the filmmaking process. For example, the Sundance Film Festival is best known for its breakout coming-of-age comedies and dramas, TIFF is known for previewing the biggest Oscar-winning performances, the Austin Film Festival is known as the screenwriter’s festival, and on and on.

However, for those looking to dabble in genre horror filmmaking, there is no festival more important than Fantastic Fest. Hosted and founded by Tim League of Alamo Drafthouse, Fantastic Fest has become the premiere place for genre filmmakers of all types — but most specifically horror.

At this year’s fest we were actually able to chat with the director of one of the standout films from this year’s fest. Travis Stevens is a genre film seasoned producer who has recently ventured into directing his own festival favorite features, including his latest film A Wounded Fawn.

Soundstripe: Thanks for chatting with us, we really loved the film and its unique take on the serial killer slasher genre. What was your inspiration for A WOUNDED FAWN? 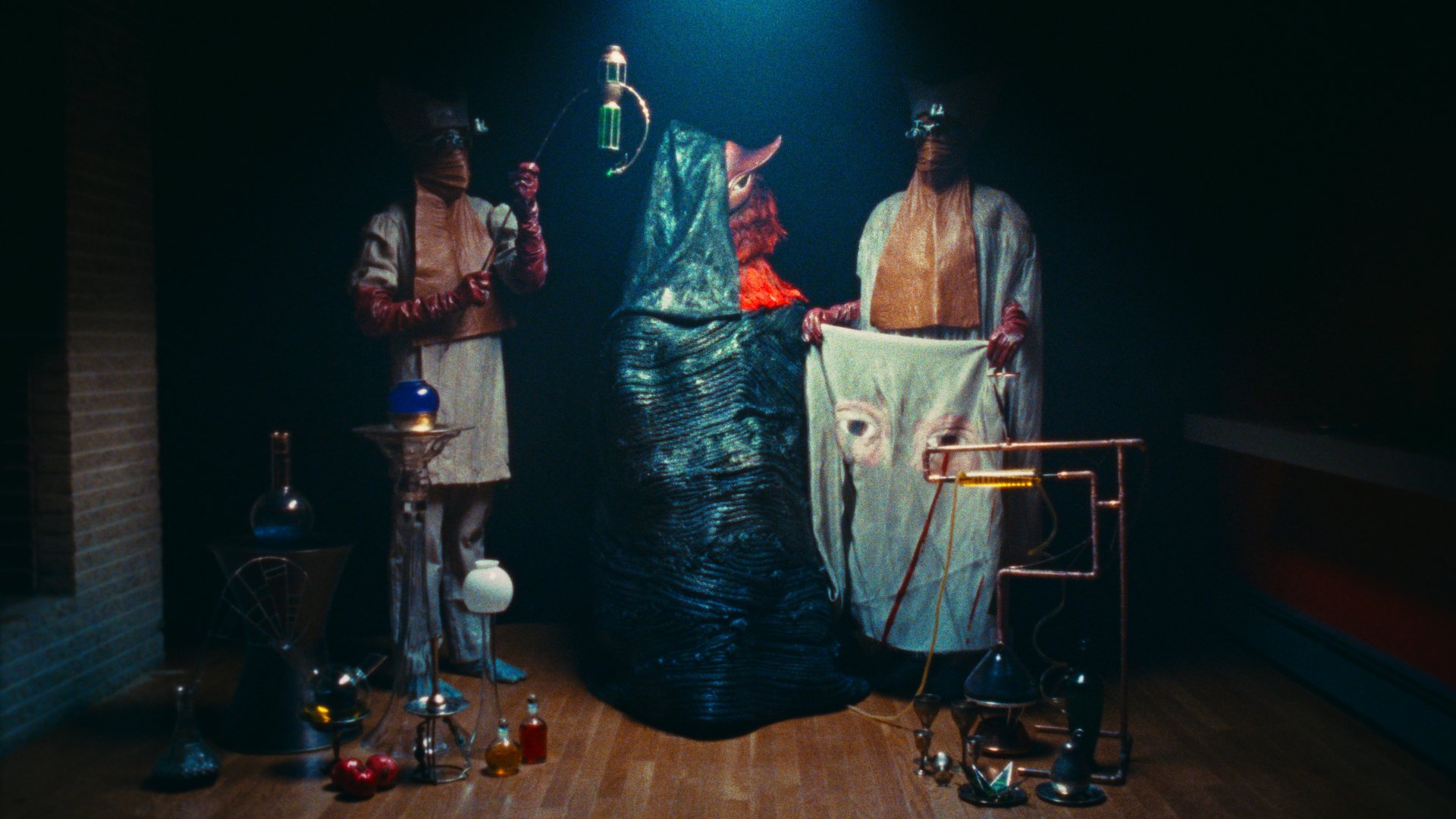 Travis Stevens: So the original script that had come to me had the basic premise of a serial killer and a woman going on a date in this cabin. I had already sort of done a couple of films which explore different “bad men”, so I was like — “what can I do with this?” I wanted to find something a little bit different with this one. So that was my inspiration.

I really liked looking outside the story and into this surrealist art movement where there were so many parallels there in how so many male artists would draw inspiration (and seep the energy) from the female members of the movement, which I found to be similar to what a serial killer does to his victims.

Once I started on that thread it was just fun to try to bring some of that same imagery from different surrealist paintings to life and as a way to help approach this project differently from the ones I’d done before.

Soundstripe: A WOUNDED FAWN very much looks like a classic horror film, what camera and film did you shoot on for this specific look? 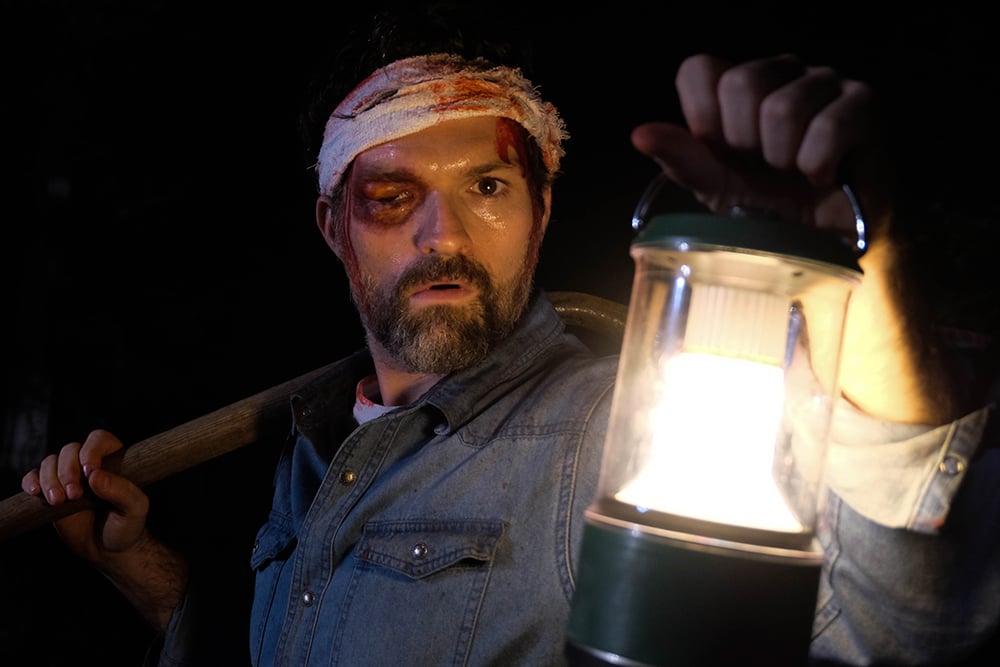 Stevens: We shot on Kodak 500T 7219 film stock, and just as I had with the films I had directed in the past, you’re always striving to recreate this image that you have in your head. And when you’re shooting digital, at least for me, I’ve never been able to quite achieve that exact look. There’s been times in which we got really close, but it always looks just a bit different.

For this film though, I actually reached out to a filmmaker friend, Joe Begos, who had made a film called Bliss that just had a really similar look to what I was going for and I just asked him questions about how he and his partner shot it. They were super gracious and just helped with demystifying what they used and the process for shooting on film and it just sort of put me at ease and allowed me to try it out.

And from that moment on, and when we saw the first dailies come back, it immediately was so much closer to what I see in my head when I think up these ideas. So I’d really encourage anyone considering shooting on film to try to find someone, whether it be a friend or a colleague who might have shot on film before, to reach out to get some advice and make it seem not so scary.

Soundstripe: There were lots of cool practical effects and costumes in the film, can you share some of your favorite DIY creations? 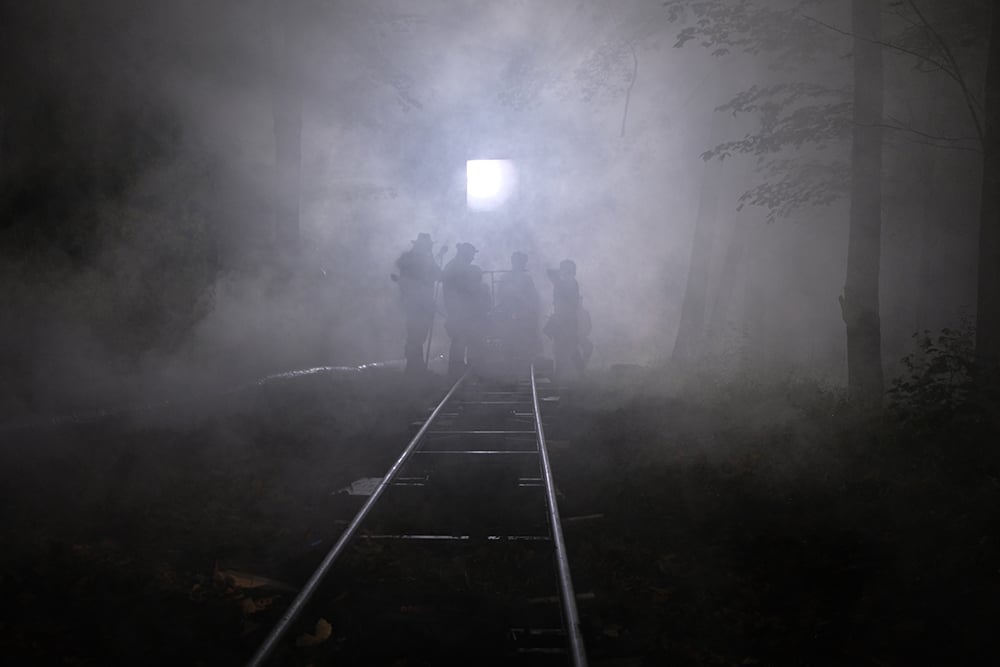 Stevens: Yeah, so because this movie was sort of being presented through a character’s eyes there was an opportunity to develop a real dream-like quality to what they’re seeing. While we could have gone super CGI and animate all of the backgrounds and stuff like that, I was really drawn to the idea of feeling like we’re grounded in the real world.

It’s still a dream, but I wanted it to seem like what was happening isn’t completely impossible. We tried to do things in a way which felt real and tactile. There’s an old Pee-wee Herman gag where he would wrap scotch tape around his face and at the end of it his face would be totally distorted and weird. It’s simple things like that approach which I tried to create for this film.

Soundstripe: This felt like a perfect Fantastic Fest film, what inspirations did you take from other genre classic or modern films? 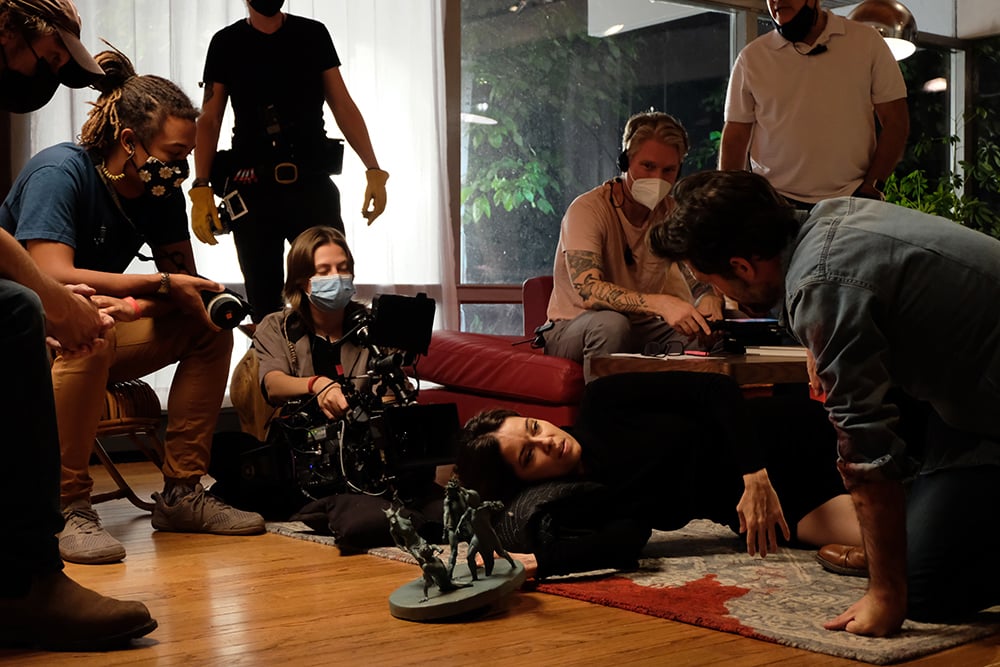 Stevens: Thanks for this question. Yes, I’ve been blessed to have been some sort of an attending filmmaker at Fantastic Fest for over 10 years — maybe even since the first one. At first many that I attended were as a producer and with other filmmakers who had movies in the fest. A Horrible Way to Die, Jodorowsky's Dune, and Buster's Mal Heart all played, so I’ve consistently been able to come and soak up what is so great about this festival. Which, in my mind, is like this communal sort of experience where everybody just throws everything into the theater and everything into the movies.

And I’d say for this festival, and other festivals in general, when you can drown yourself in cinema and you can watch two or three movies a day from around the world you’re just getting recharged and your brain can begin to rewire itself based on all of the ideas inspiring you and being drawn out of your own head.

But for this film in general, I was really looking to older films from directors like Kaneto Shindo, this Austrian serial killer film called Angst by Gerald Kargl and just basically any other filmmaker who were working with wild, exaggerated visuals. That was the kind of movie that I wanted to do, but just with a film set in a very exaggerated reality.

Soundstripe: Do you have any pieces of advice for those looking to make their own horror films, and even just carve their own path in this industry? 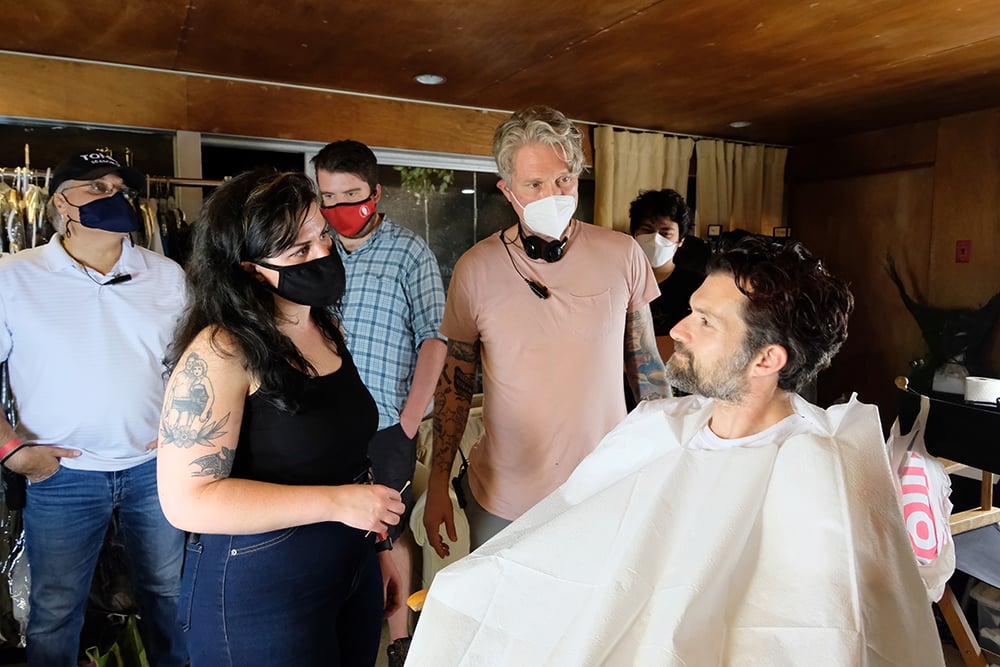 Stevens: Well, while I feel like I’m still on my own path of learning, I can say that from my experience I’ve noticed that there’s always going to be this pressure on filmmakers at different stages of their process to move things on to the next stage.

It’s like: Oh, there’s a chance to get this movie made now, stop working on the script so we can begin; or we could get this movie made with this actor, stop looking for anyone else; or we need to move on from this scene so we can shoot this other scene; and so on through the editing process.

No matter what you’re always going to be under pressure to move on to finish the film. Which makes sense, but I think as a filmmaker what you have to keep in mind is despite this pressure you don’t ever want it to come at the expense of getting it right.

So, no matter whether you’re working on a short film or your first feature, or you’re just writing right now, just take the time to get it right. Don’t be afraid to pump the brakes when you need to just because you’re worrying about being done just so you can move onto the next stage. The end result is going to be work that’s actually a lot closer to getting to Fantastic Fest, or getting you an agent, or getting you to where you ultimately want to go.

If you'd like to read some other filmmaker interviews and production insights, check out these articles from the Soundstripe blog below: