Sitting down to see 32 SOUNDS — the latest film project by documentary filmmaker and noted sound auteur Sam Green — is an immersive experience to say the least.

Making its original premiere at the Sundance Film Festival in 2022 (as well as being an official selection at the 2022 SXSW Film Festival), 32 SOUNDS exists in two unique forms: one for a live audience complete with individual headphones featuring live narration by the director as himself; and another specifically designed for a completely immersive at-home auditory experience.

Regardless of one’s experiential viewing, however, the film is a fascinating meditation on the power of sound and how it can bend time, cross borders, and profoundly shape our perception of the world around us.

After a recent screening of his film at the Oak Cliff Film Festival in Dallas, Texas, we sat down to chat with Sam Green to explore how he originally got into documentary filmmaking and how he — and his film — feel about the future of sound design when it comes to film and video.

Soundstripe: How did you originally get into documentary filmmaking?

Sam Green: I originally went to the University of California, Berkeley Graduate School of Journalism where I wanted to be a newspaper reporter. However when I was signing up for classes somebody said to me, “Hey, I hear this documentary film class is really easy. You wanna take it?” And I was like, “Yeah, that sounds great.”

I’m embarrassed to admit that this particular impulse led me to take this class which changed my life. I became a documentary filmmaker there. The professor who taught the class was a guy named Marlon Riggs, who was a well-known filmmaker himself. 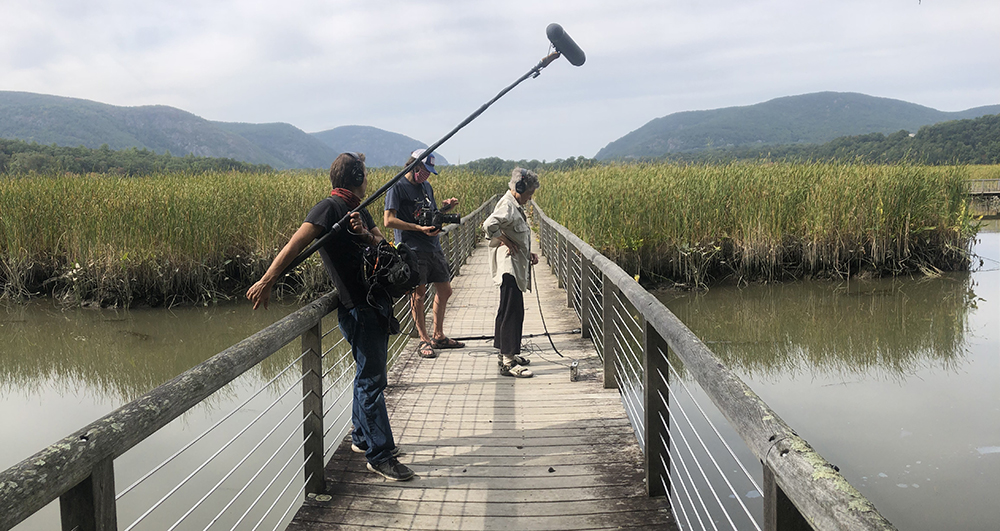 Soundstripe: What sparked your interest in exploring sound — specifically for this 32 SOUNDS project?

So the film I made before was about the Kronos Quartet [A Thousand Thoughts] and I really was focusing a lot on how to get people to listen, because there are different ways of listening. You know, there’s like the normal, lazy way of listening where you don’t really pay attention with our ears and there’s nothing super meaningful that you hear. However, occasionally, if you can really open your ears up and pay attention, you can get a lot back.

In making this film about the Kronos Quartet, I really had to think a lot about the act of being engaged with your ears. It really opened a whole world to me that I hadn’t known about, which is contemporary classical music. There’s a lot of people who are very smart about sound, like John Cage and Annea Lockwood are great examples that I focus on in 32 SOUNDS.

It was kind of a pandemic project too because I had a lot of screenings of the Kronos Quartet movie that were all canceled in February 2022. I was living in Austin, Texas, and had a lot of time on my hands, so sound just because such a great thing to research while you’re at home doing nothing. You can learn so much online and by talking to people and stuff like that — so I did the bulk of the work on 32 SOUNDS during the pandemic. 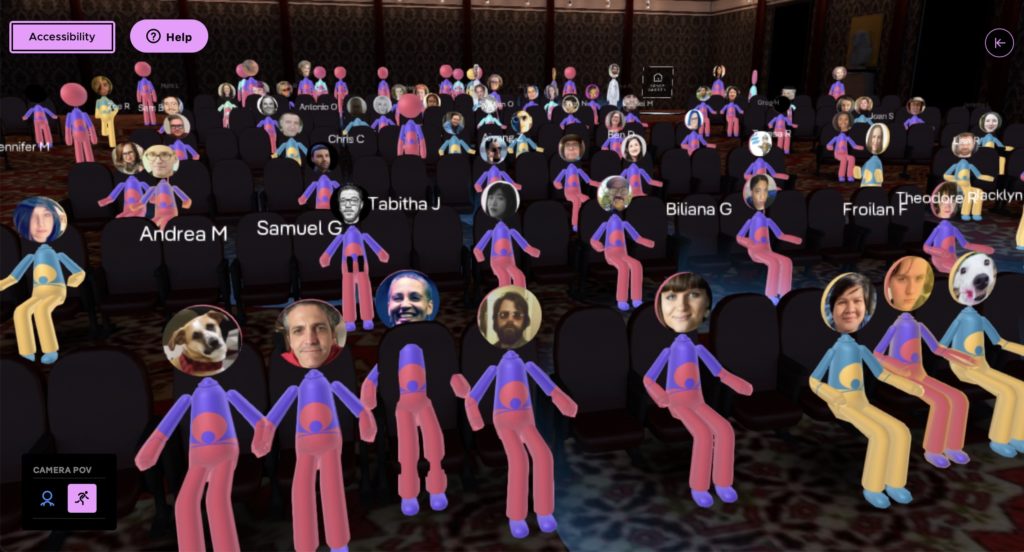 Soundstripe: Tell us about the headphones that go along with the film experience (and why you chose them).

It seemed impossible, but at some point my producer Josh Penn said to me, “I have an idea you’re gonna hate. What if everybody wore headphones?” And I thought, wow — that’s a great ideal actually. I had seen a Broadway play called The Encounter that used a lot of binaural sound and everybody in the audience wore headphones and it was remarkable.

The play itself was okay, but the effect of the headphones was great. So using headphones not only solved the question of how to show it in a wide range of theaters and have a consistent experience, but it also was the answer to the question of how do you use binaural sound, which movies don’t know how to deal with. 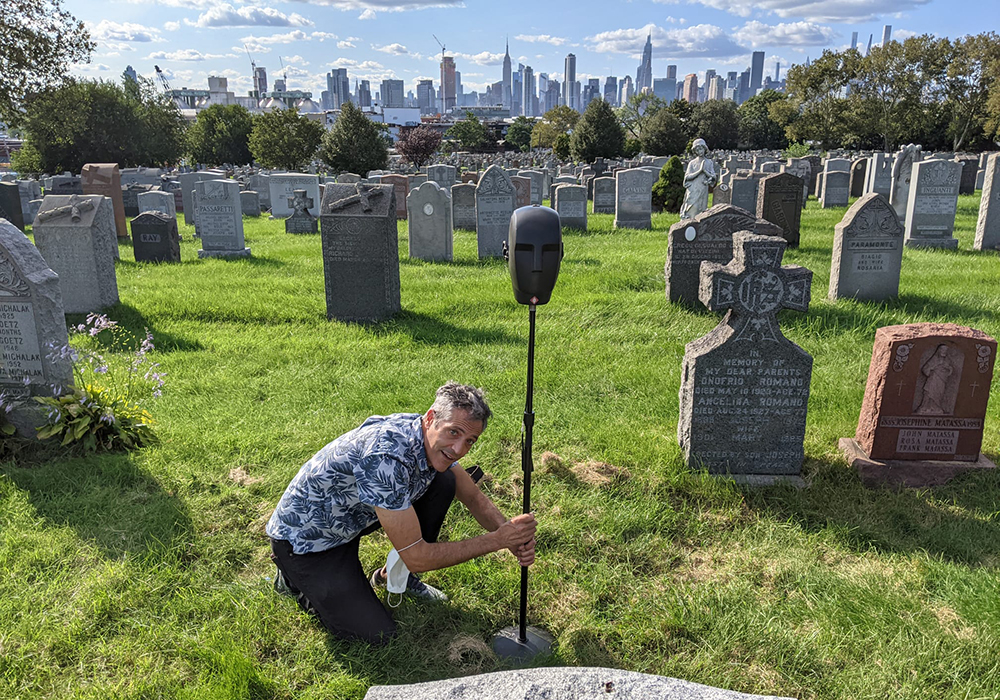 Soundstripe: How do you feel about the current state of sound design in film? What might the future hold?

Green: Well, first off sound design in Hollywood movies is already so good. You go to see the latest Randy Quaid — or, I don’t even know if he’s alive or whatever — film, or an Owen Wilson movie and they’ve spent millions and millions of dollars and had great people do amazing sound design. But I think, in some ways, it always has to work in a certain way. A way, you know, where you can sit back and just let the sound wash over you.

You’re rarely an active listener in that equation. So there’s a lot of different ways of listening, and that passive way of listening is one that’s certainly pleasurable, but I’m interested in a way of active listening which isn’t usually part of the Hollywood film experience.

I’ve worked with Mark Mangini, who’s amazing and just won the Oscar for Dune and worked on Mad Max: Fury Road, and I’ve certainly seen just how much a more active style of sound design can bring to a theatrical experience. However, there’s still a huge difference between how spatial sound and binaural sound can be used in terms of sonic realism for filmmakers playing smaller theaters or online.

And this is also true with the documentary experience which, when compared to Hollywood sound, is often pretty second-rate. Most documentary sound people are using mono mics, and it’s hard to even get someone to even use a stereo microphone. Until this film I was kind of very crude when it came to documentary sound myself, so I’ve learned a lot working on 32 SOUNDS.

Soundstripe: Do you have any advice for filmmakers you'd like to share in regards to the importance of sound in film?

Green: One very basic thing that I’ve come to feel strongly over time is that you think of cinema as a visual medium because it is — in general the picture is so much more dominant — but sound works in fascinating, mysterious and powerful ways.

It behooves us as filmmakers to really consider sound and the ways in which it can be an equal partner in the cinematic experience. So try to be open to letting sound be a full-time partner in this storytelling process as a way to move an audience.

The second piece of advice that I’d give to myself 10 years ago is to try to understand that documentary filmmaking is pretty behind-the-times in terms of sound and sound technology.

It’d be wise to look at other disciplines and see what they’re doing with sound. Radiolab is a great sound inspiration for me personally. And there are a million podcasts that do a lot of good sound design. I’d also say VR and gaming, while maybe not as relevant today, are important to explore as another future for sound.

For more sound design and filmmaking insights, interviews, and resources, check out some of these additional articles from the Soundstripe blog:

How Do Filmmakers Traditionally Find Music Without a Site Like Soundstripe?

Ranking the Greatest Movie Soundtracks of All Time

What is Sound Design in Film, and How Do You Use It?