Breaking Down the 3 Stages of Video Production 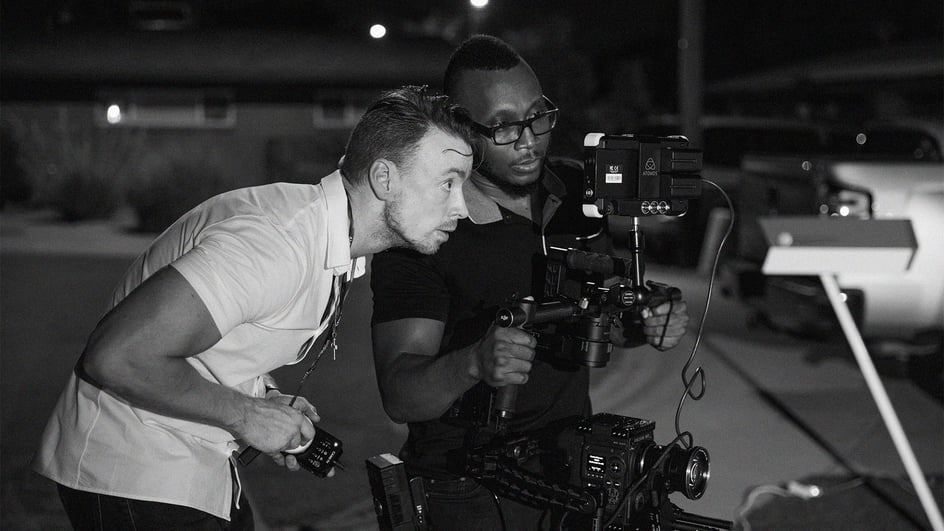 Let’s do a thought-experiment here: When starting out on a film or video project, where do you actually begin? Do you open up a new project in your video editing software of choice? Do you turn on your digital video camera and yell “Action!”? Do you sit down with pen and paper and start writing a script? Or, do you start even further back than that?

The answer to that first question might be different for every creator or video production company. However, it’s a good lesson in recognizing that the film and video production process is a multi-layered approach.

There are many steps to go through, and more often than not, you’d be foolish to put one ahead of the other. But what are these different stages?

While we’ll explore each more in-depth below, the three basic stages of the video production process are as follows:

But what do these terms mean for a modern video production company or creator? And how do we actually define these steps including writing, shooting, and editing?

Let’s go over the proper stages of the film and video production process — from pre- to post- — as we define the individual steps within each. Starting with…

Before any camera operator hits “record” or any video editor hits “export,” the real magic of filmmaking actually happens. We’re talking about the fascinating world of pre-production. And there’s a couple of ways to look at “pre-pro” in terms of what actually needs to get done.

That being said, let's look at some of the main stages of this pre-production phase for video projects of any type:

Those are just some of the main steps to consider. Pre-production can also be thought of as a catch-all term for any and all video marketing and production needs which are simply required to be done before the video making process actually begins.

And now, here are some helpful tips to consider for pre-pro.

While we’ll go over some individual points below, the real crux to pre-production is obviously about planning and foresight. More often than not, the success of your project is decided in this pre-production stage. If you don’t put in the work here, there’s only so much you can do in production (or that you can save in post) to make up for lost time.

To help with your transition into production, it’s also super helpful to have an organized and well-designed call sheet to keep everything on track. To help you out, we’ve got some customizable call sheet templates which you can check out here.

Moving on from pre-production, we have the all-important stage of production.

While there may be a little overlap with some production elements that start during pre-pro or continue  during post, production is its own animal for the most part.

For a standard video production team, the main stages of production  all have to do with the creating, recording, or compositing of footage and video assets to get ready for assembly in the next stage.

Some of the main steps of this production stage include:

Again, there can often be much more to the production stage. But from a basic definition standpoint those are the key elements to any production process. The key is simply to make sure your video project is being done with your outline and target audience in mind.

Once you’ve done your work scripting and outlining your project’s needs in pre-production, here are some tips to help you as you dive into shooting:

Production times can vary quite a bit from project to project and based on different types and expectations.

However, one universal rule for any video project is to account for the unexpected. There will always be some sort of hiccup or problem to solve, so be sure to build in at least a little bit of extra time to keep yourself sane on set.

Finally, once all scripts have been written and schedules outlined, and you’ve recorded all your footage and audio on set, you can dive into the world of editing and the post-production phase.

Keep in mind that this stage is by far the longest on most projects.  However, in many ways it's also the easiest phase, if not at least the most direct.

Here are the main steps which are often included in the post-production phase:

As you can see, there’s a lot that still needs to happen in post-production. Similar to the other stages, a few of these steps like the sourcing SFX and selecting music can actually be done (and even signed off on from clients) early in the process. However it still usually falls to final approvals coming in this stage.

Speaking personally, I like to think of the post-production stage as three stages which I break down as:

The first step, the assembly edit, can often be done as a background task or by an assistant editor.

The second step, the actual edit, is where the majority of the artistic work is done, as well as when hard decisions are made like which takes to use and what parts to trim or cut outright.

And the third step, the review edit, is where you handle the usually slow (yet important) video process of getting final sign-offs. It’s a necessary step before you do your final and often long exports.

(For example, a good video production company will probably want to check in with the clients to make sure that the production schedule is on-time and that the video is perfect for the target audience.)

Depending on your type of project, the post-production process can take anywhere from a few days to a few years. (Yes, there are many notable movies or projects which have taken years to edit — just ask Terrence Malick.)

However, for most projects you should expect a post-production process of at least a few weeks or months before you can submit a final video to a client.

To speed things up and keep expectations under control, here are some tips to keep in mind:

Hopefully many of these tips are unnecessary for your project and post-production process. But in the real world there are plenty of instances of clients or project managers demanding changes out-of-order or trying to skimp on payment, so it’s still helpful to remember these tips.

Your best bet as an editor — or a filmmaker completing a project from start to finish — is to clearly convey and establish a timeline for a project. That should include final payments and instructions for sharing (or publishing) the final deliverables.

If you’ve set clear guidelines and hit your marks during all stages of production, you’ll never have anything to worry about besides doing your best work possible.

Did you find these stages of production to be helpful? Would you like to learn more tips and tricks for working in film and video? Check out some of these other great articles from the Soundstripe blog below: