What Are SFX And How Can They Make Your Videos Better?

Let’s remove any confusion right away: “SFX” is one of those weird terms that originally had one accepted meaning and now has two. We used to think of it as a “special effects,” but it has also expanded to include “sound effects” as well.

And what is the SFX we’re talking about today? Sound effects, of course.

For starters, SFX are a key piece of successful sound design. And sound design plays a major role in how the best filmmakers draw audiences into a story.

In other words, if you aren’t already using SFX (or royalty free music) in your videos, you’re missing out!

But it’s not too late to catch that train before it leaves the station. Sound effects are a tool that you can — and should — add to your utility belt. Here are three reasons why: SFX provide a sense of realism, add emotion, and set a scene without dialogue/exposition.

SFX add realism to any video

The biggest challenge of creating art is convincing audiences to “buy in” to something that isn’t real. Storytelling is really just a (highly respectable) form of lying, and the best filmmakers are experts in this artform. 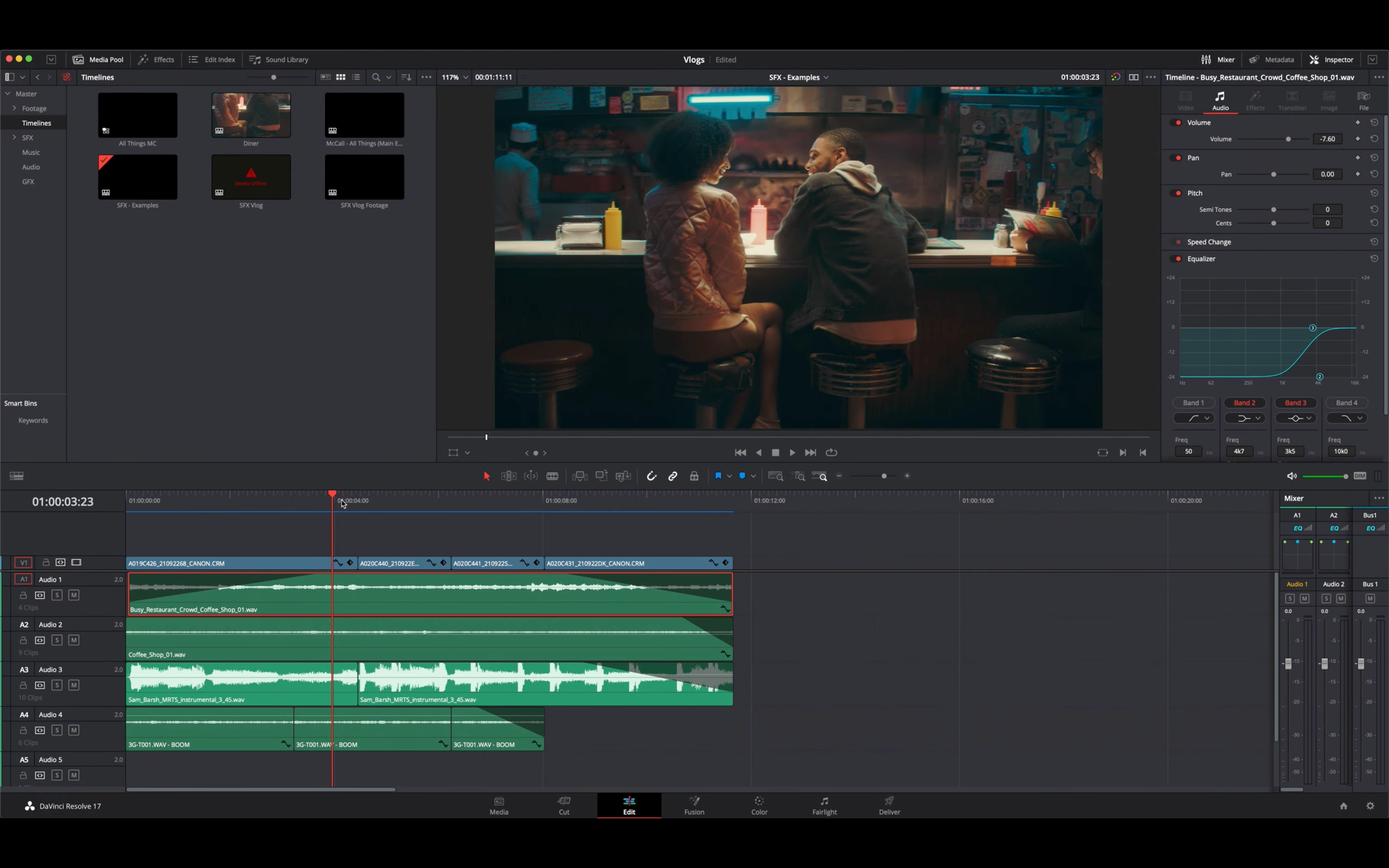 Watch our tutorial on how to effectively use SFX

But how do you make viewers believe something that’s on screen if they haven’t experienced it themselves? How do viewers connect with things like Blade Runner or Master and Commander when they’ve never lived in a cyberpunk future or seen naval warfare?

We’ve all felt fully immersed in a movie or show before, whether it’s Game of Thrones, Zero Dark Thirty, or The Walking Dead. Those quiet moments when you scoot up in your seat and lean forward? That’s sound design (and good pacing) at work.

The small, subtle additions of certain effects paint a picture that our brain can make sense of. Our eyes see our favorite actors in costumes on a set, but SFX convince us that we’re seeing something real play out, captured or recreated for our enjoyment.

One odd fact is that popular SFX can become so widely recognized that they change our perception of certain sounds. Swords don’t make a shing noise when they leave their scabbard, and most gunfire sounds more like a popping sound than an explosive bang.

But because movie and TV viewers came to recognize those sounds’ portrayal on screen, we feel like videos that don’t use those SFX are missing something. The dramatized version has become our reality, and now those sounds are staples in any creative work.

SFX Establish A Sense of Emotion

Okay, so now you know how SFX can help make your videos more believable. One part of creating a real connection for viewers is emotion. If you can make the audience feel something, you have their attention and their interest. It’s the ultimate victory for a filmmaker.

Sound effects play a role in that as well. A visceral scene can create an unforgettable moment for the audience. My bet is that there is some strong emotional reaction involved.

When you think of a great action scene — let’s go with a car chase — what stands out? No matter how loud or heavy the music is, you can almost feel the screeching tires, the crunching collisions, or the thundering engines.

At first viewing, the music kind of runs the show in this scene of Baby Driver. But if you listen closely, you’ll hear that it’s the SFX setting the tone.

The whoosh of objects passing into frame line up with the song’s beat. High pitch sounds — like screeching tires and police sirens — trigger our instinct for danger. And the engine roar kicks our adrenaline into gear, even if there’s no physical threat to us in the audience.

Sounds are an important sensory input, and they play a big role in the overall “magic” of film and visual storytelling as a whole. Because of that, SFX are the trick to helping viewers connect what their eyes see to what their brains expect to see.

In other words, it makes the “lie” even more believable because the audience is feeling what they would feel if the on-screen action was real.

A common mistake for novice filmmakers is to frontload a video with exposition. It doesn’t matter whether you’re making an indie film, a documentary, a marketing ad, or a travel vlog — if you start with an “info dump” to set the stage, you’re going to drive off viewers.

Sound effects, however, give you a shortcut. They’re a way to establish a setting or mood without using dialogue or even music. If you’re in a busy city, distant car horns or muffled voices from the upstairs apartment can tell the audience where they are.

The first 2 minutes of Joker introduce viewers to Gotham City

In the first 2 minutes of Joker, we're introduced to the world of Gotham City. The distinct sound quality of a radio broadcast, muffled voices, the distant bang of a slammed door — all of this gives us an understanding of where the character is, even if all we see is him in front of a mirror.

Creating art is all about detail. The little things are what separate great filmmakers from everyone else, and SFX play a role in that.

Thoughtful sound design ups your storytelling game in a big way. Suddenly the audio elements are establishing the setting, creating emotion, and adding realism…which means the visuals don’t have to. If each component has a job, they all become more effective.

You’ve probably seen a trend emerge by now. Each of my points builds on the previous one for a reason.

Creating a video is about layering pieces together, and once you understand what sound design does, you’ll also see just how big of an impact SFX can make on your filmmaking process.

Instead of asking “What are SFX” the better question is “How will SFX make my videos better?”

In Hollywood, good sound designers usually have long and celebrated careers. (Not unlike good editors, for what it’s worth.) By focusing on the small things in a scene, SFX help bring a director’s vision to life in ways other editing tricks can’t.

And you can start doing that right now. Go out and gather recordings. Set up a foley studio in your basement. Purchase a great sound effects library. Whatever you decide to do, it’s important to treat sound effects like any other component in your video creation process.

And if you do, you can just sit back and wait for people to start engaging with your videos at a newer, deeper level.

Looking to create more depth to your short films? Want to give life to objects in a scene with a little sound design magic? Well, the good news is you can — we've created playlists of different sound effects so you can get an idea of what's out there and how it could add to your current project.

(And no, you don't have to be a Soundstripe customer or member or anything. Anyone can browse our library to see what's available.) 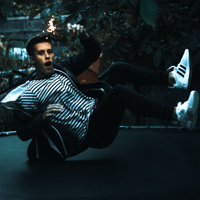 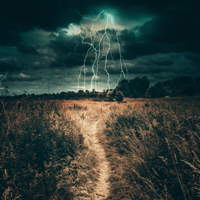 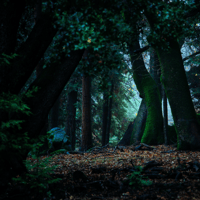 Find the perfect sounds for your film production

For a long time, getting access to a sound effects library was just like getting music for a film.

You'd have to purchase a license, or at least purchase access to a library. Then you'd search through the archives to find what you need. And if you couldn't afford the fees of licensing music and sounds from the major production companies, you'd have to create or record all the sounds yourself.

But the good news is you don't have to worry about picking up a second job as a Foley artist and creating all your own sound effects, or spending the next few months capturing audio yourself.

If you subscribe to Soundstripe, you can get unlimited access to our entire library of royalty free sounds, music, and even stock video. It's the kind of resource that can help you bring the world of your film or video to life, and it's never been more affordable.

Oh, and if you're already a member, what are you waiting for? Open our library today, search for SFX, and start browsing tens of thousands of sounds to use for your film or video project.

Our hope is that this guide does two things:

If licensing stock media makes sense for your creative process, you'll also benefit from royalty free music from Grammy-winning artists. If you subscribe to Soundstripe, you can get unlimited downloads from our catalog of royalty free music, sounds, and video clips.

Here are guides to some of our most popular audio content: