Unlocking the Power of the High Angle Shot in your Cinematography 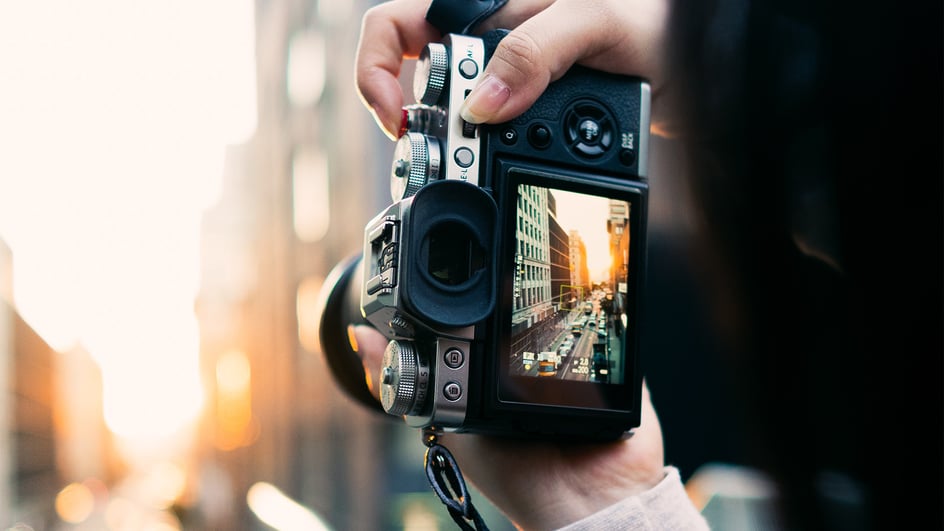 When setting up a shot in your film and video project, there are a lot of variables to keep in mind. Firstly you’ll need to decide what type of shotthat you’re shooting. Will it be a close-up shot, a medium shot, or a wide shot? You’ll also need to decide on your focal length and if you’ll be adding any movement to perhaps turn it into a tracking shot.

Today we’re going to discuss another key element which can also be a huge factor in the psychology of your shot. We’re talking about shot levels and planes, and in particular the high angle shot and what this shot angle can do for your film and video projects.

What is a high angle shot?

Ok, so before we dive in, let’s go over some basic terms first. What does a “high angle shot” actually mean? A basic high angle shot definition is simply any shot which is positioned from a point higher than the subject(s) of the shot so that the camera is facing downwards. 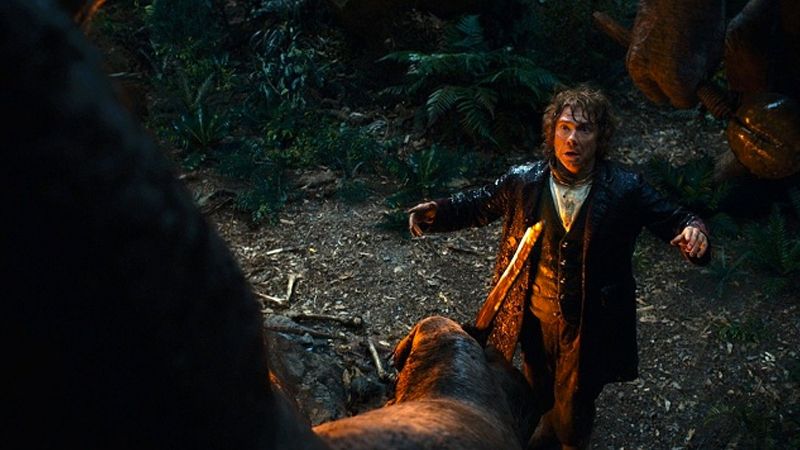 This high angle shot definition is the polar opposite of a low angle shot which works from a low camera angle facing upwards. As is the case with both, even with subtle to extreme angles these camera angles can greatly affect the psychology of the scene as it can tell the audience quite a bit about the characters and story.

High angle shots are often used to make characters (or items) appear smaller or less powerful or important in the context of the shot construction and scene. Whether it’s a POV shot from another character looking down at a subject weaker than them, or if it’s an omnipresent “god shot” from way above, disconnecting us from the scenes at hand — there’s a lot of fascinating psychology to explore.

What is an extreme high angle shot? 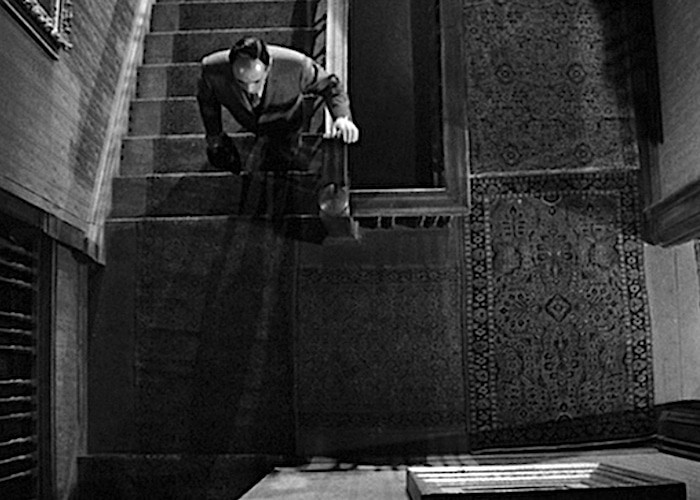 However, in other instances, placing the camera extremely high up can be a great way to create a beautiful — and intellectually stimulating — composition. These extreme high angle shots can either be shot from a tripod raised high in the air, or by more extreme measures like shooting from a helicopter or drone, or from several stories up in a nearby building.

When looking back through film history, there are a lot of great examples of high angle shots to explore. Even in the earliest days of cinema filmmakers began to experiment with the differences between keeping all their shots at eye level, or changing the camera angle of their cameras.

Most of the examples of high shot angle cinematography can be broken down into three different types of filmmaking decisions:

First off, the high angle shot is great for many practical reasons as it simply allows the audience to see so much more of what’s going on. From high-flying action sequences to large set pieces with lots of extras, putting your camera points up high simply makes sense.

Similarly, if you’re shooting an object of importance on a table like a key or a letter, it also of course makes sense to shoot those from a high angle simply so they are viewable and not obscured to the audience.

Moving on, these are the many camera angles which are meant to say something, so to speak. You see these high angle shots quite often at critical moments in a film as a way to make them more impactful and focusing on an emotional response as a subjective camera. 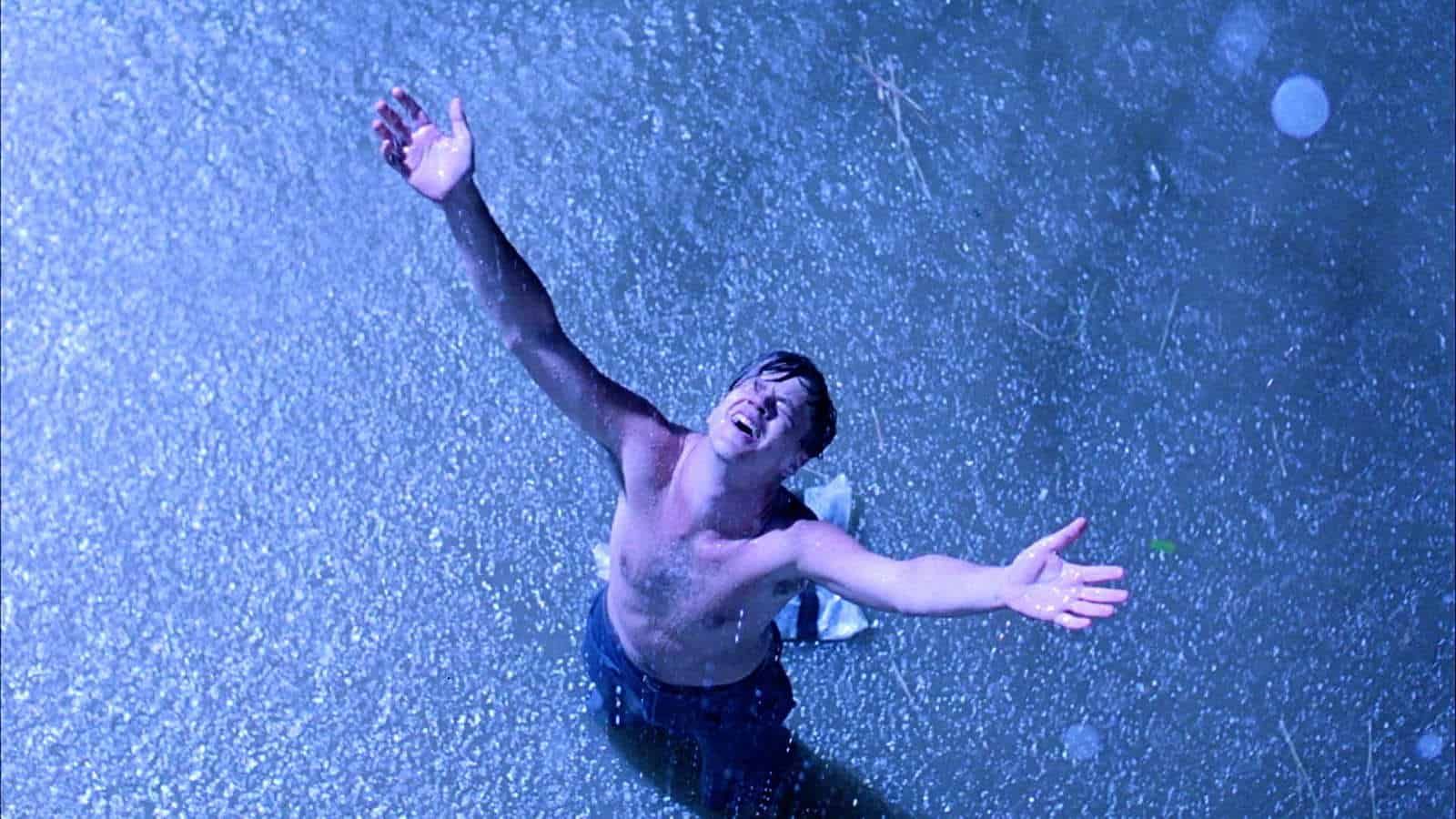 I love this example from The Shawshank Redemption because it is truly a climax moment in the film and we get to see the main character finally free, as well as with his face pointing up so that his joy comes across as well.

While a bit similar to motivated and emotional decisions, high angle shots can also be used to simply help build your characters and themes throughout your film. For example, if you want certain characters to appear (either subtly or overtly) weaker than other characters in the scene, shooting their shots from a slightly higher angle can give the audience hints about how to feel about them. 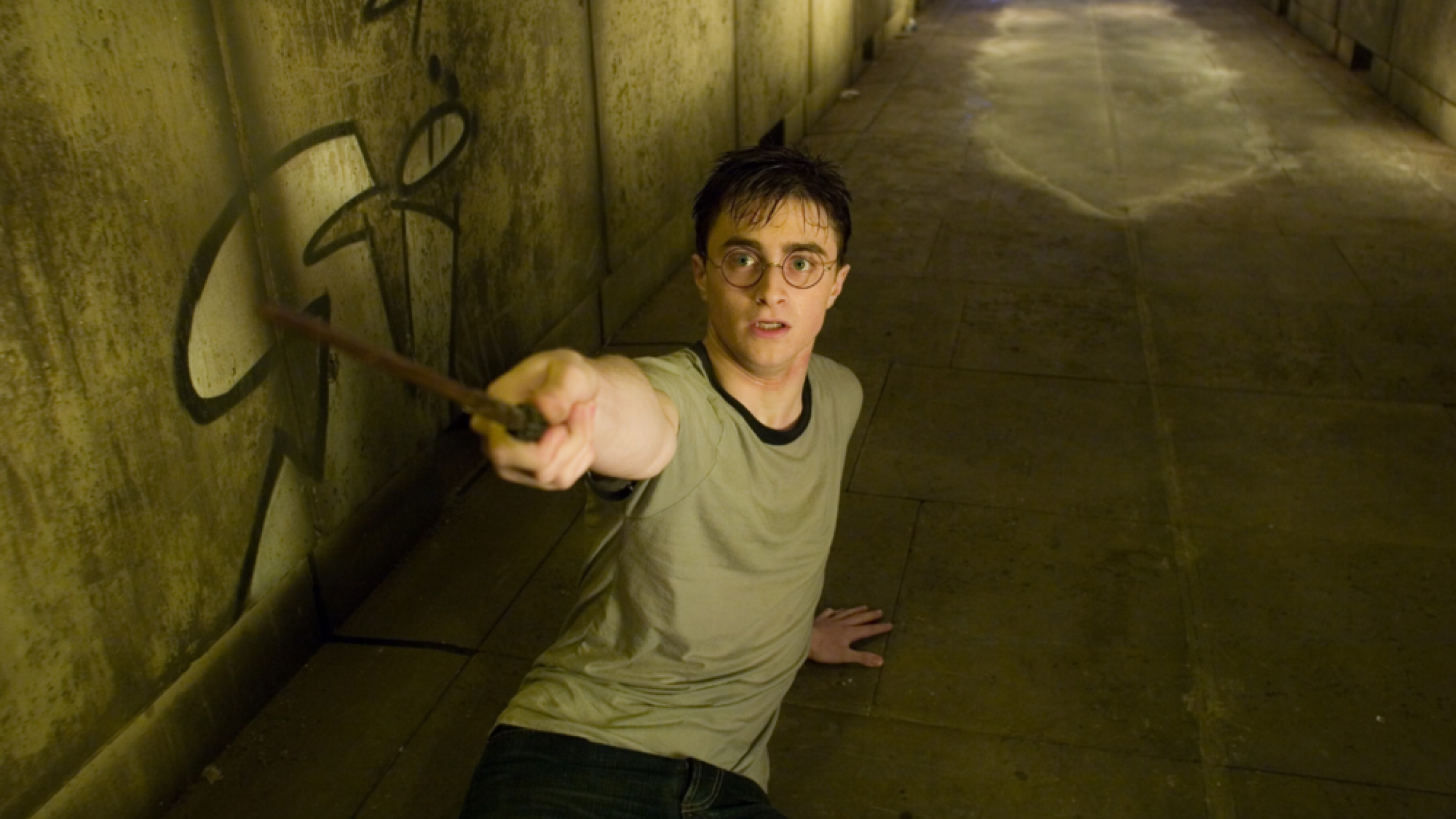 Now we can finally discuss how you can actually go about shooting high angle shots in your video projects. Just as you would with any other type of camera shot, high angle shots should be constructed with all the same techniques like the rule of thirds, include three-point lighting, and practice solid cinematography fundamentals.

However, unlike many other shot types, filming from a high angle does require extra precautions — especially when you might be placing your camera well above the heads of your cast and crew. But in general, here are some tips to keep in mind:

Speaking personally, some of my favorite high angle shots which I’ve either seen in film or tried myself are the ones that make creative use of the environments they’re in. For example, if you’re shooting a scene next to a building, including a shot from a higher angle might present some new narrative opportunities.

At the end of the day though, high angle shots are just another tool in any filmmaker’s box. High angle shots will always work best when worked in with a greater array of other shots angles and types as a way to fully engage your audience and tell a meaningful story.

If you’d like to read up on some more film shot types and theory, check out these additional articles from the Soundstripe blog.