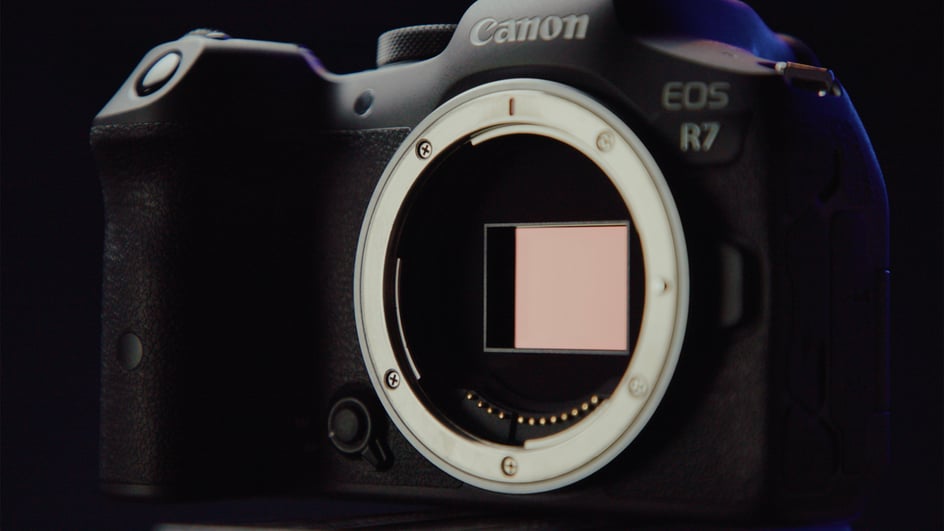 However, as the days of the DSLR now appear long gone, the brand has made many noble attempts to recapture that same market-share — most notably with their 8K-capable Canon R5 mirrorless camera.

Still, for those who’ve been around long enough to remember it, next to the Canon 5D sat an equally popular (and perhaps even more practical) option: the Canon 7D. Well, in the spirit of recapturing their halcyon glory, Canon has now released a Canon R7 which might finally be the heir apparent to the 7D — and prove that Canon is back at the top.

What to know about the Canon R7

Announced back in May and finally released in June 2022, the Canon EOS R7 is another major step forward in Canon’s long march from DSLR technology into the world of mirrorless as the new flagship APS-C camera in their mirrorless R system. With a 32.5MP CMOS sensor (and their familiar DIGIC X process), the R7 promises to be a perfect blend of performance and portability… you know, similar to the 7D.

As you can see in the video above, our team was able to take the R7 out into the wild and really explore just how versatile the camera could be on a high-end production shoot. That included testing to see just how pristine the R7’s 4K video can perform even when oversampled from a 7K area.

Also similar to the 7D (a theme of any exploration of the R7’s viability), the R7 features some fast Dual Pixel CMOS AF II auto-focusing technology as well as the aforementioned 4K at 60fps 10-bit video recording which should rival any other similarly-priced cameras from Sony, Panasonic, or Blackmagic Design at this price point.

Here are the full specs and price:

Now that we’ve gone over all the specs and features, the real question at hand for the R7 seems to be if (as its 7D legacy would dictate) it can handle the rigors of being a true A-cam on a production — or will it always be a fun and reliable B-cam used to fill in the gaps.

As the team sums up their findings from their video shoot with the R7, the R7 — while very capable and offering a high quality of footage and diverse functionality — does lack a bit in terms of that higher-end production quality. For certain web-based projects it might bean acceptable choice as an A-cam for a vlog or YouTube series.

But for those looking to shoot commercial projects, feature or short films, and higher-end corporate work or weddings, the R7 might best be used as a B-cam to a slightly higher-quality Canon camera like the C70, the aforementioned R5, or a cinema camera option like the C500.

And it bears repeating: Back in the day, the 7D was an ideal partner to a Canon 5D or a C300 as a tried-and-true B-camera that could be used with confidence to fill in any second interview angles, behind-the-scenes B-roll, or any other B-camera needs. The R7 seems to fit that same mold, but for anyone looking for a mirrorless camera.

If you’d like to read some other camera news, reviews, or buy guides, check out these additional articles on the Soundstripe blog: