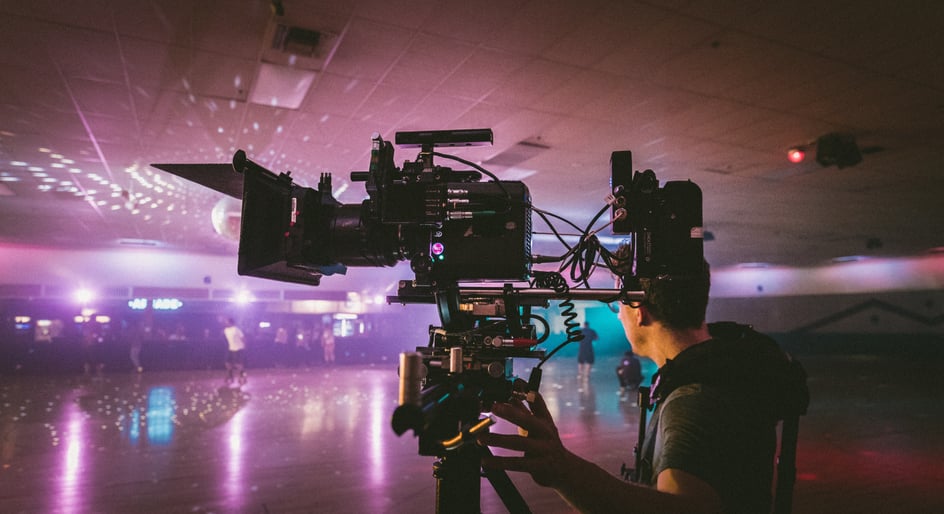 You know, it might get a lot of knocks from old-timers who have worked in the industry for decades, but there’s actually something cool about living in a digital revolution.

For one, it doesn’t take much — if anything at all — to start a video production company on your own these days. All you really need is a dream, a business plan, and, of course, a video camera.

But say you are starting your very own video production company for the first time today. What camera do you pick? And why?

Before we address those issues, here’s a quick list of the best video cameras to start a video production company with (along with prices for each):

Of course, there’s a lot to unpack and explore here. But before we go over these selections in-depth, let’s look at some of the key tenets of what you should look for if you truly want the best video production camera body for your budding company and career.

Basically, to get into video production, you need to have the best video camera that represents the latest (or close to latest) and greatest in terms of what the market is offering. This is a mixed blessing of sorts for two reasons:

We’ll keep those two points in mind as we outline these core components of what the market dictates for digital video cameras today. The main things filmmakers look for are:

If your video camera will at least address (if not surpass) all of these requirements, you’ll be in a good position to win clients and create projects which look as good (if not better) than your competition and the rest of the general video-making public.

10 best cameras to start a video production with

Now, to help you on your journey, we’ve outlined our top 10 selections for the best digital camera to start a video production company with. Keep in mind, these video cameras range in price starting at the highest-end (around $10K) and going down to the lowest end (around $1.5K).

Obviously there is a major difference in image quality between these extremes, but if you follow the guidelines above, the success of your video production company won’t be just about which camera you choose, but how you choose to use it. 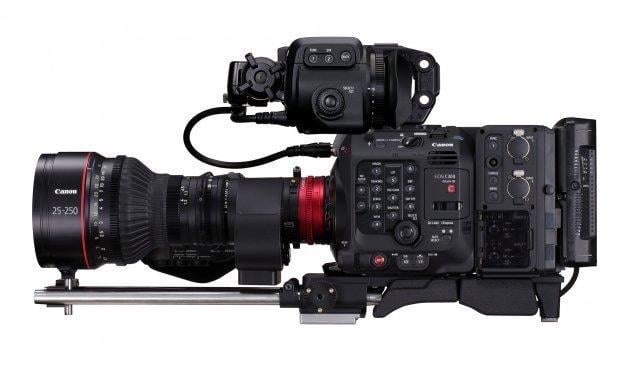 To start off our list, we’re going with one of the best workhorse cinema cameras currently on the market.

Unlike some of these other selections, we won’t bury the lede here — this camera is relatively expensive compared to your normal DSLRs and mirrorless cameras. (However, it’s worth noting that as far as cinema cameras go, this is pretty normal actually.)

With a Super 35mm sensor capable of up to 4K video at 120p and 16 stops of dynamic range, there’s a reason this is tops on our list. With the C300 mk III, you can rest assured that you’ll be able to get great, cinema-quality footage no matter the setting.

Like its C300 predecessors, this mk III is also great for run-and-gun projects like documentaries, high-end weddings, and your more challenging corporate and commercial shoots with its electric image stabilization and high frame rate recording.

Moving down significantly in price but still packing a heavy punch for those who might not have used a digital cinema camera in the past, the Sony FX6 is truly a 4K full-frame behemoth. And it’s making a name for itself in the commercial — as well as narrative — world of filmmaking.

Aimed to be a competitor to Canon’s cinema camera line (like our aforementioned C300 mk III), the FX6 should be a true workhorse for a variety of shoot-types as it’s built for documentary and heavy-commercial use. 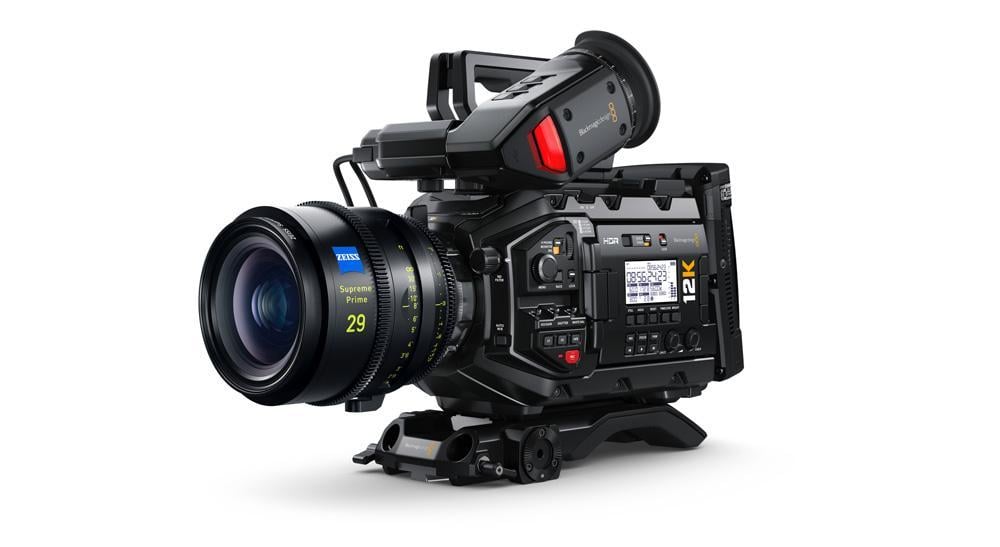 Also at a similar price to the above, the Blackmagic URSA Mini Pro 12K is another great option to consider. Perhaps best known for its coloring and editing programs like DaVinci Resolve, Blackmagic Design has really changed the game in the camera market with cameras like this URSA Mini Pro 12K.

With a 12K-capable Super35 HDR CMOS sensor, this beast can record 12K 17:9 video at up to 60p, as well as push plenty of other high frame rate ratios as well.

The real kicker might be its 80MP per frame of Blackmagic Raw which — when coupled with a great coloring program like Resolve — can look absolutely outstanding for your clients. 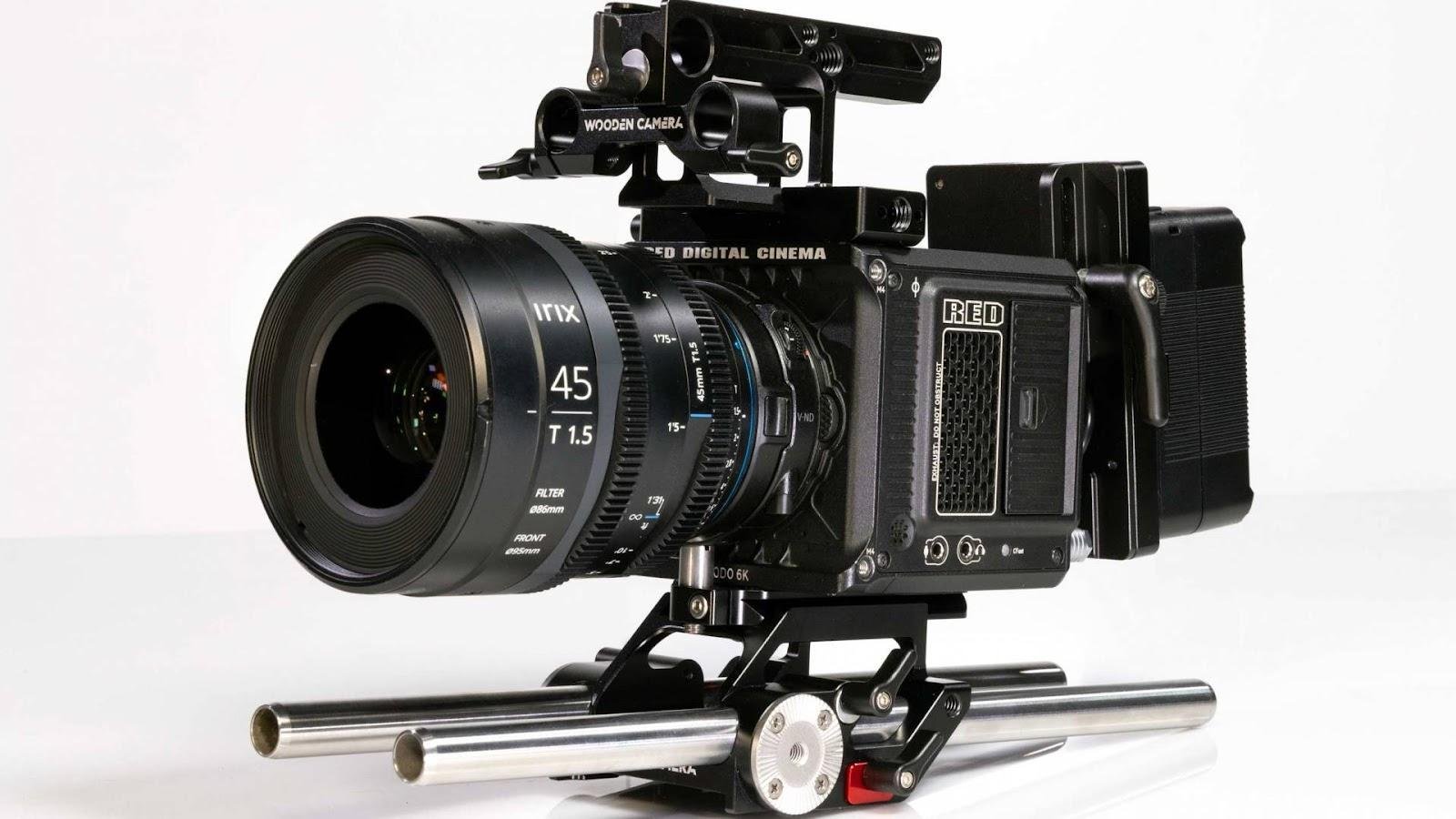 We’d be remiss to talk about some of the best video production cameras without mentioning at least one RED Digital Cinema camera option.

And truth be told, if you’re 100% serious about giving clients the absolute best footage quality possible (or perhaps shooting your feature film as well), then some of the higher end RED cameras (or ARRI ALEXAs) might be your best bet. They’re just nowhere near as cheap.

That’s why the RED KOMODO 6K offers the best of both worlds. Coming in at a very reasonable price point in retrospect, the KOMODO 6K boasts a 19.9MP Super35 CMOS sensor capable of 6K video at up to 40p, along with some serious 16+ stops of dynamic range.

If you’d like to start out with your first RED camera and explore shooting in REDCODE RAW or other high quality formats, this might be your best chance to become a RED-head. 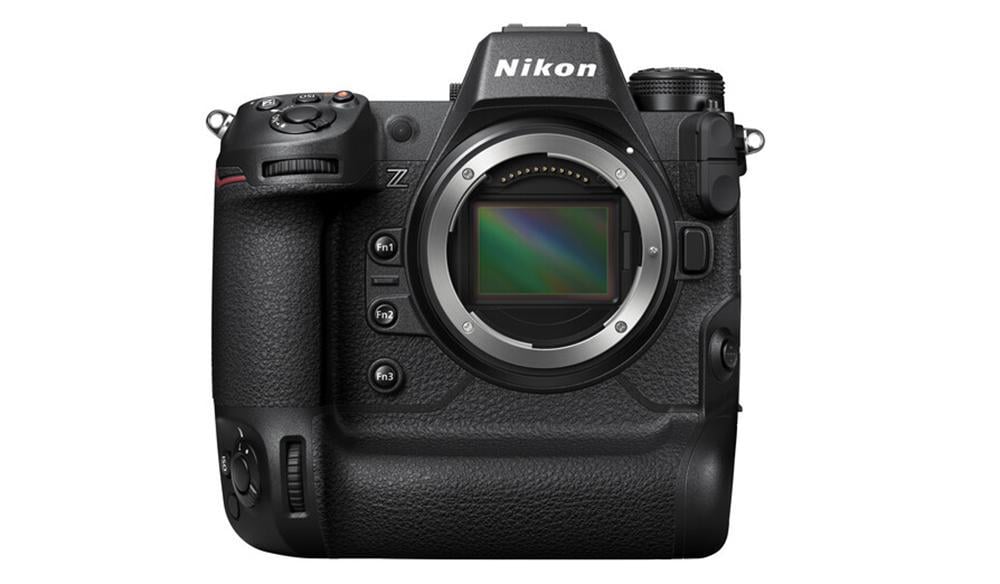 Moving on from what I’d call the “cinema camera” section of our list, we have our first surprisingly and just as powerful and functional option from Nikon to consider.

The Nikon Z9 features a huge 45.7MP CMOS sensor capable of a whopping 8K video at up to 30p. While not as big or built out as some of its cinema counterparts, make no mistake, this camera rocks.

If you've had Nikon cameras and/or lenses in the past, you know you’ll get great footage quality with its 10-bit internal recording and EXPEED 7 image processor. Plus, while it’s not a bigger cinema camera, it does have a solid array of easier-to-access features like a tilting LCD touchscreen, 2 CFexpress Type B card slots, and plenty of AF bells and whistles. 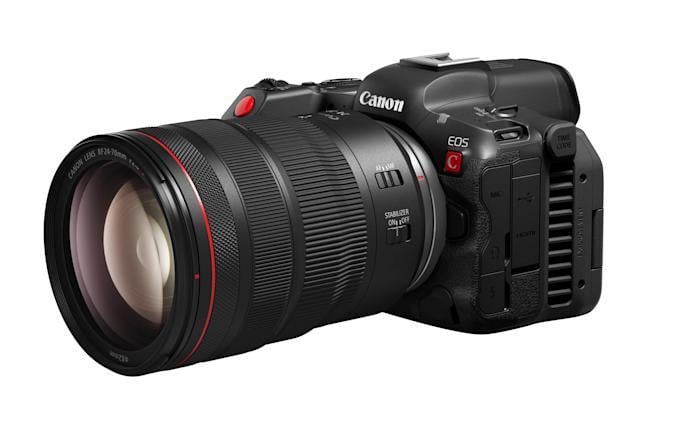 This was a tough call debating between which Canon camera to include at this spot. On one hand, the Canon R5 might be the most important camera in Canon’s recent history, however it’s been dogged a bit for some overheating issues. We could also shout out the Canon C70 as a better run-and-gun workhorse alternative without the 8K.

However, after Canon announced the R5 C, we might finally have the best hybrid option for any video production company to plan a brand around. With a 45MP full-frame CMOS sensor capable of 8K video at up to 60p (which can also record 12-bit Cinematic RAW Light footage as well), it’s hard to find a camera with better specs at this price.

It’s also got several years of Canon’s research and development behind solving some of their early mirrorless camera issues. Overall, the R5 C looks to be the closest in line to restoring the brand’s iconic DSLR 5D legacy to this new mirrorless-generation.

While released before the Canon R5 C, the Panasonic S1H might have seen some of its thunder stolen by newer and more exciting specs. But make no mistake, this is a killer camera offering as well.

With a respectable 24.2MP full-frame CMOS sensor which hosts 6K video at up to 24p, 4:2:2 10-bit DCI/UHD 4K, and beautiful V-Log recording, the S1H more than makes up the difference both with its functionality as well as a price drop from newer mirrorless options. 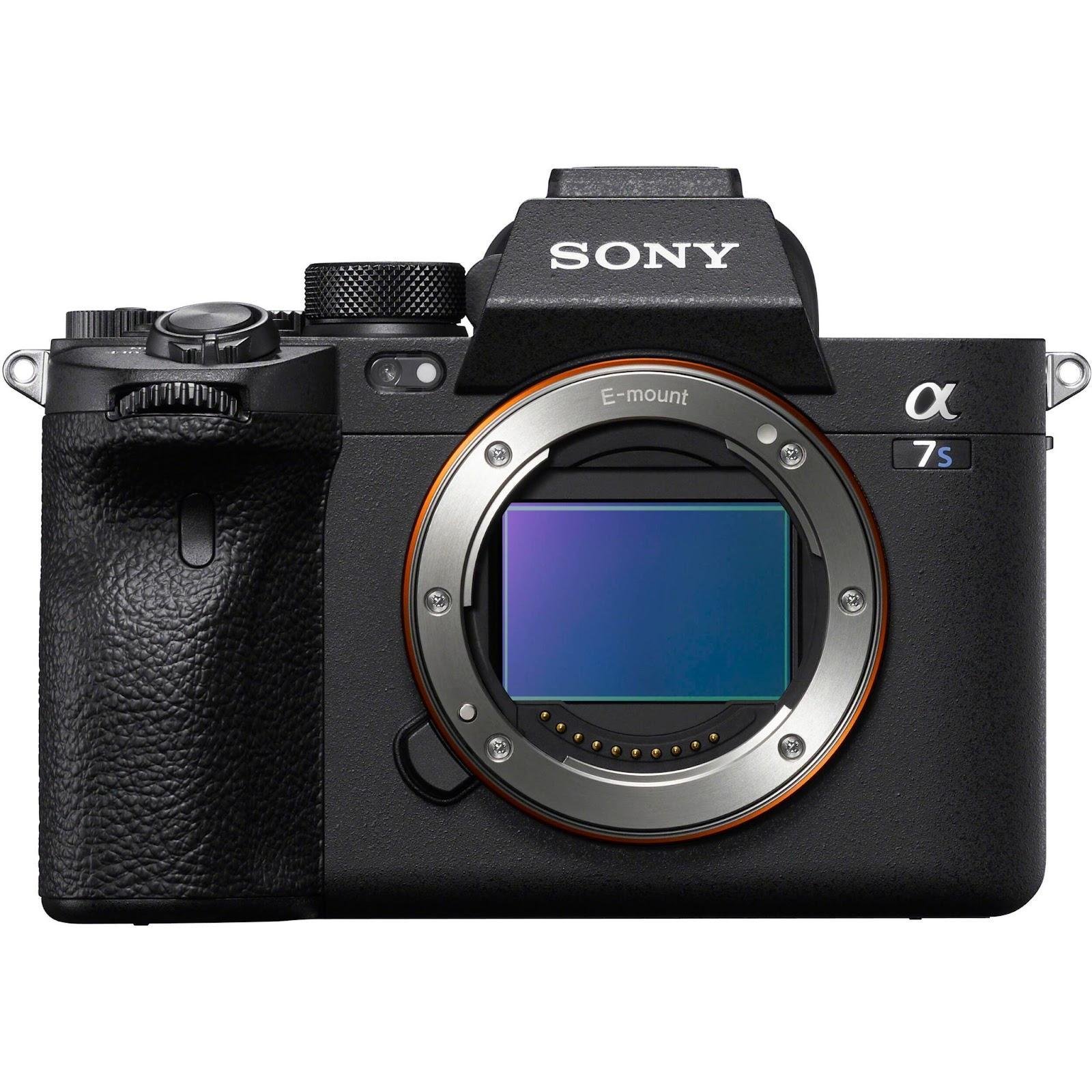 At the expense of alienating any faithful Sony camera fans, we also need to highlight at least one of Sony’s Alpha-line cameras as another great option to consider when investing in your own video production company.

And honestly, if you were to pick up a Sony FX6 (or FX9) as your main cinema camera, the a7S III could make a great B-camera (or even A-cam depending on your budget).

With a 12MP full-frame CMOS sensor that shoots UHD 4K at up to 120p, the a7S III’s day as a top-of-the-charts camera might be gone. But its reliable legacy — built on beautiful colors and crisp, sharp images — remains strong. 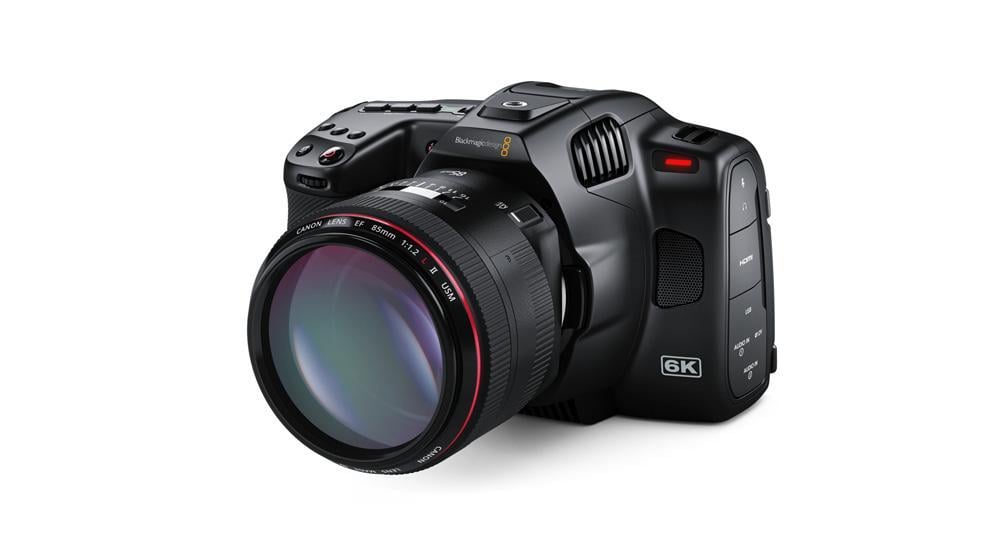 We also absolutely have to recommend one of the cameras from Blackmagic’s Pocket Cinema line, and the Blackmagic Pocket Cinema Camera 6K Pro represents the current best of the bunch.

The real perks of the 6K Pro might simply have to do with the RAW recording options and the 13 stops of dynamic range which make this easily one of the most affordable yet highly capable cinema camera-quality options on the market. 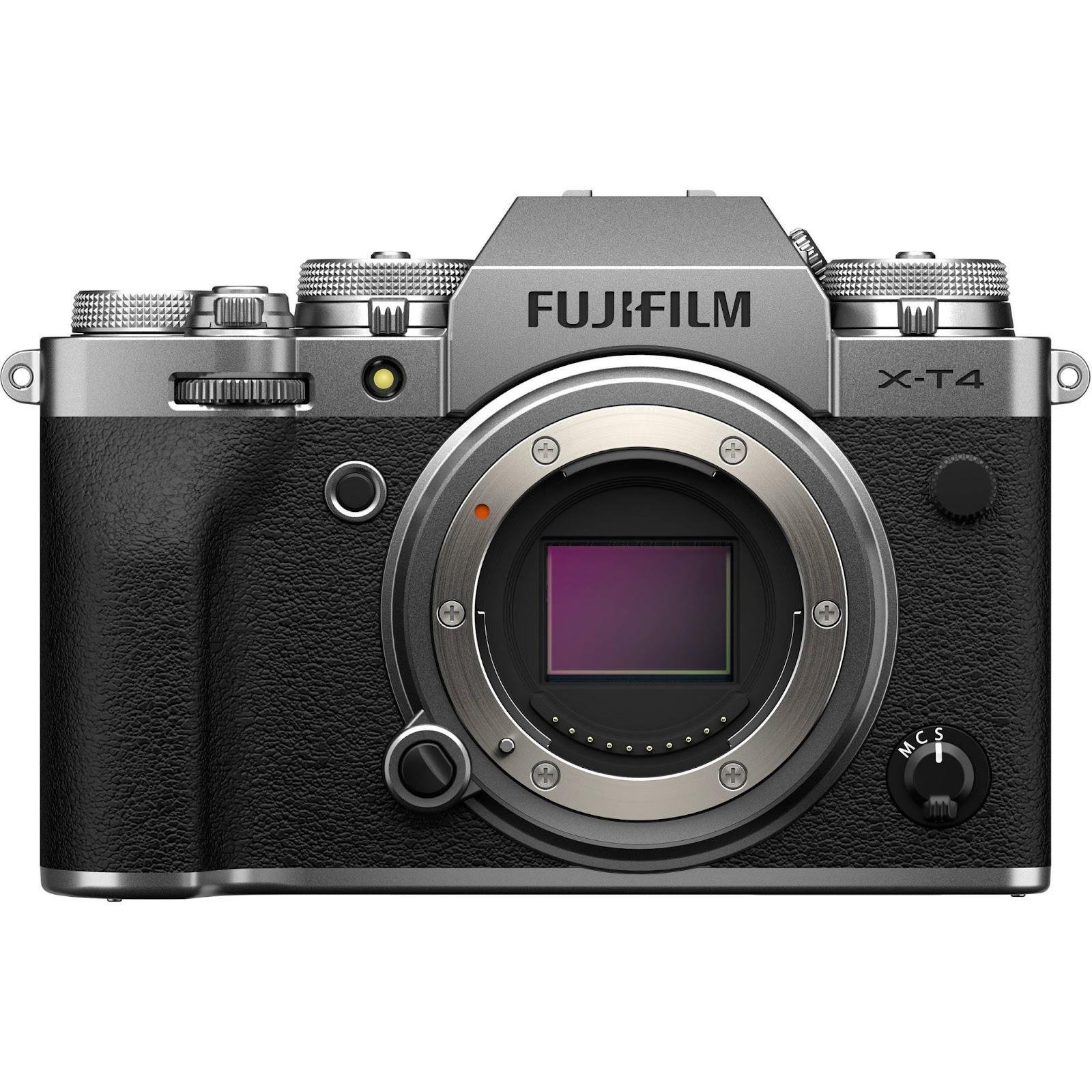 Finally, let’s round out our list with a camera that won’t set you back nearly as much as any of the options above (but might still be a perfect starter camera for your film and video production career).

The Fujifilm X-T4 is a fun and versatile mirrorless camera that’s great for both photo and video. It’s no slouch, with a 26.1MP CMOS sensor that offers DCI/UHD 4K at up to 60p, as well as some impressive HFR Full HD video at up to 240p.

It might not blow its competition out of the water with its bitrate or specs, but the X-T4 offers solid AF and plenty of bells and whistles which should be helpful for those creating content for YouTube or other online destinations.

Hopefully this guide has given you a better understanding into what makes a good video production camera, as well as some insights into which options might be best for your budding business or career.

If you’d like to check out some other camera roundups, or read up on some helpful filmmaking tips and tricks, check out these additional articles from the Soundstripe blog: