How To Use Sound Design to Add Depth to Your Film 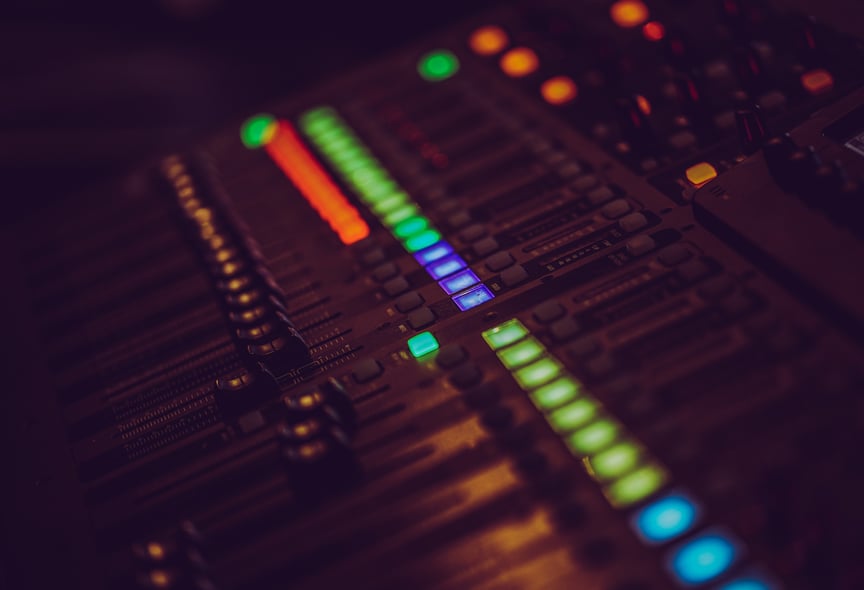 Okay, maybe not really. But it’s true that sound is an incredibly powerful component that has become under-appreciated as we move into a visual media era.

It’s not a stretch to say that sound can make or break your project. And that doesn’t just mean powerful film scores with big orchestras, or the legendary Hans Zimmer “booj” sound from Inception.

Every element of a video’s sound design has an impact. On one end of the spectrum, it could be really spotty and distracting; on the other, it’s so well executed that it elicits the perfect emotion out of every person who watches the video.

Our point is that sound is always critical to your viewers — even if you’re not producing blockbuster movies backed by million-dollar budgets.

Here are three pieces you should incorporate into your video’s sound design to make sure your film truly moves your audience.

Where does sound design process fit in the production timeline?

We can give a short answer to this, or a long answer. The short answer is "all three stages," but since that's not particularly helpful, let's zoom out and go a little more in depth.

In a purely technical sense, however, sound mixing and sound editing both occur during post production. Once filming has wrapped, sound designers will sit in a chair, open their digital audio workstation (DAW), and get to work on sound editing.

Post production is the stage when everyone involved in film sound design tackle their unique roles. A sound editor will sit down and check out the sound recordings from set, adjusting the sonic textures to align with the director's vision for each scene. A sound designer will also have to make decisions about mixing in music, but they're rarely the ones who make executive decisions about soundtrack music production. 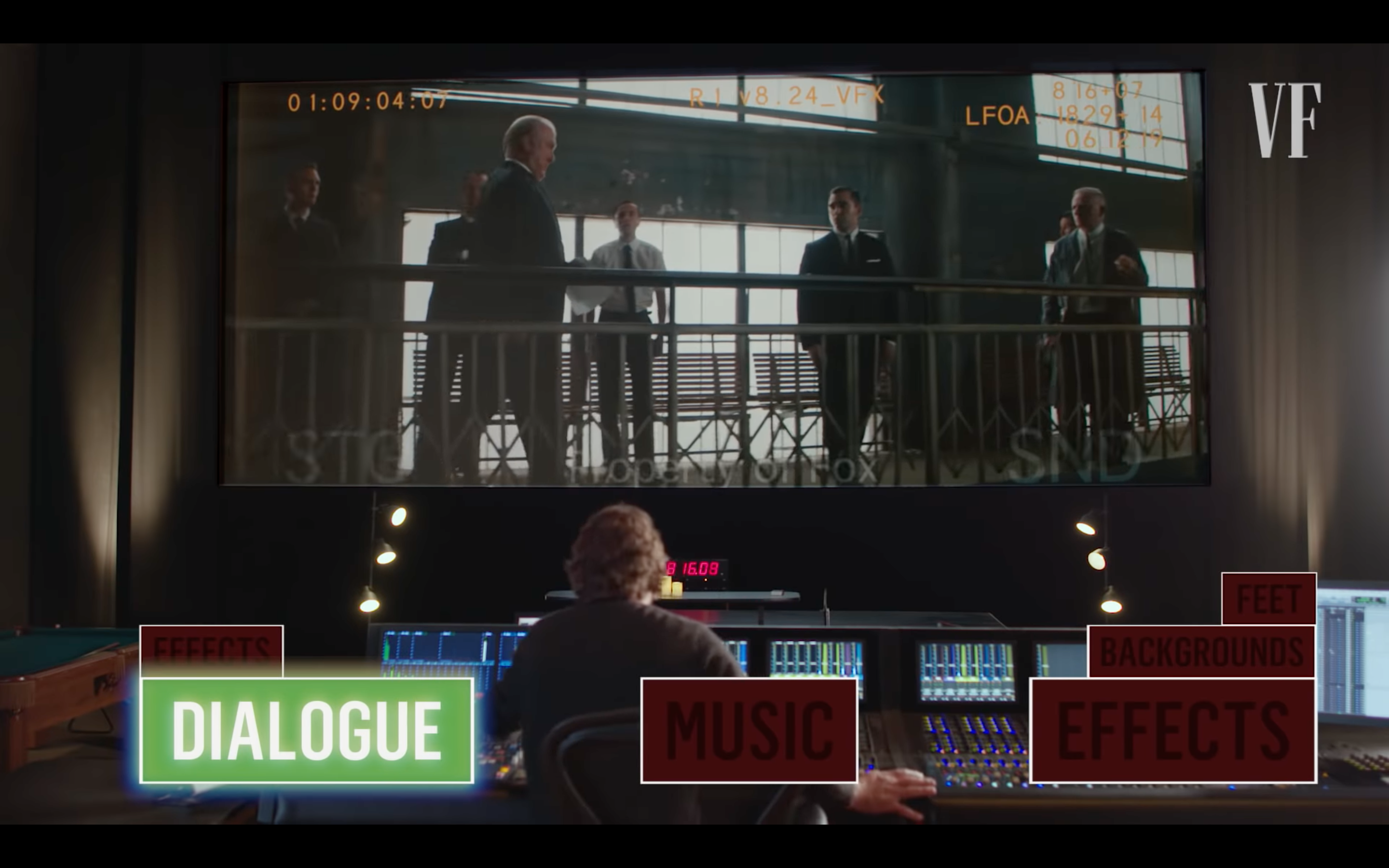 All these pieces come together in sound mixing, which you can see in action in this video about the sound design of Ford v Ferrari

Post production is also when sound designers see what needs tweaking, or creating, or outsourcing in terms of sound effects, background noise, etc. They may need to re-record audio and voice over too.

And, last but certainly not least, post production is when Foley artists get to work on their magic, crafting unbelievably unique sound textures for a film. (We'll give these artists some love later on, but for now all you need to know is that they can't create footstep sounds or monster noises until they can watch the film and match sound effects to the footage.)

What's the history of sound design in film?

A quick Google search will tell you that the term "sound designer" was first used in 1979, a gift from the godfather Francis Ford Coppola to Walter Murch. (To be clear, this title was actually given during production of Apocalypse Now, but the pun was too good to ignore.)

The two had worked together for a decade at that point, with Murch overseeing sound design on most of Coppola's biggest films. With so much experience together, Coppola put a lot of value in Murch's grasp of sound mixing and how much value sound design brought to film.

In fact, he saw Murch's work as more than just the technical work of "Audio Editor" — Coppola thought Murch was an artist in his own right, and credited him with a title that validated him and his contributions to the success of Coppola's films.

The sound designer role has expanded since then. Sound design is split up across a variety of roles, from dialog editor to Foley artist to the music editor and all the way to production assistant. Every one of these people (and more) work together on a sound design team, collaboratively building towards a cohesive vision that adds depth and realism to the film.

This is a fun story, but the truth is that the art of sound design existed before 1979. In fact, it really carries all the way back to the very first talkie films. From the moment that sound became a part of the film experience, filmmakers began searching for ways to let audio complement the visual elements, storytelling beats, etc.

Background noise on a scene can bring the setting to life. Music production can pack a scene full of any possible emotion, from dread to passion to grief. Some filmmakers use sound design to introduce a particular character or location (much as film composers use leitmotifs).

Sound design is like a Swiss Army knife. But that means that different people may think about sound design in different ways. To avoid any confusion, let's start with the basics of sound design and what all fits into this particular area of video production.

What counts as “sound design”?

Before we get into the process of filmmaking with sound design in mind, let’s take a step back and look at what exactly counts as sound design.

Sound design is the art of creating sound tracks (or “audio channels” in the language of video editing software) for projects like videos, films, podcasts, and anything else with an audio element.

Sound design is more than audio production or sound recording on set. And while music plays a role in sound design, sound designers almost never compose, orchestrate, and then conduct a film score. In fact, sound design isn't even limited to film/video — the growing popularity (and complexity) of video games has helped create a new wave of sound design enthusiasts and sound designer jobs.

These days, sound design is now part of planning for how the audience will experience and enjoy a piece of entertainment. And that makes sound design an valuable card to keep up your sleeves when storyboarding and editing your video projects.

Now, onto the major pieces of sound design.

Pro tip: Sound design is usually done through a dedicated sound design software, called a Digital Audio Workstation (DAW). However, filmmakers and creators who don't have a sound design team can certainly tackle sound design in whatever program they use to edit and mix their video footage. You can even set when a piece of sound design (sound effect, music cue, voice over line, etc.) will trigger.

Sound effects can be used to elicit an emotional response from your audience. For example, the horror genre uses sound design for this purpose exceptionally well. Sound editing is another filmmaking trick to add tension to scenes, or cause the audience to experience heightened moments of dread.

In other words, sound design is another, subtler layer of storytelling. 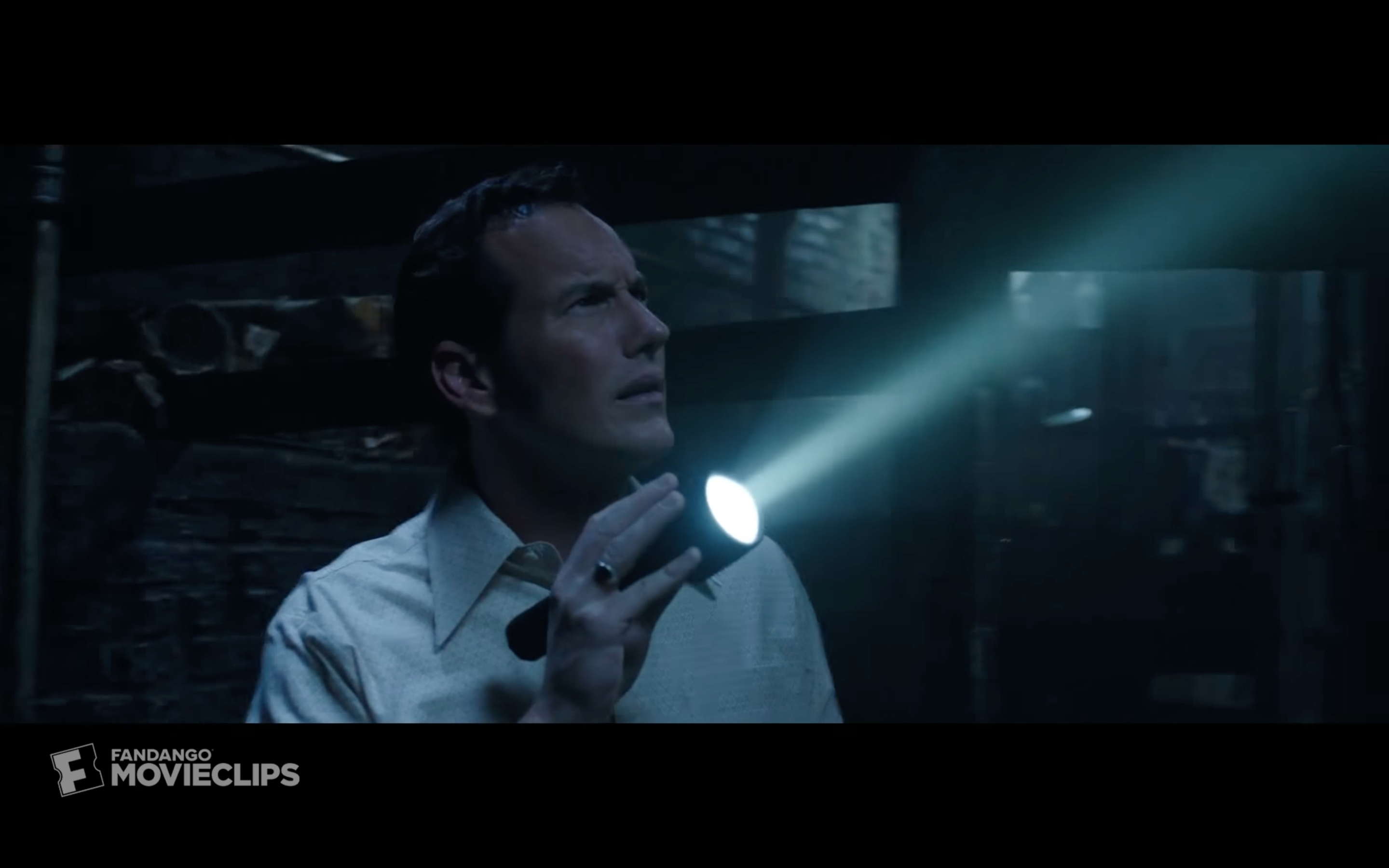 In this particular scene from The Conjuring 2, pieces of sound design that would usually be a quiet “background” element is suddenly loud and prominent. The rhythmic clinking of tools pushes the audiences’ pulse. Sloshing water is amplified, making the audience even more aware of the verbal silence.

It’s the quiet before the storm. We know something is coming, the inevitable “jump scare” that we love to hate. (Or is it “hate to love”?) And that emotion is tough to identify while watching a film because sound design can be more discreet than, say, the lighting or shot type.

Most film sound designers would include Foley under "sound effects." But it's not really a sound designer's job to produce sounds for films, at least not in the way that Foley artists do.

How Foley artists record sounds is where the magic comes into play. Their studio often looks more like a storage shed than a sound editing booth, since they're often packed full of chains, hay, sandbags, pots and pans, crates of vegetables, and just any other random object you can think of.

We could spend time trying to describe how Foley artists create their sound effects, but it'll be a lot easier to show you:

As you can see, this particular piece of sound design can really only happen during post production. And while there may be sound editors (even the supervising sound editor) in the studio, Foley takes a completely different skillset than any other element of sound design.

Good dialogue is worth more than ever before. While the rule of thumb used to be editing the audio track around the recorded dialogue, theatre sound design (and sound design software in general) have improved so much that voice work is just one element of a video’s overall sound design.

Of course, not every video uses voiceover work. But there are some cases (even in film production) when you’ll need to plan for dubbing, especially to adjust for less-than-ideal audio recording from the on-set shooting.

The process of mixing dialogue becomes part of the sound design in video production. You’ll need to make room for other pieces, and also to make sure that it doesn’t dominate the experience. After all, you didn’t do all that work just to let the script run the show, did you?

Sound design is the art of tying those two sensory pieces together. The sounds and visuals of your video should complement each other to help you make the most of both.

And planning how to use the voiceover or offscreen speaking roles means that even the smallest audio file can have a valuable impact on your profile.

While this might be the example you expect, it’s also the sound design element that most viewers will hold onto after the movie. Publishers sell film scores for a reason, and it’s because we, as humans, associate strong emotions with music.

Many people have specific songs that remind them of a place, or a loved one, or a moment in time. And the same is true for film scores. Any time you can create a powerful moment, you’re helping viewers establish a connection with that scene.

Unfortunately for many filmmakers, a good song choice will often carry more impact than that clever camera angle or that perfectly lit scene. Your hard work behind the camera or in the editing room still matters and drives the storytelling, but it’s important to understand the value of how music affects our brains.

You read that right! Sound is often a character, which is why you should take your sound design seriously.

We’re all about high-quality sound design here (It’s kind of our thing, after all.) and one of our favorite examples of brilliant sound design is Netflix's Bird Box. Throughout the film, the audience never actually sees the creature that’s wreaking havoc on the world. Instead, we hear it through the hard work of sound designers. 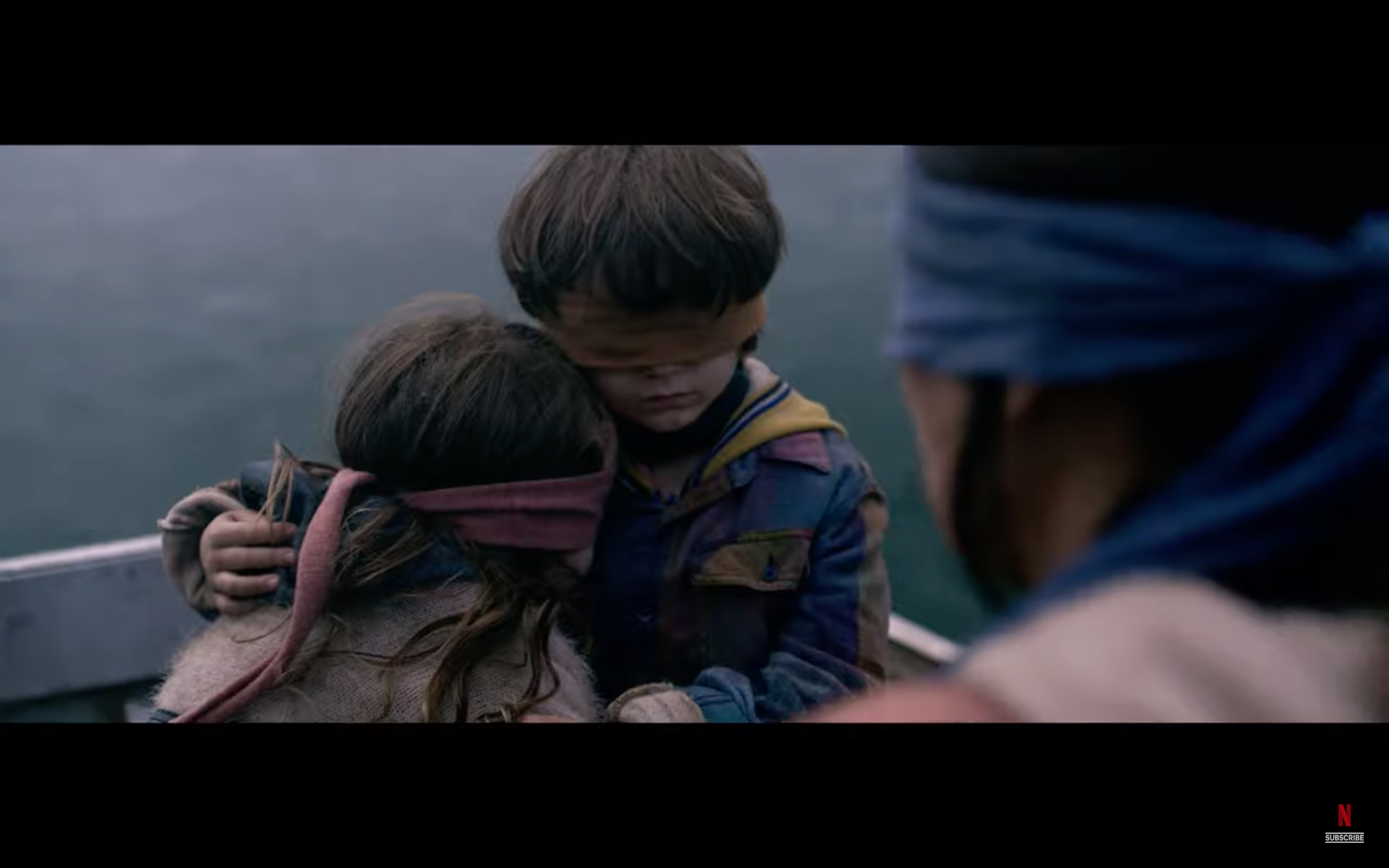 Since we have no visual reference for the monster, the antagonist is defined with our ears, making the SFX embody the monster and — in effect — become the character. Sound design will make or break the shot because it's literally the only connection a viewer can have.

So here’s the important takeaway. Whether you are making the next summer blockbuster or the next viral YouTube video, there are always ways to take advantage of sound design. It will help give you even more insight into (and control over) the audience experience.

Always think a little outside the box. Part of growing in your craft is being willing to push yourself, challenge yourself, and never settle.

And most importantly, it keeps  you creating things you love.

Now that you're pretty much a pro on sound design and the heroic (but often overlooked) work of sound designers, you may be thinking about other areas of your production process that you can also improve. You'll find all sorts of valuable tutorials, tips, and tricks here on the Soundstripe blog, but here are a few posts that might interest you: