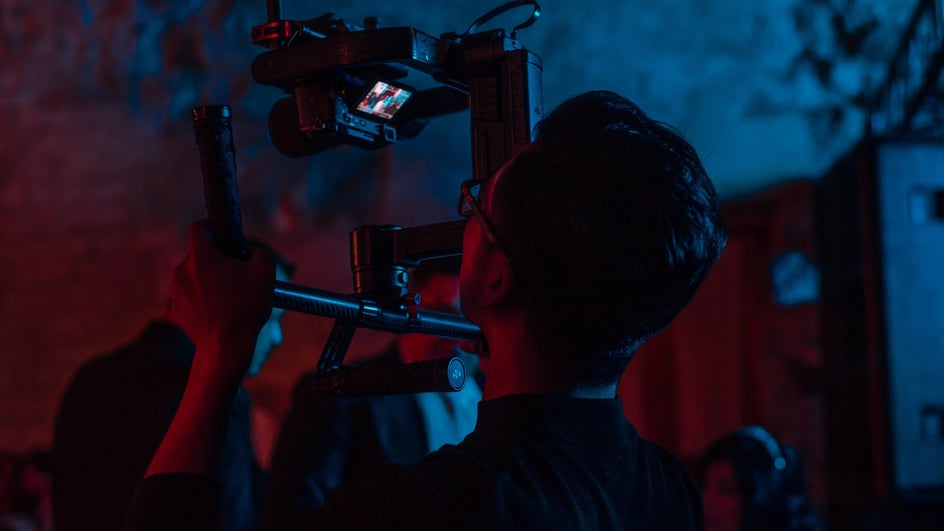 As we’ve covered in the past when exploring film theory and the myriad video fundamentals like lighting, production, and editing, there are a lot of terms to learn. Some of these terms are very simple and straightforward. For example, a match cut is an editing cut that matches two shots together.

However, for every easy term there are plenty which somehow become more confusing the more you work with them. One of these terms which is used quite often but isn’t easy to nail down is “ambient light" or "ambient lighting."

Unlike other types of lighting terms like three-point lighting or magic hour lighting, ambient lighting is a bit more of an umbrella term that covers all types of organic (and sometimes non-organic) lighting.

Let’s start with a basic ambient light definition to begin. When used in the context of film and video, ambient lighting is simply any light source which was not created by the filmmaker or videographer directly. 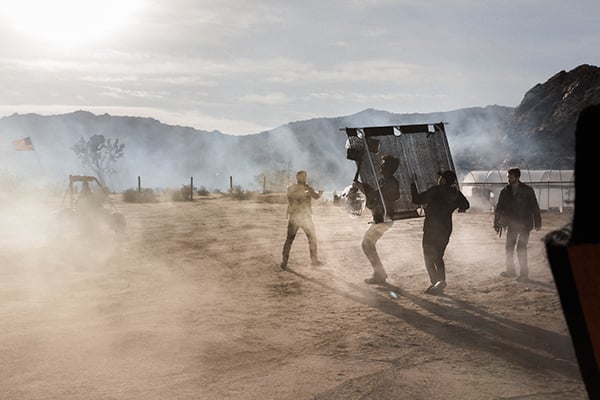 This means any light which comes naturally or organically into any environment. That could be the light fixtures in the room you’re in or the sun overhead when outside — both would count as ambient lighting.

As such, ambient light in film and video can also be called natural light, organic light, or practical light (although each of these terms might be used differently at times).

However, as we'll explore below, true ambient light might be something different than natural light or other types of accent lighting, mood lighting, and other track lights or light fixtures which you might find in your home or on set.

Let's try to clear up some more ambient lighting misconceptions below. 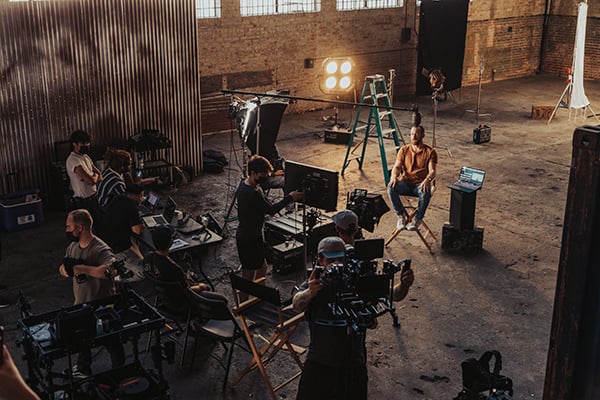 Now that we’ve laid out a basic definition for ambient light, we can begin to deconstruct things a bit further. As we mentioned above, ambient lighting can be a bit of a confusing term because it is occasionally used synonymously with terms like natural lighting or organic lighting.

However this can be a bit of a misnomer as natural lighting should only refer to light created in nature (i.e. sunlight and moonlight).

Ambient lighting, on the other hand, can include any light that just happens to be in the location or setting, even if they come from man-made sources. Here’s a better list of what could be considered ambient light:

As you can see, the only hard rule for what shouldn’t be considered ambient light would be light sources which were physically brought and set up by your production crew. And it's true that, unlike natural light, an ambient light could be anything from a table lamp to a light source in an entire room.

Artificial lighting is truly everywhere these days. However, no matter if it's a bright light, a cool light, or any other type of artificial light, if it's in the room then it's liable to be part of the scene's lighting. 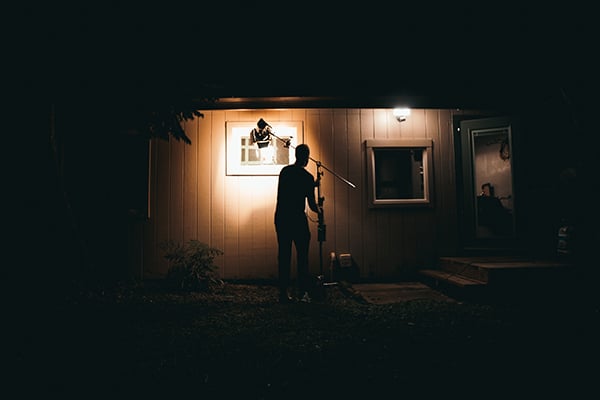 So now the question becomes, “How do you actually use ambient light in your films, videos, and photo projects?” And this is cool because it’s pretty much an open-ended question — it’s up to you to decide how an ambient light (or, more often, ambient lights) will mix in with the various types of general lighting, available light, or another natural light source on set.

Do you want your projects to be more of a tightly-controlled set where all of your cooler light sources are set up and controlled with little to no ambient lighting at all? Or do you want your sets to be a bit looser and DIY as you embrace the natural ambient light at your disposal rather than fight to remove it?

A lot of your decisions about working with ambient light might simply come down to the locations themselves, the lighting resources you have to work with, and the amount of time available.

Regardless, if you want to find the right ambient lighting in a scene you'll need to know your lighting basics. Task lighting a scene really should be about creating compositions in camera rather than just working with as many lights as possible on set.

Tips for using ambient light in your projects

However, when you do find yourself in opportunities where you might want to be a bit more precise in your lighting setups, ambient light can actually be a powerful part of the equation. Take this video above from Filmmakers Academyfeaturing cinematographer Shane Hurlbut, ASC.

In this video we get a great example of how Hurlbut works with lighting on set, as well as his preference for (and use of) ambient lighting as a way to build what he calls “room tone.”  He really explores this concept in the video, putting on a masterclass in lighting and set dressing control.

This room tone is another term which can be used synonymously with ambient lighting, but in this case it is much more intentional and controlled as a way to provide more options for his overall lighting and cinematic compositions.

Hopefully this article has given you a solid understanding of what ambient lighting is and how you can use it in your projects. If you’d like to keep developing your skills as well as explore some other tips and tricks, check out these additional lighting articles from the Soundstripe blog: