What is Production Value? (And How to Use it in Your Films) 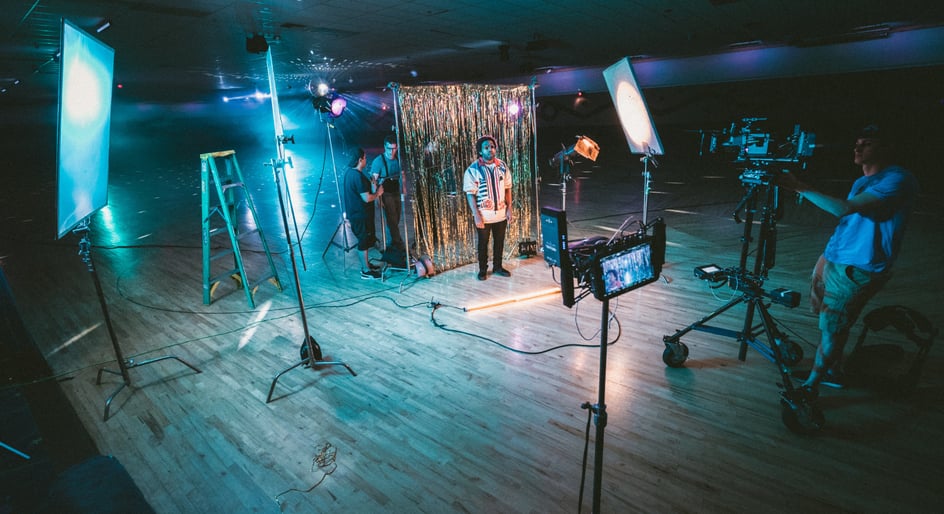 Have you ever wondered why certain movies look better than others? Or perhaps been curious why your own short films might look different on your laptop screen than big budget blockbusters in theaters?

While the reasons are myriad and include lots of different factors, the answers really come down to production value. But what is this magical term? And what all does it actually cover when it comes to what you see on screen?

Let’s explore how production value informs what a film will look like, as well as go over how you can improve the overall quality of your own films and video projects.

The definition of production value

In short, “production value” is a catch-all term which covers all of the technical elements of video production, especially in regards to films. These production elements include everything from set design to lighting to costumes and props. That can seem like a lot, but it’s pretty much where the term stops.

It’s important to note that production value does not cover anything outside of these technical elements like writing, acting, directing, or editing and effects. So, if you’re talking about “production value” in a film that you’re watching, you should know which elements are relevant and which ones are not.

What are production values in film?

Now that a simple definition is out of the way, we can move on to all of the actual elements which could be considered production values. And trust us, there are a lot of things that can fall into this category. Still, the general rule of thumb to keep in mind is simply that these elements are technical as opposed to creative or performing arts.

Some common production value elements include:

There’s actually a bit of debate as to if any post-production elements should be considered part of production value. It’s worth mentioning that while basic editing decisions would be more of the creative variety, the fact that digital special effects are available (and can be discernibly lesser or greater) could mean that they are also a production value element.

As you can imagine, the difference between the two comes down to what you can see on screen and what we perceive to be the budget (covering everything from production costs to money spent) and intentionality behind these projects and technical decisions.

To give you a better understanding, let’s quickly explore some examples of high production value (and higher budget) projects to see how they stand out.

These are clips from three of the most expensive movies ever made, so it’s no stretch to assume that these big budget motion picture examples include the highest production values. And you can obviously see it on the screen too, as there are a million examples of their astounding budgets at work crafting the highest quality sets, costumes, lights, and effects.

On the other end of the spectrum, we have examples of low production value (and small budget films) to explore. However, while you’d think this term might be synonymous with the budget and scope of a project, there’s actually two ways to approach using this phrase.

For one, low production value is simply a way to refer to movies with a low budget as well as obviously shoddy technical resources that are being used and that you can see on screen. These films sometimes become cult classics because of their flaws, but in general this use of low production value is meant as a slight, not a compliment.

Here’s a quick (and hilarious) example:

Yet, while many do think of low production value films as a joke worthy of ridicule, there is actually another way in which the term can be used. And that’s to describe projects which clearly don’t have big blockbuster budgets but still find creative ways to make use of limited resources and practical effects.

Yet, while many do think of low production value films as a joke worthy of ridicule, there is actually another way in which the term can be used. And that’s to describe projects which clearly don’t have big blockbuster budgets but still find creative ways to make use of limited resources and practical effects.

In this sense, here are some low budget movie examples that make good use of low production value:

As you can see, in each of these examples the filmmakers found creative ways to use low production values/technical resources in ways which can actually improve the story that they’re trying to tell.

Hopefully these definitions and examples give you a solid understanding into what production value in film means. It’s important to remember that these high and low terms for describing technical aspects are good frames of reference for conversation, but in no means meant to deter filmmakers from finding creative solutions for projects of any type.

Any filmmaker can make high quality videos with the right tools and skills. If you’d like to read up on some more technical terms, tips, or tricks, check out these articles from the Soundstripe blog: