What is Film Theory? And How Can You Use It for Your Projects?

When it comes to film and video, there’s a lot to learn when you’re first starting off.

First and foremost, you need to learn all the practical elements. You know, things like how to set up your camera, where to put the lights, and how to edit a video.

However, from there things become a bit more complex when you start to think more about the types of movies that you want to make and the theories behind them. Even if you’re just making videos for YouTube or TikTok, understanding the history of filmmaking and film theory is super important.

Not only will it help you make strong narrative decisions, but it can also be a fun way to connect your creativity within the grand scheme of how film has developed over the years.

So for all you aspiring auteurs or fresh new voices in content creation, let’s take a look at the basics of film theory — as well as explore some of the most famous theories and film theorists to help you on your own filmmaking journey.

What is film theory?

Let’s start off by going over some basic definitions. "Film theory" is sort of a catch-all phrase that encompasses a wide variety of film studies and criticism. Basically any academic research or early film theory or film culture studies that have been made on the art of filmmaking can be considered "film theory."

However, for the purposes of this article — and for how many of you starting off on your film journeys will encounter this term — film theory is best thought of simply as the study of how the elements of filmmaking combine together to create a cinematic whole.

For example, unlike film criticism or movie reviews, film theory is any thought or discussion that goes into how you set your camera up, where you put your lights, and how you edit your video… Along with, of course, why you do these things. 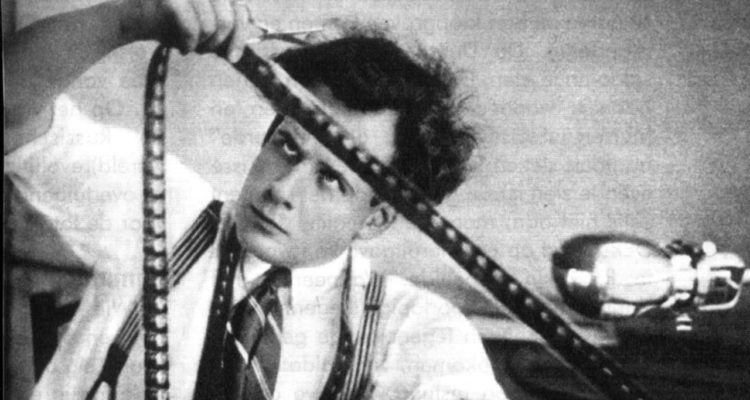 To get a better understanding though, let’s go even further back. Before the very first cinema pioneers recorded their first moving pictures, discussions about the possibilities of film began in the late 1890s. The French philosopher Henri Bergson is thought to be a godfather of film theory and criticism as he wrote about the philosophy of film as an abstract.

By the time films actually became reality, many of the early silent era filmmakers took some of these theoretical principles and made them real. Ricciotto Canudo was an early notable Italian film theorist who would help inform a new generation of film thinkers while dubbing film as "the Seventh Art."

For much of early cinema history, filmmaking and documentary filmmaking would teeter between being thought of as a fun spectacle or a high-minded form of art. (And truthfully, not much has changed today.).

However, as film grew in popularity over the years, its powers of persuasion became more apparent. Film would even become one of the chief elements of propaganda used around the times of the World Wars.

From this formative era, pioneering film theorists like Sergei Eisenstein (famous for his montage theory), Lev Kuleshov (famous for the Kuleshov effect), Jean Epstein, and Germaine Dulac would outline some of the basic fundamentals of film which we cite even today.

However, as the medium of film evolved to become cheaper to produce and much more popular in the 1960s and 1970s, a new generation of film theorists would reshape the cinematic landscape and provide more of our modern film theories and practices.

Disciples of major film theories (which we’ll cover below) came into vogue across all art forms. Film scholars like David Bordwell, Mary Ann Doane, and Laura Mulvey would bring many of the prominent film theories to the forefront of the cinematic conversation.

The different types of film theory

As film theory itself is obviously an on-going conversation which can be picked up by scholars as well as friends working on their short horror film script on the weekend, it’s hard to pin down every single type of film theory currently being explored.

That being said, there are some main types of film theory which have risen to the forefront in the past few decades, or — in certain cases — much more recently as well.

Let’s talk about one of the most discussed types of film theory in both classical and modern cinema: Auteur Theory. As you might guess, the term for this type of theory is French and simply means “author.” This is because this type of film theory focuses on how the director of a film (especially when the director also writers and occasionally stars in said film) feels the “author” of the film itself.

First introduced as part of French film criticism in the late 1940s, auteur theory has been a widely discussed approach which filmmakers can fully embrace or simply be used in context of their work. To learn more about auteur theory you can read this full article on what auteur theory means for modern filmmakers.

When sitting down and deciding on the type of films in which you might choose to craft as a filmmaker, there’s a lot of decisions and theory to sift through. One of hte most important debates in cinema — and which you’ll need to learn — is the age-old battle between realism and formalism.

To understand the differences it’s best to discuss both cinematic realism and formalism in regards to each other. Realism (also called “slice of life cinema”) is focused on the everyday, the mundane, and the unspectacular elements of film, whereas formalism (which is considered the classic Hollywood style) is more focused on creating entertaining films which audiences can enjoy.

However, there’s much more to this debate which you can read up more on in this article on how to use realism and formalism in film.

Covering a big field, genre theory breaks films down into different, distinct genres which all have their own patterns, tropes, and characters. While most postmodern films combine film genres, it’s still helpful (and quite fun) to explore these genre tropes and how audiences perceive them.

From westerns to rom-coms, there’s a lot to explore in the fascinating history of film genres (which date back to their pulp paperback and classic storytelling roots). You can read more about genre theory in this blog post which explores everything filmmakers need to know about genre theory.

While not quite a film theory, per se, mise-en-scene is an important term and function within film theory that helps to define how scholars and filmmakers craft their films. Simply put by film theorists, mise-en-scene is really about how everything within a frame of film is arranged and how camera angles can help create a motivated photographic image.

From the set and prop design to the lighting and even how the actors are blocked and moved throughout a scene. Mise-en-scene is basically everything in front of the camera. If you’d like to read more in-depth on this subject, you can check out this article on what mise-en-scene in film is (and how you can actually use it).

One of my favorite film theories and filmmaking techniques, Soviet Montage is awesome because the best example of it might have to be the famous Rocky vs. Ivan Dragon training montage sequence from Rocky IV (1985). However it’s also fascinating to delve into the roots of montage theory and explore not only its origins, but also how it can be used in so many different ways today.

If we’re talking about Soviet Montage Theory we also need to quickly discuss The Kuleshov Effect which is another film theory and technique which filmmakers discuss and use when interconnecting different shots in a scene, sequence or montage.

Named after Soviet filmmaker Lev Kuleshov (and popularized perhaps by some iconic early explainer videos by Alfred Hitchcock), this experimental editing technique has become an important pillar in how editing is done for film, television and content and general.

Be sure to read more in-depth in our article on what filmmakers can learn from The Kuleshov Effect.

Other types of film theory to explore

Along with the different types of film theories above, here’s a quick introduction to many other types of cognitivist theories which can help inform your own thoughts and discussions for your future films and projects.

As stated above though, these are just some of the main and most-well known types of film theory. However there are certainly many more worthy of reading up on and exploring. Here are some other prominent types of film theory which you can check out on Wikipedia.

The importance of cinema and media studies

These classic film theories as well as new and modern explorations are all important parts of film theory.

However, for those starting out in their film journeys and looking to work on their first scripts and short movies (or just to shoot YouTube videos), it can be a lot to take in. Cinema and media studies into these different film theories can be helpful in informing how you might want to express yourself in your films and projects.

Even if you’re working in corporate video, on commercial projects, or shooting wedding videos for friends, understanding some of these theories might help give you ideas on how you might want to shoot, light, or edit parts of your projects.

Overall, what you do with these film theories is up to you. But rest assured, the more you study these trends, discuss films and theories with your friends, and practice your skills, the better and more informed your films will be as you grow as a filmmaker.

To further help you along your way, be sure to check out some of these great additional articles from the Soundstripe blog here below:

What Does Auteur Theory Mean for Modern Filmmakers?

Everything Filmmakers Need to Know about Genre Theory

How to Use Realism vs Formalism in Film