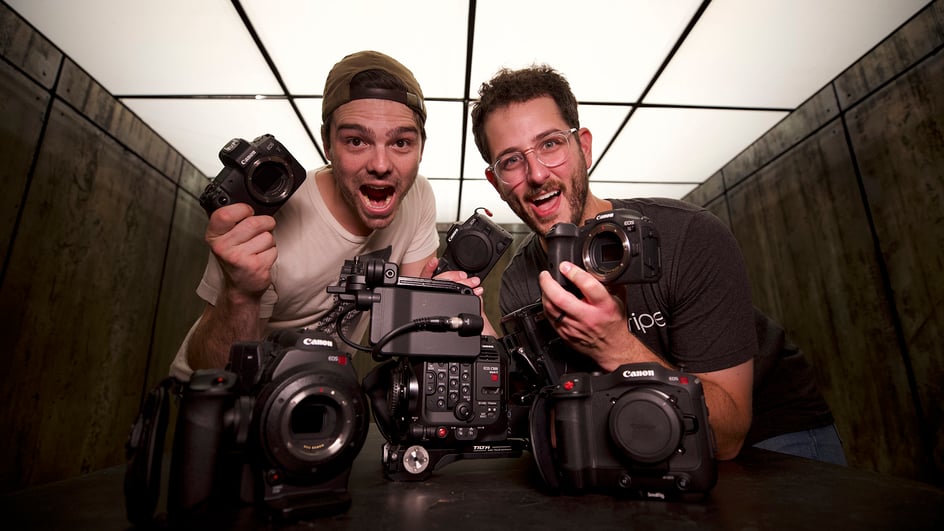 From the legacy days of the DSLR to the brand's newest forays into mirrorless and cinema camera technology, let’s explore some of Canon’s best digital video cameras currently on the market.

While it’s not going to be included as a selection as it's currently out-of-production, we do have to preface our list by shouting out the Canon 5D, perhaps the most important digital video camera of all time. From its groundbreaking sensor, to its signature Canon color science, the Canon 5D (in particular the mark iii) was a huge camera for all types of filmmakers, photographers, wedding videographers, and content creators of all types.

That being said, we now live in a new age of mirrorless camera technology. And despite a few rough first steps on the behalf of this legacy camera brand, Canon has developed some surprisingly powerful and useful mirrorless video cameras over the past couple of years.

Combined with their high-end cinema camera options which have been used on major blockbusters and by run-and-gun documentarians across the world, there are plenty of options to choose from for any creators looking to invest in a Canon camera.

What makes a great Canon camera?

While the quick answer might simply be: “the color science.” We’re going to need to go a bit more in-depth into what makes these different Canon cameras great — and how they stand apart from each other.

To help us in our test, we’ve actually done a Canon camera comparison showdown of all of our top picks which you can check out below.

As you can see, this camera comparison was meant to really push each of these cameras to the max of their abilities and to test how distinguishable they are to each other. While we’ll go into each option more below, here’s a quick list of the best Canon video cameras which we’ve chosen to feature:

As part of our comparison test, we chose to highlight several elements of each camera to see if our DP could notice any differences. These features included:

We also of course kept our list within reason, only highlighting options which currently retail between $1,000 and $16,000 and reflect the best and most current crop of Canon camera options. Let’s explore each option a bit more in-depth below. 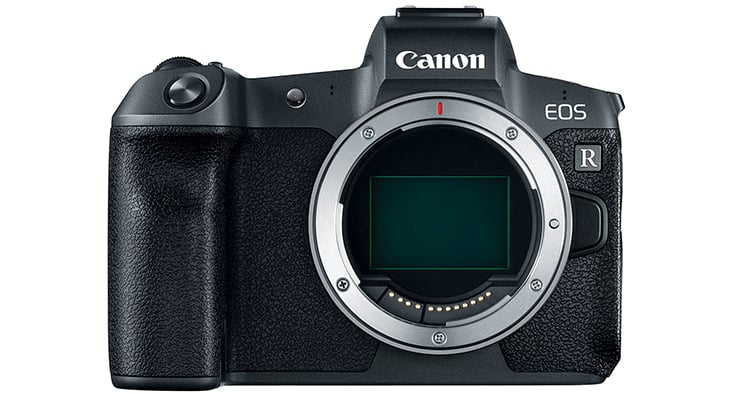 One of our first picks for one of the best Canon cameras for video has to be the EOS R. Representing Canon’s first step into mirrorless, the EOS R caused quite a stir when it was first introduced — albeit not always for the best reasons.

However, despite some issues with overheating (which were fixed with some firmware dates for the most part), the EOS R truly represented the dawning of a new age for the traditional DSLR giant. Unlike the 5D which worked best in Full HD, the EOS R also made a focused push for high quality 4K recording with its 30.3MP full-frame CMOS sensor.

That being said, while an important camera (and a great camera for the right hybrid video and photo creatives), it has several other (if not better) options currently at around the same price point. 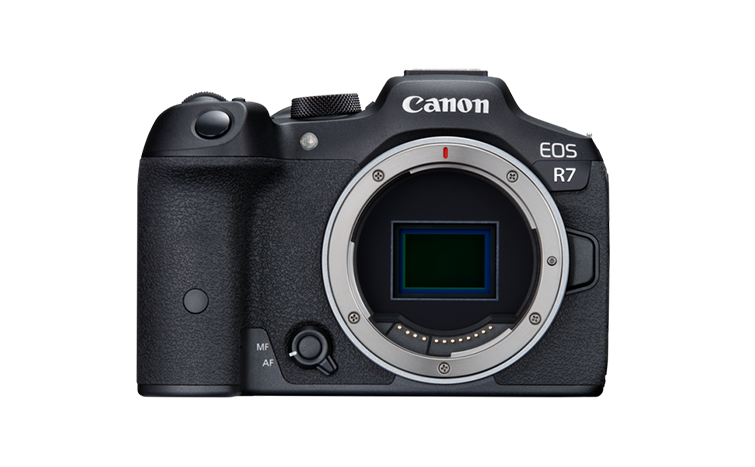 Moving on from the EOS R, Canon released the lightweight RP then eventually the R7 and R5 (more on the R5 below). The R7 in particular is noteworthy for its reduced price from the EOS R, but also with its improved performance — most notably in the realm of video with several items and things which made it a select offering for digital content creators.

If there were a Canon video camera that I were to recommend for someone just getting started in film and video, it would probably have to be this R7 as it has all the best Canon bells-and-whistles like a 32.5MP CMOS image sensor, 4K 10-bit high definition video at up to 60fps, C-Log 3 recording and quite capable screens, slots and functionality.

Also, read more about this may be the perfect new B-cam for your video production in this full review of the Canon EOS R7. 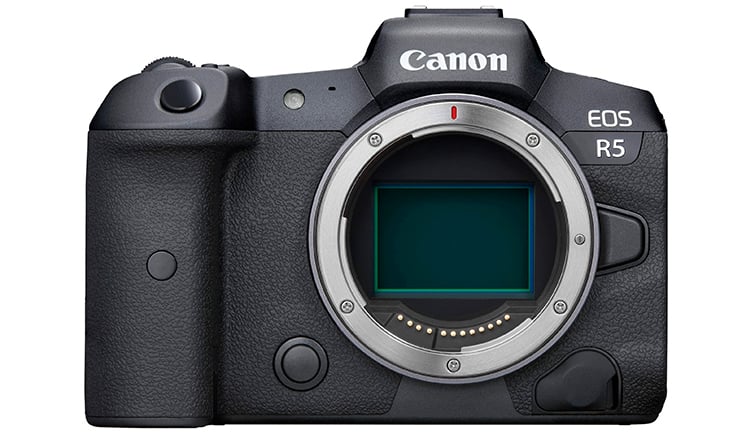 Perhaps now the true flagship of the Canon mirrorless camera line, the EOS R5 is one of the most popular — if not at least most polarizing — camera’s currently on the market. When it was first introduced the R5 turned plenty of heads in the film and video world with early leaks of its 45MP full-frame CMOS sensor and its 8K raw video recording capabilities.

Now that the R5 is out in the wild, it’s truly just as much of a behemoth as promised. Not many cameras (certainly of this size and price point) can pack so much punch. Still, while the 8K raw video is awesome, the R5 is also just as capable recording 4K 10-bit internal video at up to 120fps as well. Making it a strong option for just about any type of video project.

Yet, as we can see in some of the comparisons, all that raw video data can be deceiving great, but it doesn’t quite truly stack up to some of its raw cinematic footage counterparts. 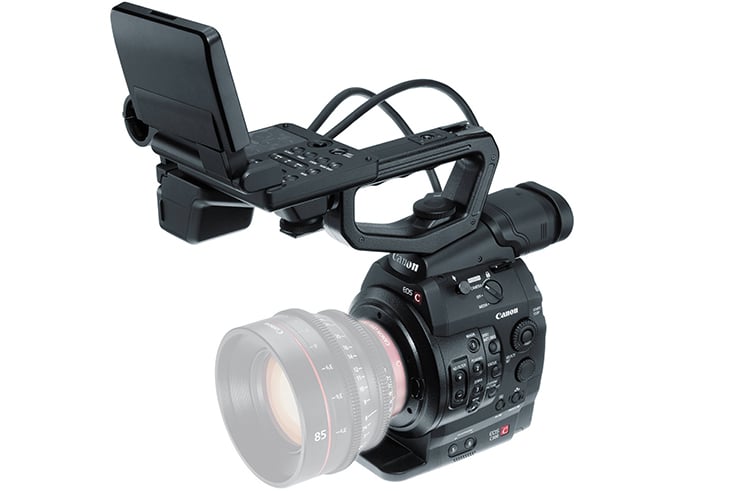 Moving on to some of our top picks for the best Canon cinema cameras we have to of course start with the Canon EOS C300. Originally designed as a way to take Canon’s legendary DSLR model to that next cinematic level, the Canon C300 has gone one to become one of the best, and most durable, cinema cameras on the market.

With a Super 35mm CMOS sensor, this original C300 (which later gave way to the mk ii and mk iii versions) was really designed for capturing the highest quality images in motion tailored to stand up for the rigorous of high-end post-production.

While the C300 has several updates, plus other even higher-end options like the C500 (more on this one below) and the C700, this original C300 is a great option if you can find it used and a perfect fit for a documentary-style videographer looking for that quality Canon cinema quality. 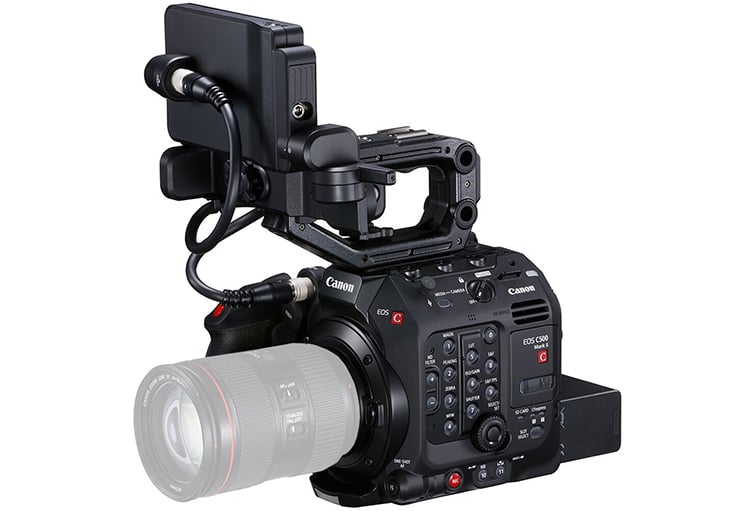 One of our most favorite cameras at Soundstripe, the Canon EOS C500 mark ii is a 5.9K full-frame powerhouse that is about as versatile as they come. You can shoot YouTube videos with the C500 (as we do) or you can shoot indie features or full–blown blockbusters with the camera — it’s really up to you.

With a 18.29MP full-frame CMOS sensor you get 5.9K output in full frame and can crop the sensor for Super 35 and Super 16 frame size modes while still maintaining a high resolution. The mark ii can also be equipped with different mounts outside of its Canon EF mount and boasts 15 stops of dynamic range with Dual Pixel autofocus support.

While we’re pushing the limits of our $1,000 to $16,000 price range, the C500 mk ii deserves to be included on our list even with its price as it still compares quite favorably to the true $50,000+ Sony and Alexa options you might find on the biggest productions. 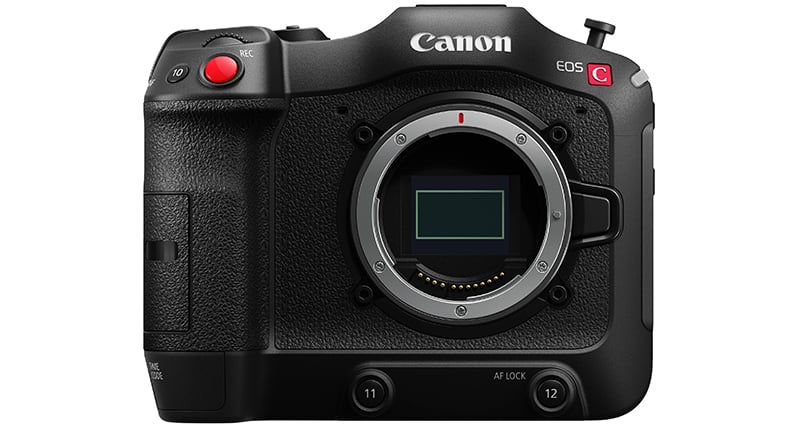 Finally, to round out our list we’re actually taking a step backwards and looking at a camera that attempts (quite well in fact) to combine the best of the mirrorless and cinema camera worlds. The Canon EOS C70 Cinema Camera might be the true current champ for the best Canon video camera due to its high performance, durability and flexibility, and unmatched quality for its price point.

With a Super35 DGO (Dual Grain Output) sensor which can capture 16+ stops of dynamic range and record up to DCI 4K at 60p (plus Hi-Speed UHD 4K at 120p), the C70 gives true cinema quality video at a fraction of the cost of your higher end options.

If you’ve ever shot with a Canon camera before (like the aforementioned Canon 5D or 7D for example) and want to feel safe with a new, higher-quality Canon that still has that great durability and color science, the C70 with its Canon Log 2, 3, and HDR recording will truly be your best bet.

These are just some of our current favorite Canon cameras which we chose to highlight for any documentarians, filmmakers, or miscellaneous videographers. But the true test might come down to other factors.

After all, there are many basic camcorder options with crazy optical zoom and great low light capability, however the true test of an image sensor is how a camera can deliver that high definition image to your computer.

And just how much you can search to change that image in your edit in a way which can truly make a difference between some regular store-bought CMOS image sensor camera a quality high-definition camera with great image stabilization and low light capability.

Be sure to check out our best libraries of royalty-free music, as well as plenty of other buying guides and camera breakdowns with these additional articles from the Soundstripe blog: