How to Work with Visual Effect Lighting on Set 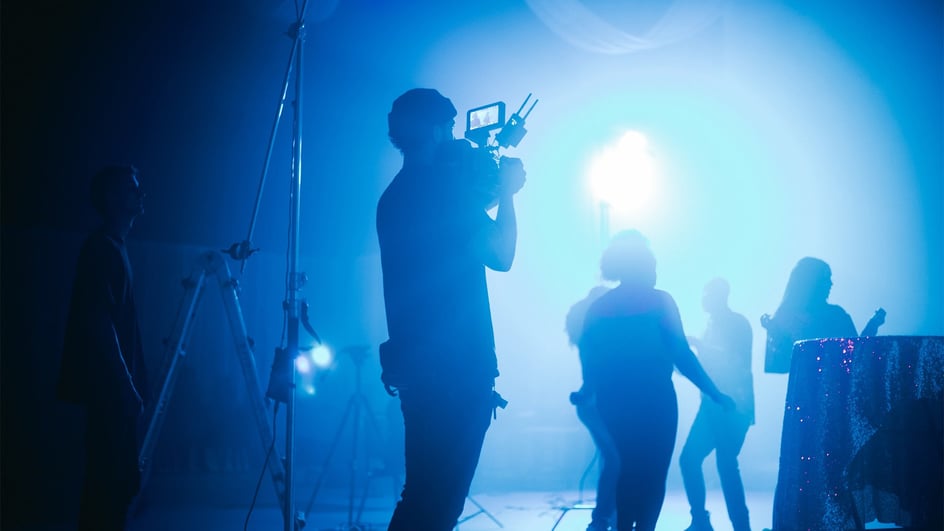 At this point we have to face it: The future of the film and video industry is one where practical filmmaking techniques and digital VFX must live in harmony. To any film purist this might be upsetting, but for those ready to embrace this fast changing (and yes, exciting) landscape, this truly opens up a whole new world of possibilities.

However, with all the new technological advancements in VFX (visual effects) and CGI (computer generated imagery), there are plenty of practical filmmaking tricks and techniques which can still be used by even beginners as they try to learn everything there is to know about video lighting.

One of the most important elements of this new digital age is the growing need for visual effect lighting as a way to help bring all these exciting effects to life. There is a hybrid way to do this which truly combines digital VFX and your favorite practical lighting techniques.

So let’s look at this exciting world of visual effect lighting to learn how you can harness its powers for your own films and video projects.

What is visual effect lighting?

Alright, alright, we’ve thrown around some big words and terms so far, so let’s take time to backtrack and go over some basic definitions. For starters: What is visual effect lighting and how does it actually work?

To understand visual effect lighting, we need to go over visual effects (or VFX) and computer generated imagery first. VFX is simply a catch-all term for any digital effects which you might add to your film or video project.

Visual effects are often distinctly classified differently than practical effects. However, if you look back through film history, the lines between the visual effects and practical lighting quickly becomes blurred.

Still, that being said, VFX and computer generated imagery are usually added to a project in post-production and after all the footage has been shot. Yet just because you’re planning to add VFX later doesn’t mean you don’t need to make on-set decisions which go along with these VFX elements — in particular, we’re talking about lighting.

Visual effect lighting is a term used to describe the lighting decisions a filmmaker (or DP and/or gaffer) will make on set, sometimes in orchestration with a VFX supervisor or lighting artist. The goal of these decisions is to help bring the special effects to life by combining practical elements (like on set lighting) with digitally constructed compositions in post.

As you can see in the sci-fi lighting tutorial above from Aputure, just because you’re planning to create digital elements later doesn’t mean you don’t need to plan for these VFX while shooting your scenes.

Now that we’ve gone over these basic terms, let’s start to explore how visual effects and scene elements actually can be combined on set. We’ll look at another great tutorial, this time from the YouTube channel TheBuffNerds, to showcase how VFX and visual effect lighting can be used for more than just high concept sci-fi films.

In fact, pretty much any film or video projects in which you plan to use VFX should ideally have some sort of visual effect lighting considerations on set, whether that’s flickering LED lights used to simulate deep shadows from flames rising in a fiery house, or simply a light to keep your green screen backdrops clear and consistent.

If you really think about it, visual effect lighting isn’t so much a new concept to explore, but rather a necessary step of production which more often than not is already taking place.

That is, if you’re serious about your filmmaking and have the right people on set who can see the big picture.

The role of a lighting artist on set

This leads us to: Who is supposed to be the person on set that handles all the visual effect lighting decisions?

In an ideal world, a project should have a VFX supervisor (or supervisors) who handles all the lighting and framing decisions for any future VFX. Also in an ideal world, they’ve already storyboarded and even worked up initial renders for what these compositions will eventually look like, so any on-set shots would basically be filling in the gaps.

However, more often than not on smaller projects and indie films these lighting decisions must be made by the DP, the gaffer (aka the chief lighting technician), and hopefully at least a lighting artist who has an understanding of how VFX works in the post-production process.

As you can see in this other great YouTube video from Voice of Passionate Professionals, these lighting artists can often be highly skilled animators and technicians who can truly create some beautiful and stunning lighting compositions. However, for them to create in a hybrid digital and live action environment, they’ll need as much IRL lighting help as possible.

Other lighting VFX tips and tricks

Finally, now that we’ve gone over all the nuts and bolts for visual effect lighting we can dive into some practical tips and tricks for actually lighting for your VFX on set. We have one more great YouTube video to share with you, this time coming from the team at Film Riot as they outline the five basic steps to working with both VFX and lighting together.

Some of the tips they cover — which you could argue are basic tricks you should be using for any VFX lighting effects — include:

All of these tips really come back to the same basic principle, which is that for VFX to look real in post-production, you need to start planning for them during actual production. There are no happy accidents with VFX and nothing can ever truly be “fixed in post.”

To really harness the power of VFX for your films and video projects you need to start making a game plan well before you actually start shooting in pre-production, and plan to execute your lighting, prop, and organization decisions on set for optimal results.

If you’d like to read more in-depth into some other helpful lighting and VFX tutorials, check out these additional resources from the Soundstripe blog: