What is ADR in Film? Your Guide to Automated Dialogue Replacement 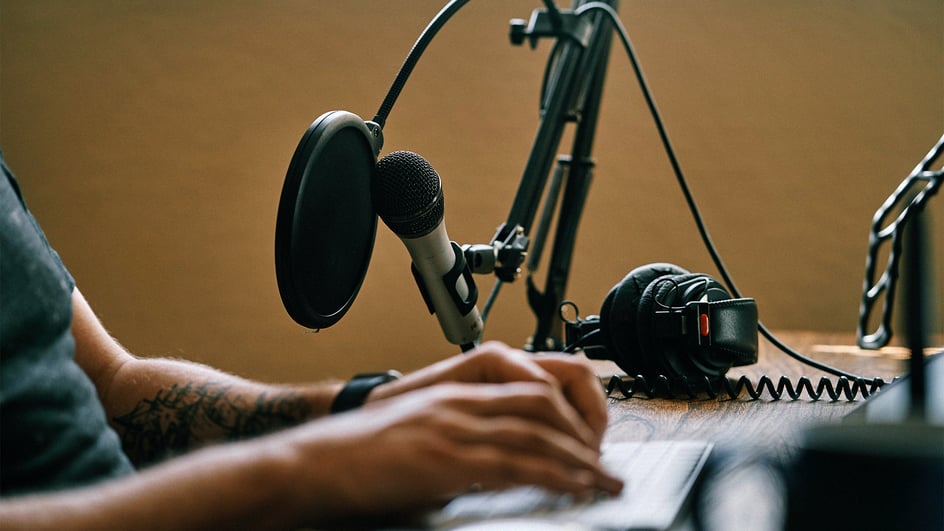 In the world of film and video, there are a lot of things to keep tabs on when running a film set. You have your cast and crew, you have your lights and cameras, you even have your schedules and craft services — yet one area that still seems to consistently get ignored is audio.

Audio is a huge part of the filmmaking process but far too often it gets undervalued or, at times, outright ignored. One reason for this is because of a system called ADR, or “automated dialogue replacement,” and it can be both a cause (as well as a solution) to less-than-satisfactory audio recording on set.

So, let’s start at the beginning. In the earliest days of conventional film production there was no audio at all. Films were silent on screen. Any soundtrack or audio would have to come from a live orchestra or phonograph player. But in the beginning, the majority of dialogue in film was written dialogue presented between shots as cue (or dialogue) cards.

As audio technology advanced and sound in film was unlocked, early filmmakers had to solve the various issues that arise from trying to clearly record and use audio from the film set. Due to several issues at the time, recording dialogue at the right audio level as an audio track on set was completely unrealistic.

The result of this is that many early films would need to record audio for dialogue and other parts of the film at a later date and location. The particular process of re-recording dialogue was called automated dialogue replacement (ADR), which is a bit of a misnomer because there is nothing automated about it.

Instead, ADR is traditionally recorded by having the same actor go back into a studio and re-record their lines of dialogue. An ADR recording session is usually done by playing back footage from the scenes (usually edited together already) and having the talent attempt to deliver the dialogue exactly as they would have on set to re-record a new audio track.

Additionally, ADR can also be used to add new or different lines of dialogue for scenes, whether that be to add in more context, change curse words out for suitable replacements, or even re-record films in a different language (a similar process referred to as dubbing).

Breaking down a typical ADR session

So what does a typical automated dialogue recording session look like?

The first step to keep in mind is that, even if it’s done extremely poorly, you should always record some sort of audio track on set. This audio, no matter the audio quality, will be helpful in at least giving you a baseline of audio to use in the re-recording dialogue process.

From there, talent (usually the same talent from on set, but occasionally replacement talent) will go into an audio recording studio to begin an ADR session to re-record the audio from the filmed scenes. The editor will bring up a section of the video which can be played back as a loop, which the talent can then watch and try to record the new audio to fit in with the scene.

This process can sometimes take a long, long time because it’s pretty difficult to get the new audio to sync up exactly with the footage. However, with more advancements with sound and video editing technology — as well as with the help of some AI programs — this process is getting quicker as it gets smarter.

The role of the production sound mixer

The real trick to recording good automated dialogue replacement is to work with a talented production sound mixer, or sound editor, both on set and in the studio after. ADR in film is very much an artform unto itself, requiring very specific skills and nuance in terms of understanding sound quality and re-creating production audio.

It also requires talented actors who can channel all the emotions of their original on-set performances into the much more subdued environments of a sound studio. Here’s a great video that showcases this process:

As you can see, even for scenes in which no “dialogue” is taking place, ADR is a huge part of the filmmaking process. Every breath, grunt, and yell from Hugh Jackman’s character in the video is used to help make the scene — and his performance overall — more believable.

Tips to improve the audio quality of audio recording

Alright, now that you’ve seen some ADR recording in action at the highest level, we can look into how you can record ADR and other additional audio needs yourself.

Keep in mind, ADR is not just dialogue. And it’s not even just noises from actors. ADR recording sessions can be focused on re-recording an original production track, adding sound effects, re-creating non-verbal sounds, or simply replacing bad audio with new, clean audio.

ADR in film and other additional audio re-recording needs can range from quick fixes like slightly changing lines, replacing curse words for TV broadcasts, or even dubbing voice tracks in entirely different languages. For each purpose, here’s what you’ll need.

From there the name of the game is consistency. Just because an actor reads a line one way on set doesn’t mean they can easily re-record the same line later. It requires a great deal of acting skill, as well as helpful direction and support from a director and the ADR team to create new audio which can believably be used to replace the on-set track.

Other filmmaking and video production tips for audio and sound

However, if you focus on the elements that you can control (and practice some basic video editing best practices and tips), ADR in film should ultimately be pretty easy to complete. As mentioned above, there have actually been some helpful innovations in the world of dialogue replacement as well.

Along with some AI-based functions in video editing apps like Premiere Pro (with their Adobe Sensei program growing smarter and more useful with every update), there are plenty of audio editing tools available in programs like Premiere Pro, Final Cut Pro, and DaVinci Resolve which make it easier to work with audio directly in your NLE app.

You can also supplement your ADR audio by adding in extra levels of soundtrack audio and by using SFX to make your audioscapes more dynamic and realized rather than just having dialogue tracks only. Here’s a great video to help you out below, as well as a link to our Soundstripe sound effects library for you to check out:

Hopefully these basic definitions, tips, and tricks have helped you learn the basics of automated dialogue replacements and how ADR can be used for your own projects. If you’d like to keep learning more cool filmmaking and video editing skills, check out these additional articles from the Soundstripe blog: