The Psychology Behind the Dutch Angle Camera Shot 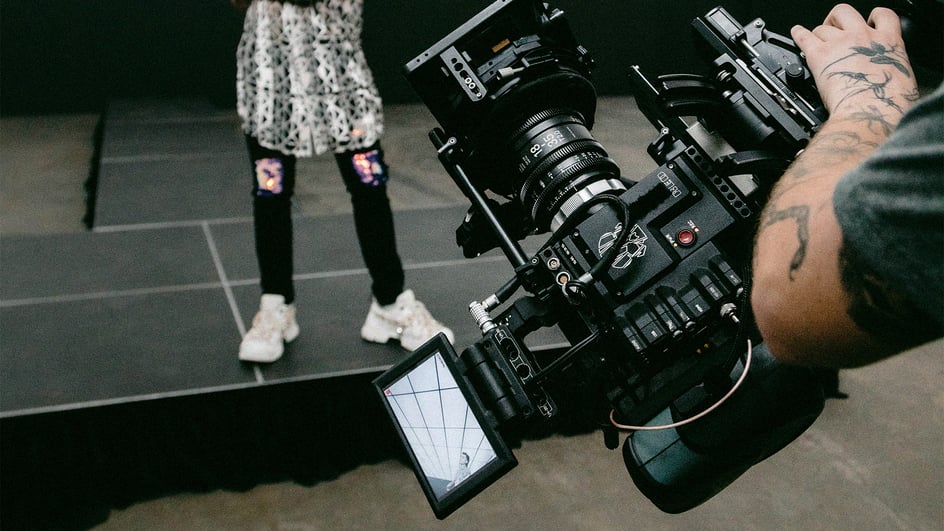 Have you ever been watching a film and found yourself feeling slightly “off” during a specific shot or a scene? You know, a scene like this, where something just feels odd or uneasy about what you’re seeing on the screen. Well, you’re not the only one who might feel this way in these types of scenes.

In fact, you might be surprised to find out that filmmakers deliberately mess with their audiences all the time. Whether it be with editing techniques (like J and L cuts) or in how filmmakers choose to frame up their shots, there’s a lot more psychology going on behind the scenes than you might think.

With that in mind, let’s specifically look at how filmmakers use Dutch angle shots (aka canted angles) to subtly (or sometimes very overtly) cause their audiences to feel disconnected and uneasy by simply making their shots uneven.

What is a Dutch angle shot?

So, let’s start with a basic Dutch angle shot definition: The Dutch angle is any type of camera shot where the camera is tilted at an angle on its x-axis (or roll axis). From a point-of-view perspective, it’s best to think of Dutch angle shots akin to tilting your head to one side.

The end result of a Dutch angle shot is meant to disorient the viewer, as the horizon line of the shot will not be parallel with the bottom of the camera frame (and the vertical lines will not line up with the sides of the frame). This causes the “off-ness” which you’ll notice in these shots, particularly when the angle is more pronounced.

The history of Dutch angles

Now, before we go on to the history, we should probably clear up one of the most obvious misnomers of the Dutch angle. For starters, while the origins of the technique (or at least the name) might obviously come from the Netherlands, a tilted or Dutch angle in cinematography was really pioneered by early German filmmakers as part of the German Expressionist movement of the 1920s.

One of the first recorded uses of the Dutch angle comes from the 1929 Soviet experimental silent film Man with a Movie Camera(which actually pioneered many different shot types) as filmmaker Dziga Vertovchose to tilt his camera to help create tension in certain scenes.

The Dutch angle would then be championed by the German Expressionist movement as a tool to create unnatural angles and sharp edges as a way to explore themes of madness, unrest, and social disorientation.

For these early filmmakers, the technique was most relegated to static camera setups on a tripod. The tilt was basic and could simply be achieved by pushing up one side of the camera either on the base or even by adding blocks to one of the legs to the tripod.

With a basic history of Dutch angles and use out of the way, let’s explore some of the most famous examples of Dutch angle shots throughout cinema history. This will be helpful as a way to further define just what a Dutch angle shot is, but also showcase how Dutch angle shots have been used and can be used in combination with other classic and modern cinematography techniques.

Tracing its origins from the German Expressionist movement, Dutch angle shots quickly found their way into classic Hollywood filmmaking as you can see in this great example from The Third Man (1949). I

n this classic film noir directed by Carol Reed, we have an entire sequence of Dutch angle shots featuring Orson Welles following a character through a dark alleyway. With this camera technique, the tilted camera angle is a perfect example of how Dutch angles enhance tension when combined with other uncanny camera angles and camera shots.

While Dutch angle shots were originally mostly used for dramatic effect, they would also at times be used for comedic effect or other stylistic options. We can always look back at the original Batman series as a comical version of the tilted camera angle, however many modern filmmakers would now use these Dutch angles to tell the audience that a scene was meant to be different or odd.

A great example of this is from filmmaker Terry Gilliam, which we can see on full display in this sequence from Fear and Loathing in Las Vegas. The Dutch angle is used as a tool to simulate a drug trip which the audience can both view and enjoy.

Whether you call it a callback to a German angle or a canted angle in motion, this Dutch angle example is a perfect display of how close-up Dutch angles can be some of the oddest shots you can shoot with a movie camera.

Over the years, and beyond its German expressionist roots, the Dutch angle has found a home in cinema of all genres and styles. Whether it be the biggest budget action films and Marvel adventures, student art films, or your weekend wedding film projects, a well-timed Dutch angle shot can be the perfect inclusion in your cinematography shot combination.

The real question is simply when — and then, how often — you might want to actually include a Dutch angle shot for your own projects. You should also ask yourself questions about how you want to make your audience feel, as this tilted angle shot will undoubtedly disorient and confuse your viewer just a little bit.

But, when that’s your goal, it’s a great tool to bust out.

If you’d like to read up more on different shot types and filmmaking history, check out these additional articles from the Soundstripe blog below: