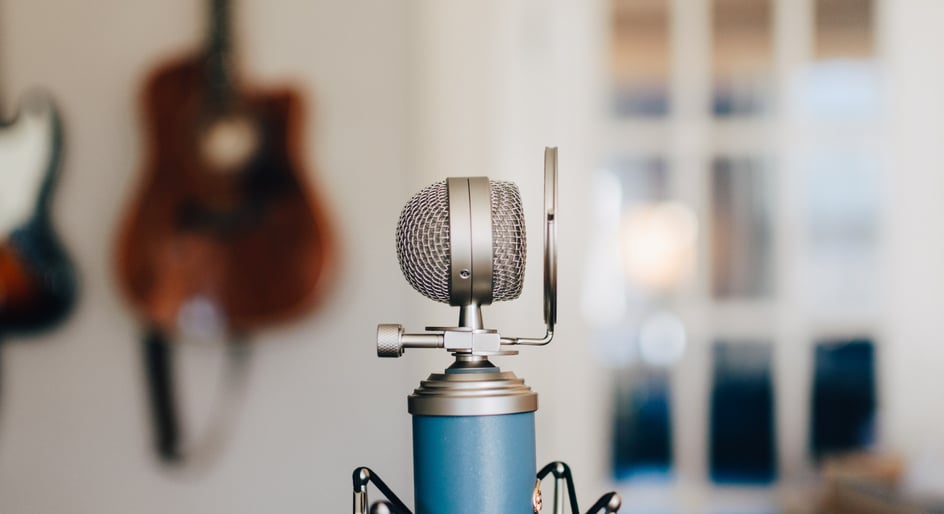 Fortunately these “odyssey-like lengths” don’t involve a seven-year voyage and run-ins with sea nymphs and the Cyclops.

The challenges that creators — and more specifically YouTubers — face tend to be more along the lines of malfunctioned gear, noisy environments, and the occasional bout of bad luck.

Behind the scenes, you could be crouching in a cramped windowless room (ahem, a closet) with a USB microphone and pop filter to record the clear-sounding audio you need for your video. Or you could be doing voice over work with a condenser mic in a soundproof recording space.

Whatever your circumstances are, your subscribers and first-time viewers are none-the-wiser when the video uploads to YouTube. All they know is whether or not the audio sounds good.

The mechanics of how isn’t something that most people wonder about when it comes to sound quality. That is, unless they’re as interested in the video and sound production process as you.

The average viewer might not be asking the same question you are (i.e., the question that led you to this blog post): What is the best voice-over mic for your YouTube videos?

While there are plenty of condenser mics, dynamic mics, and other options on the market (like Rode mics a.k.a. some of the most well known gear), one mic stands out to our Creative team at Soundstripe as the option best-suited for voice-over recording. And that’s the Shure SM7B.

In this post, we’ll share more about this mic and offer bonus recommendations for voice-over artists too.

Before sharing why the Shure SM7B is our favorite condenser microphone for voice-overs, let’s first acknowledge why this type of gear is beneficial for YouTubers in the first place.

For one, voice-overs are extremely versatile.

Maybe you want to pair a voice-over with b-roll footage in your video’s intro to give viewers a short synopsis of who you are and what kind of content you create. Check out this example from travel vloggers Kara and Nate:

Maybe you want to add more context to what’s happening on-screen and/or narrate a cinematic montage.

The right gear and a great voice-over can elevate the quality of any YouTube video — from the audio quality and continuity to the overall listening experience. And it's also valuable beyond the YouTube platform (i.e. for voice acting, live streaming, etc.).

Plus, creating a voice-over is a straightforward process. All you have to do is write the script, invest in the best microphone, and set up a home studio. Then you'll just record the voice-over and add it to your editing timeline.

Another main reason why voice-overs are great additions to YouTube videos is that they can fill in important narrative gaps and help solve common production-related issues.

Here are three instances where good voice-overs pay off:

#1. The original audio is just bad.

Flukes happen during filming every day.

No matter how closely you monitor your gear during a shoot, equipment can malfunction at a moment’s notice. And you might not catch the issue until minutes or hours later.

Let’s say you’re reviewing travel vlog footage and realize too late that the audio cut out in all of the footage from part of your day. Since it’s not an option to pick up a script and re-record everything you said exactly how you said it, the next best thing is to record a voice-over.

Instead of scrapping all that footage, you can keep the footage you need and tell your viewers via the voice-over about your experience in the location (and, if you want, you can even discuss the technical difficulties you ran into along the way).

#2. There’s a lack of continuity from shot-to-shot.

Voice-overs can also be used to bridge a gap between different shots.

Maybe there’s an important detail that you meant to mention when filming but forgot about. Maybe the footage transitions from location to location more abruptly than you want.

Whatever the circumstance, adding a voice-over is a good way to clarify what’s happening on screen and share any extra thoughts that came to you during post-production.

#3. There’s a lot of uncomfortable silence.

In broadcast journalism, a couple seconds of “dead air” or awkward silence is a major problem. Luckily, it’s not nearly as dire for YouTubers and filmmakers — especially when silence is used as a narrative tool.

Even still, silence can become uncomfortable if it goes on too long.

As you edit together the footage for your next video, look for opportunities to include a voice-over. And in moments when a voice-over wouldn’t work for one reason or another, this is where licensed music can fill in the silence.

The Best Voice-over Mic According to Our Creative Team: Shure SM7B

There are many different condenser microphones, dynamic microphones, and USB microphones out there today, so two questions remain: What is the best voice-over mic for YouTube videos? And why is our Creative team so confident that it’s the Shure SM7B?

We have our reasons for preferring the Shure SM7B (which we’ll share), but ultimately, the gear that works best for your budget and workflow might be different.

When it comes to gear, it’s rarely a one-size-fits-all situation.

With that being said, the Shure SM7B is our team’s go-to option because it has really good side/rear rejection and a focused frequency response with lots of clarity. 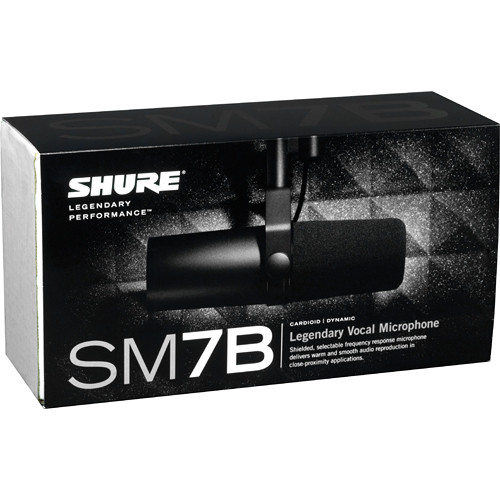 The earliest iteration of the Shure SM7B was first released in 1973. Nowadays, this dynamic mic is used by famous figures like Conan O’Brien and the Black Pumas, as well as Logic for podcast recording, Twitch streaming, and live recordings.

For all its functional perks, the most obvious con of this dynamic microphone is the price point. (At the time of this post, the mic is $399.)

If you’re looking to make a good long-term investment — and you have room in your budget to do so — the Shure SM7B is an option worth checking out.

But if you’re looking for an alternative that’s more on the inexpensive side, we recommend one of the Blue mics, the Blue Yeti. Here’s why:

Good audio is always a big deal, so it makes sense that you’d want to invest in the best microphones to get the best sound quality for voice-overs and any other type of audio recording as well.

The two dynamic and condenser microphones we’ve spotlighted in this post are highly recommended among creators and our very own Creative team. But, at the end of the day, you have to choose the voice-over mic that's the perfect fit for your needs and creative workflow.

Not only do you need a great mic, but you also need a reliable recording software, audio interface, and pop filter(s) to get the best final result.

If you're looking for more mic recommendations, this guide breaks down a few extra options like the Rode NT-USB (a great USB mic), Rode Procaster, and more. Also, if you'd like to dive deeper into the audio side of production, check out these blogs next: