A Guide To Post-Production For YouTubers 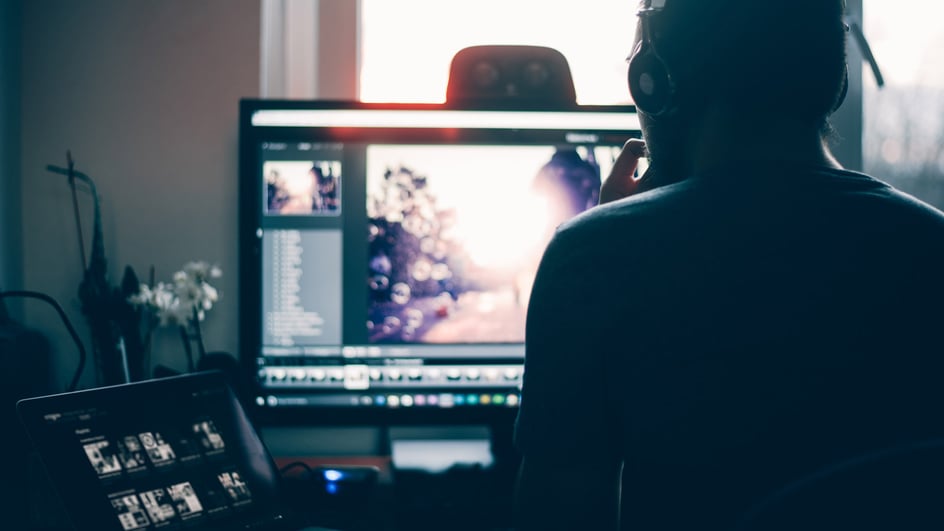 There are parts of filmmaking and video production in general that everyone loves. Brainstorming ideas, storyboarding different shots, and filming are the big highlights where you get to imagine, collaborate, and perform.

… and then there’s post-production.

Video editing is hard. Worse than hard, it’s usually boring at best or frustrating at worst. Between coloring, mixing sound, adding animation, and combining it all together, post-production takes the most amount of time and is the least enjoyable stage.

Post-production is the last hurdle before you can upload your video and share it with your viewers. While it might feel like a pain, the truth is that editing might just be the most important part of filmmaking — it’s what separates amateurs from the YouTube stars who consistently pull in millions of views.

Whether you just posted your first YouTube video or your thousandth, editing matters a lot. So, to give you some ideas for how to make even better content, here is an introduction to post-production for YouTubers and why it’s worth your time.

For filmmakers, post-production is basically anything that happens after you stop recording a video. Most content creators think of this as “editing,” but the post-production process is a bit more thorough than just cutting out bad takes and calling it a day.

The easiest way to think of it is this: Once you transfer footage from your camera to a computer, you’re officially in the post-production phase.

I mentioned a few common post-production “activities” earlier, but here’s a more comprehensive list of things that should become a regular part of your content creation:

An official list might include a few other pieces, but these five things are pretty much all we need to cover as post-production for YouTubers.

Why Does Post-Production Matter?

YouTube is a competitive market. And when it comes to YouTube, we all know that presentation plays just as big a role as the content itself.

So if you’re trying to convince people to watch your content over the billions of other videos available, then you need to find every possible advantage you can. (And when you find one, you better hang onto it like a mountain climber holds a rope.)

If you harbor any dreams of building a successful YouTube channel, you’ve done some research already. You know that you need a consistent level of quality in your videos, and you need a steady content pipeline to keep people coming back to your channel.

Post-production addresses both of those needs. Editing and coloring will help you establish a visual identity, which gives you license to keep using the same transitions and filters in all of your videos.

An established process also means you’ll be able to save time. Instead of scrambling to make a video as good as possible, you already have five clear-cut activities to tackle. Adding background music, transitions, and effects can make an average video exceptional, and you really can’t afford to post content that hasn’t been edited and color graded.

Quality matters. Even if you’ve never edited a video or thought about developing a post-production system for your content, it’s never too late to start.

How Do YouTubers Tackle Post-Production?

YouTube is an evolving platform, which means trends come and go every single day. And because anyone can start posting videos and building an audience, it’s hard to find any two content creators with the same process from “first idea” to “final product.”

However, you won’t find any successful YouTubers who don’t spend twice as much time editing videos as they do creating them. 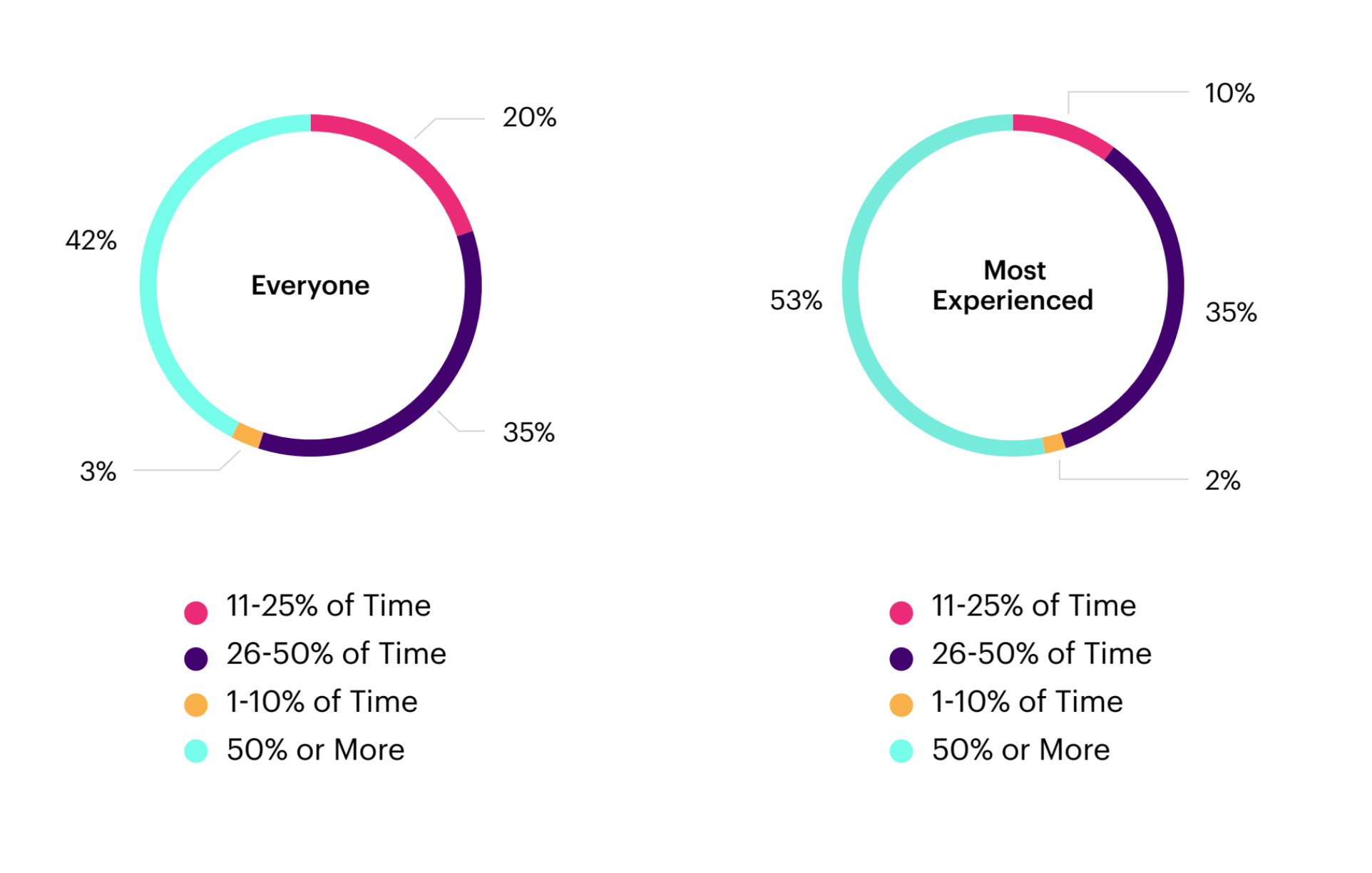 According to our research, almost half of content creators spend 50% of their time in post-production (and creators with 10+ years experience spend even more time in post).

In ye olden days, editing took months and months of work because every change had to be handmade to the film. Thankfully, we’re living in the digital age. That means you can download programs, plugins, and other tools to handle most of the complex stuff for you.

You’ll find a couple different editing programs that different people swear by: Adobe Premiere Pro, DaVinci Resolve, and Final Cut Pro are the “top dogs” in this fight. These three picks are industry standards across all video productions, from filmmakers to ad agencies to freelance videographers to YouTubers.

As an example of how a successful YouTube channel approaches post-production, here’s a look at how Parker Walbeck (a filmmaking education/tutorial channel with over 1 million subscribers) edits his videos:

Another popular YouTuber and filmmaking educator is Matti Haapoja. He’s known for his travel videos and tutorial content, and this video combines those two topics into a step-by-step overview of his post-production process:

You’ll notice a few similarities between these two videos. Obviously both content creators are using Premiere Pro like they’ve spent a decade using it almost every day (and they probably have, to be fair).

But they also put a lot of value on the presentation. Adding sound effects, transitions, and background music will have a huge effect on how people take in and engage with your videos. (Just make sure that the music you use is safe for commercial use if you plan on earning any revenue from your videos.)

That’s why “post-production” is much bigger than just editing — it’s the process of adding polish and really shaping the video into an experience, rather than just another edited video.

The Importance Of Post-Production For YouTubers

You owe it to yourself and your audience to invest in post-production, because let’s be honest: everyone on YouTube is fighting for the attention and loyalty of viewers.

If you can establish an editing process that works for you, post-production will start to become second nature for you. That will lead to clear improvements in the look and feel of your videos, which will help you gain an advantage over other content creators who don’t realize how important editing can be.