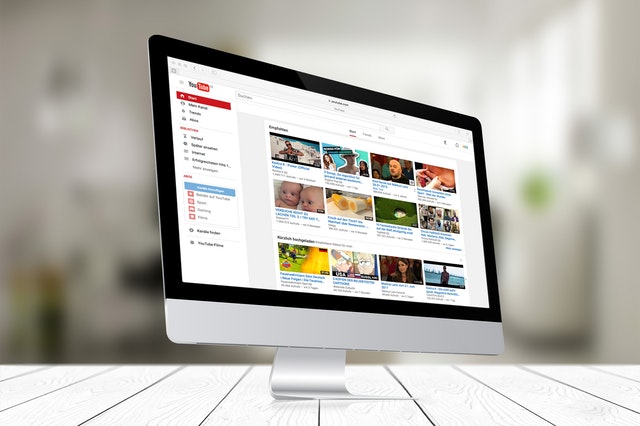 How would you like to spend three minutes of your time watching a video tour of a stranger’s apartment? This isn’t some amazing apartment that contains slides or a haunted bathtub or even a C-list celebrity. Still, over 300,000 people have watched Matt D’Avella’s video titled “My Minimalist Apartment.”

How did D’Avella attract so many eyeballs? His video features spot-on stock music, but that’s only a part of what makes this video work. If you want to seriously up your YouTube game and start attracting views in the six figures – heck, let’s shoot for seven figures – here are the five basics you need to understand and embrace like a new BFF!

A Quick Side Note About the Power of YouTube

If you are in the video creation game, you already know that YouTube is the single greatest video platform around. For most video content creators – whether you review peanut butter and jelly sandwiches or want to gain greater visibility for your business – YouTube is your best shot at being seen, shared, and adored.

The metrics are worth repeating here:

In other words, YouTube is where the eyeballs are. A lot of people have figured this out, which is why you are competing with the 300 hours of video that are uploaded to YouTube every minute!

How can you possibly stand out? Matt D’Avella’s video, “My Minimalist Apartment,” holds some important clues. While this video isn’t the hottest thing to ever hit YouTube, D’Avella has a great sense of his audience and style. His videos regularly rack up six-digit views, along with lots of shares and loving thumbs up. You can get these numbers and his tight knit group of loyal followers too by following his lead.

Know Who You Are

Before you even think about turning on that camera, you should know exactly what theme and space you want to conquer on YouTube. This will allow you to define your audience, guide the topics you choose to cover, and help you figure out how you present your content.

Many of Matt D’Avella’s videos focus on the theme of living a minimalist lifestyle but to say that his theme is “minimalism” is too simplistic. Matt’s theme is about getting more out of life, often through implementing minimalist habits. Additionally, his videos showcase his playful personality  and make minimalism seem like a fun, rewarding lifestyle.

It’s easy to see what type of people would be drawn to this video. It attracts people who are curious about minimalism, who already practice minimalism and want to be part of the minimalism community, and those who want to simplify their lives.

If you are new to the video creation party, take a good amount of time to develop your theme. If you are showcasing a business or product, think in terms of your brand.

Come Up with a Great Idea

Next, come up with a concept of your video. A lot of great ideas should spring up naturally as you consider your theme. One of Matt D’Avella’s biggest themes is living the minimalist lifestyle. It fits perfectly within the expectations of his audience to create a video that tours his minimalist apartment.

Figuring out a great idea doesn’t mean you have to come up with something entirely new. That would almost be impossible. (How about playing the Super Mario Bros underwater theme song on the harmonica? It’s been done. More than once.)

Instead, come up with an idea that fits your theme and then make it fresh by doing it your way. Matt D’Avella certainly isn’t the first person to ever show off his home (who remembers MTV’s Cribs) or even the first person to make a video about a minimalist home. His video works because it stars him – a person his fans like – and because it features his humorous and upbeat personality.

Start with a Solid Intro

We all know that attention spans these days can be somewhat lacking. (Completely unrelated – thank you for making it this far into the article!) That’s true for content and for video. A chunk of your audience will be in skim mode when they click on your video. If you don’t impress them and get to the point right away, they’ll click on the next interesting thumbnail in their video feed.

Capture your audience’s attention by clearly explaining the purpose of your video right from the start. That might include introducing yourself and clarifying the benefit they’ll get out of the video. You also want your theme and branding to be apparent right from the get-go.

In his “My Minimalist Apartment” video, Matt D’Avella introduces himself, explains his background, and clearly states what the video is about in the first seven seconds of the video. His intro is quick, clear, and effective.

We’re a stock music company, so of course we think music is a key component to making great YouTube videos. Music sets the mood of a video, draws the audience in, builds an emotional connection, and adds a layer of professionalism to the video. Watch Matt D’Avella’s “My Minimalist Apartment” again and listen to the music.

Matt makes a great musical choice here, picking music that is jazzy and a little quirky, just like him. The music doesn’t dominate or distract from the video, but supports it, giving the audience a nice auditory treat as they tour Matt’s home.

Finding the right music to fit your video takes time, but it’s worth the effort. Start with high quality stock music and then pick a tune that enhances the emotional vibe you want to present and that matches the theme of your brand, personality, and/or video topic. (At Soundstripe we make this easy by allowing you to filter our music library by theme.)‍

End with a Powerful Call to Action

Even creating a two-minute video can require hours of filming, editing, and polishing. It’s serious work, so don’t do it for nothing. Make sure you have a clear purpose in mind before starting the process and include a call to action within the video.

The specific call to action you choose will depend on your goals. It may be as simple as subscribing to your YouTube channel so viewers will get notified whenever you release something new. Other calls to action may include:

Because many people will only watch a short segment of your video, some experts suggest putting the call to action right into the video’s introduction. Others advise creating an outro bumper scene at the end of the video or clickable annotations.

Matt D’Avella holds off on his call to action until the end of his video, asking viewers to subscribe to his channel with an outro bumper scene and then highlighting his website and podcast.  But wait, if you watch carefully, you’ll notice a sly little subscribe button hanging out in the bottom right hand of the video from beginning to end.

Test out different call-to-action options and use YouTube’s built-in analytics to determine which configurations gets you the best results from your audience.

There is no single recipe that will help you create a perfect YouTube video that will be universally loved and shared by all. However, you should notice a theme running through each of the suggestions in this article. Great videos require thought, planning, attention to detail, and a willingness to put in the hard work.

Matt D’Avella didn’t tape his “My Minimalist Apartment” video in ten minutes and then slap it up on YouTube. Despite its fun and airy feel, this is a well-plotted, carefully crafted, and polished piece . The fact that it feels carefree is a testament to the skill Matt and his team have cultivated and his comfort with his theme and audience.

You’ll have to discover your theme and audience yourself, but here at Soundstripe, we can give you access to loads of high quality stock music for all of your videos. Check out our library and sign up for an all-inclusive subscription.