Plan Your Project with This Film Riot and Assemble Production Template 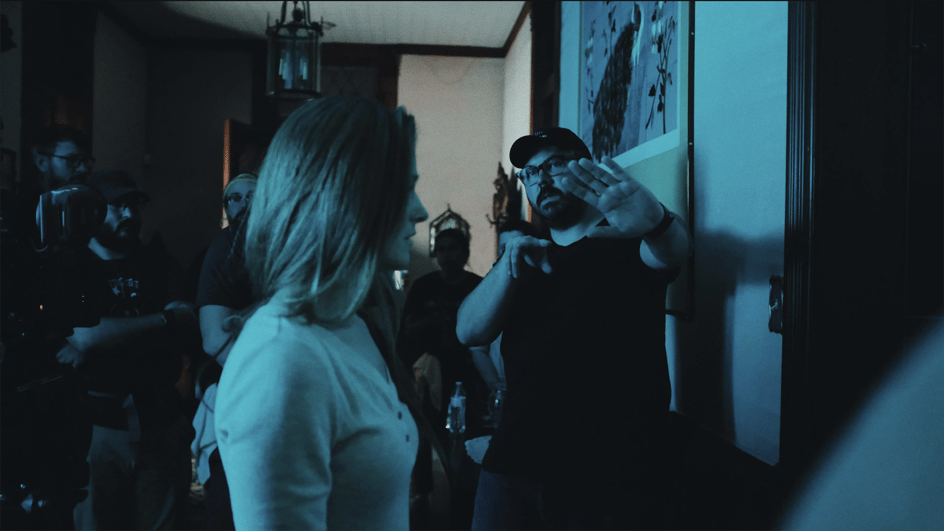 If you want to do something right, you should learn from the best. Or, at the very least, partner up with the best. That’s what everyone’s favorite film and video content creators Film Riot did when they partnered up with the team at Assemble to create their very own short film production template which they’ve been using on their latest projects and videos.

For those who might not be familiar (which means you’ve been living under a rock), Film Riot is an uber-popular YouTube channel dedicated to “how–to trip” through the vast and complex art of filmmaking. Run by the Connolly Brothers, Film Riot has established itself as a trusted sources of DIY production tricks and innovative editing techniques.

As they outline in the video below, they’ve recently partnered up with the team at Assemble — a project management platform designed for film producers — to provide a short film production template to guide filmmakers through the instrumental steps of their video production projects.

If you follow the link in the video (or click on it here), you can find your very own short film production template which was created by Ryan Connolly from Film Riot and built on Assemble’s project management platform.

Now, there are a lot of free production templates out there on the internet. And there are also plenty of ways in which you can manage a film’s production on your own with your own run-of-the-mill project management softwares.

However, this is a cool new option which was designed by some of the most empathetic filmmakers-slash-content creators out there and is really a cool option for those who are fans of the Film Riot brand.

If you follow the link provided above it’s as simple as getting started and setup with Assemble’s project management platform — which you can read more about here. They offer a free 30-day trial for anyone looking to give it an honest test before diving in fully.

From there their plans start for as low as $19 a month and includes access to a full array of products and tools including:

With a free trial though, if you do have a short film project which you’ve always been wanting to try out, this might be a great option to help guide you through one of your first projects.

If you’re interested in learning more, you can access the template as well as read about how to use it in this step-by-step guide here.

Tips for working with your own production templates 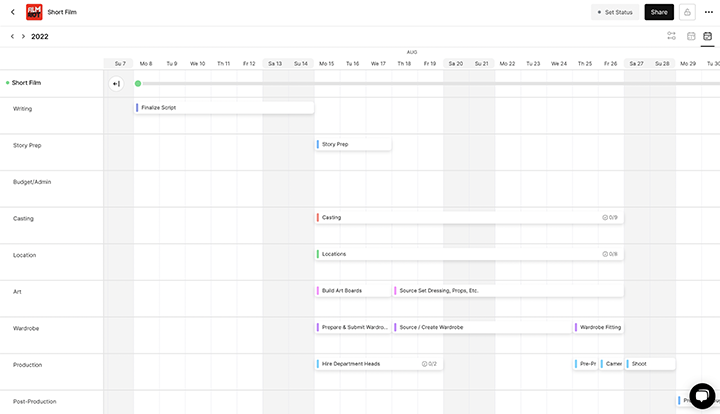 At the end of the day though, any production template which you choose to go with is only going to be as good as the work and focus that you put into it. It’s still very much up to you to plan out your shoots around your schedule for yourself, your cast, and your crew.

That being said, having a singular template or place to keep all of your information, calendars, and lists can be a huge luxury to help keep everything coordinated and on the same page.

Here are some basic tips to keep in mind when working with your own templates on your own shoots and projects:

Ultimately, the more clear, thorough, and connected you can stay with one singular resource throughout the entirety of your production the better. Whether it be a template you whipped up yourself in a Google doc, or a multi-faceted project management platform like Assemble, it’ll be up to you (or your producer) to see a project through from start to finish.

If you’d like to check out some other templates, resources, and guides for your own film projects, here are some additional articles from the Soundstripe blog worth checking out.