How Waymark Scaled Their Video Product with Soundstripe

By the end of 2022, video content is expected to make up more than 82% of all consumer internet traffic. From advertising to entertainment to social media to education, video content runs the show.

When the demand for something is that high, there are a lot of individuals and businesses looking to jump on the trend…even if those people don’t exactly have the technical knowhow or creative skills to do the complex work of video production.

Part of that challenge comes down to music licensing, and specifically finding quality songs to use in video content. It’s why content creation companies are looking for ways to provide tools for customers without having to deal with copyright litigation.

This is the story of how we provided Waymark with award-winning music at scale so their customers never have to worry about music licensing or broadcast rights again. 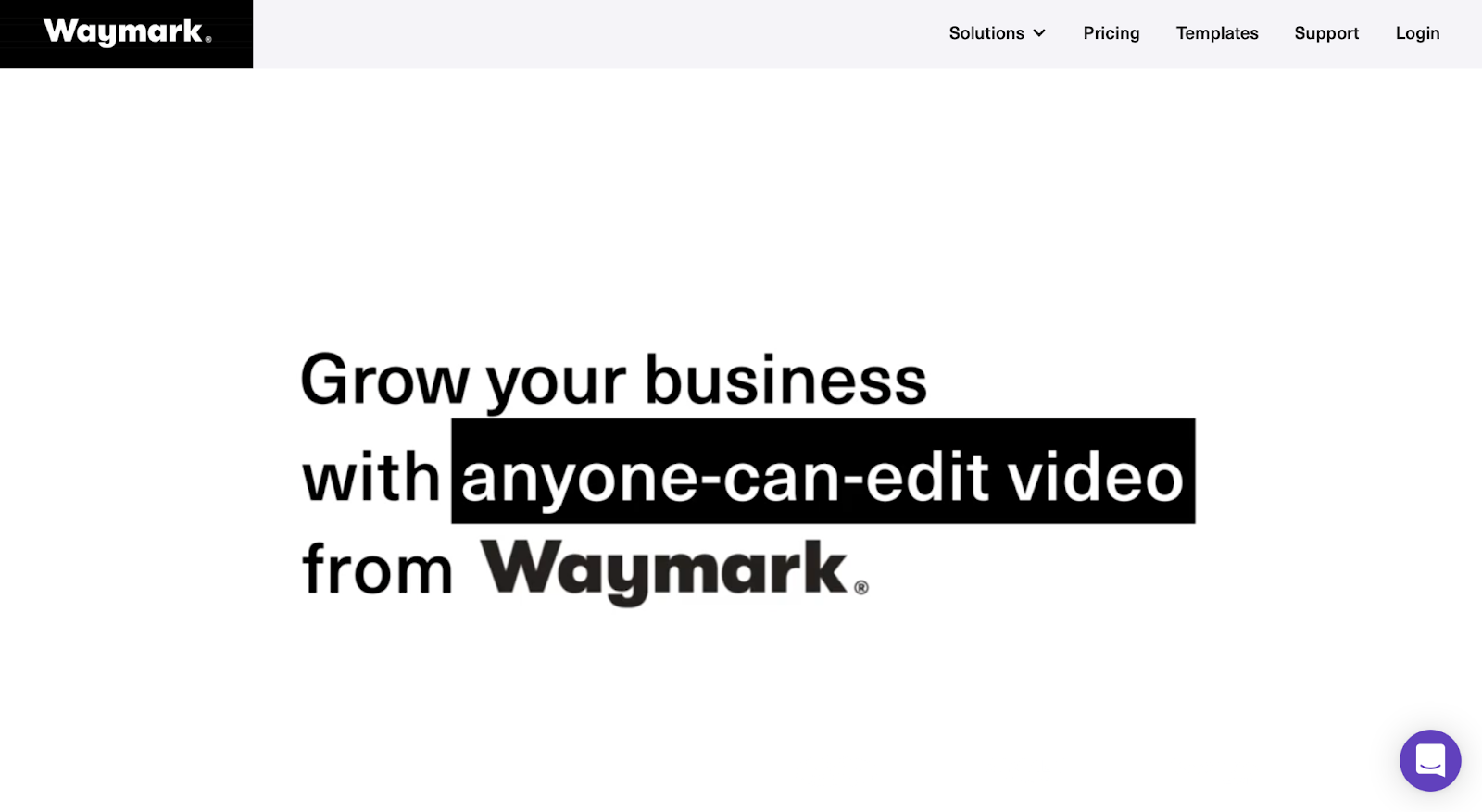 As the demand for video content (and especially video marketing) continued to skyrocket, Waymark came up with the perfect solution for an underserved market. Thousands of brands — everything from solo-run startups to global corporations — wanted to get into video but didn’t have the time, talent, or resources to produce content that would achieve their goals.

So Waymark began building video templates and tools that empowered anyone to make videos that could A.) tell a good story and B.) perform well as video marketing.

“Our credo from the beginning was to provide a quality, professional product to the marketplace. Whether it was a 6-second 4x5 video for social media or a 5-part series of 30-second TV commercials, quality was always important,” says Josh Rubin, Executive Producer at Waymark.

Dealing with music licensing for any project

It’s one thing to provide video templates for small businesses or content creators. It’s a whole different ball game when it comes to connecting with giant corporations who want videos that can run anywhere from social media feeds to Super Bowl commercial breaks.

This is where all of Waymark’s plans and ideas hit a large, copyright law-shaped wall.

“We had a few outstanding legal things to overcome, including how we dealt with licensing. At the time we were working with a couple music providers, and the big challenge was that we were selling a digital product to help people make social media ads,” says Tim Killeen, General Counsel & Special Projects at Waymark.

“But if we were really going to tackle the enterprise space, and the media company space especially, we were going to have to offer a product for TV broadcast,” Killeen says. “The challenge was finding a partner who could conceptualize our product and TV licensing in the same bucket. A lot of the music providers had a hard time with that.”

This is a problem we’ve seen heard from a lot of different businesses. There just aren’t a lot of music companies out there that fully own the music in their libraries. And that can create complications for the customers who license that music.

If a customer only needs to license a couple songs, that’s not a big deal. They either pay up front for the royalty free music they need or sign a licensing agreement that includes royalties over time.

But for businesses that need music licensing to be flexible, to cover different types of projects and especially broadcast rights, there really aren’t many options out there. That can lead to grossly overpriced rates for broadcast.

Soundstripe has full ownership of every single song in our library. There’s no need for a middle man to handle rights and royalties, and no worries about unreasonable rates to cover third-party fees. To reference Waymark’s specific need, a licensing agreement with Soundstripe covers everything from social media videos to Super Bowl ads.

That (among other things) made us a perfect partner for what Waymark wanted to offer its customers.

Making licensing easy has a lot of appeal for both corporate partners and their end users. But as useful as that is, nothing compares to the guarantee of thousands of radio-quality songs from Grammy-winning producers. Those two things together made it a no-brainer for Waymark.

“I come from a video editing world, editing trailers in LA for 15 years, so I recognized the importance of a premium music library,” says Josh Rubin. “We had decent music that we were sourcing, but we brought talented musicians on our team who have a good ear for quality. That’s part of the reason why we switched to Soundstripe. We’ve always been able to find the right piece of music for the right template.”

Delivering video production to the masses

Partnering with Soundstripe opened that next door for Waymark…or rather, the door to the next stage of business. They were able to offer great radio-quality music in their platform at scale, and reliably sublicense that music no matter what kind of project.

Because Soundstripe’s license is flexible, Waymark was able to move their business model forward. Music wasn’t an obstacle anymore — it became a part of their product that added value and actually attracted new customers, especially at the enterprise level.

“Other music providers would say, ‘Traditional TV licenses cost about $100,000,’” says Tim Kileen. “We sell our videos for $99, so that was never going to work out. We started looking around for a partner that understood broadcast licensing, understood what we were trying to do with our product, and understood the value of combining the two.

“Including Soundstripe music in our video ad platform has allowed us to meet new customer needs and do things our competitors can’t.”

How to Improve Your Projects with Music