How to Get (or Prevent) the Uncanny Valley Effect with Rotoscoping 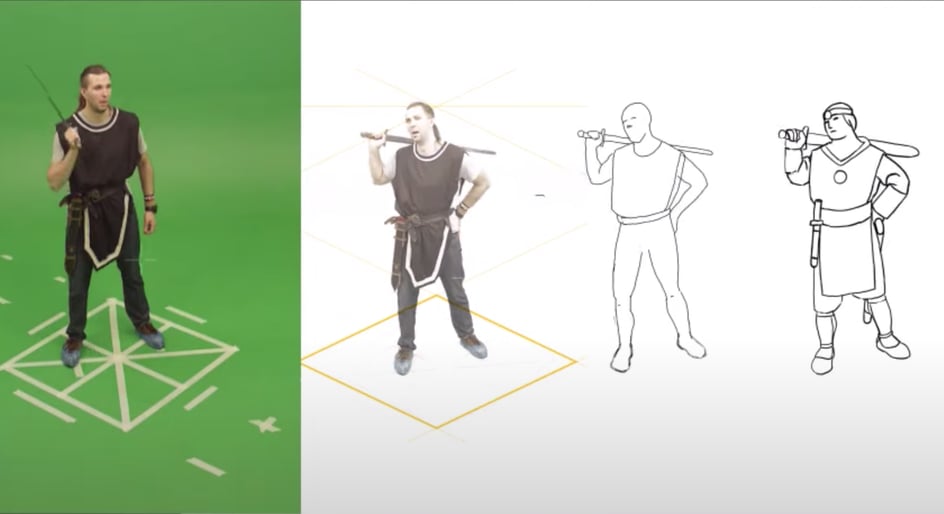 More than fifty years ago, animators and visual effects artists faced a dilemma: The movements, mannerisms, and facial expressions of the animated characters they created just didn’t seem realistic.

Animated motion tended to be abrupt, disjointed, and robotic. While viewers could understand what was happening on-screen, the character movement didn’t mirror human movement in a believable way.

Fortunately, the solution to this problem was a technique called rotoscoping.

With rotoscoping, creators could base their animations on live action footage instead of working without a reference. This technique immediately pushed the quality of animated sequences to a new level.

However, as rotoscoping animation and techniques developed over time, a phenomenon called “uncanny valley” started to occur. If you’re not familiar with the concept, it’s essentially when the sight of a human-like character triggers a feeling of unease, disgust, or fear.

When the uncanny valley effect is created intentionally — let’s say for a sci-fi or horror film — it can evoke a strong (and desired) emotional response from your viewers. It can add even more tension to an already nerve-racking scene.

But when done unintentionally — let’s say in a children’s holiday film like The Polar Express — the uncanny valley effect may actually drive away your intended audience. (Best case scenario: Viewers feel slightly perturbed but keep watching.)

In this guide, we’ll take a closer look into the rotoscoping process. Then we’ll explore how it relates to the uncanny valley phenomenon — and to provide even more context, we’ll also share four examples in film.

Rotoscoping takes place when an animator traces over individual frames of live action footage to create fluid and realistic animations. The process is time consuming and requires a great deal of visual effects (VFX) skills, but it’s easier to do now that the process has become digital.

As you can see from the video above, rotoscoping was one of the first forms of motion capture (or performance capture). The earliest animators achieved this effect by using footage of live actors and performers — such as the famous jazz singer and dancer Cab Calloway.

Calloway, in particular, was a major source of inspiration for animators in the 1930s and beyond who wanted to bring their characters’ movements to life. By tracing Calloway’s original performance, an animated walrus could fully transform into quite the talented dancer (pictured below).

There’s a lot of history and context to cover with this technique, so without further ado, let’s compare the original rotoscoping technique with the digital process used today.

Animator Max Fleischer imagined, created, and then patented the process for rotoscoping in 1915. In those early days, he would project video footage one frame at a time onto a glass panel and then draw an animation design on the surface.

By modern standards, this technique isn’t the most time-efficient given that there are digital alternatives now. But during Fleischer’s time, this process revolutionized the way animated sequences and VFX were created.

One of the most memorable first uses of rotoscoping was when Fleischer created the character Koko the Clown, who was featured for many years in silent (and non-silent) animated films alongside characters like Bimbo and Betty Boop (pictured below): 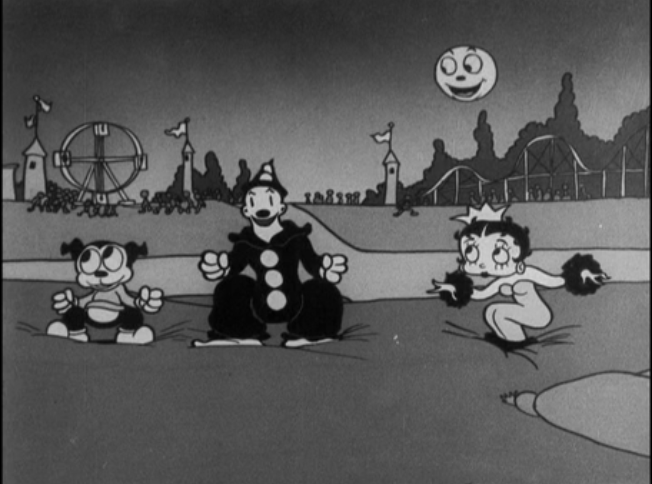 To create and animate Koko the Clown using his rotoscope invention, Fleischer enlisted help from his brother who modeled as the clown in the shot footage. From there, Fleischer’s character took on a life of its own.

These days, VFX artists and animators have pretty much abandoned the glass panel approach in favor of a streamlined digital process.

With software like After Effects, Fusion, and Nuke, you can use rotoscoping to create anything from fully-animated projects to fantastical live action films. Among other things, you’re able to mask and track the movement of objects or actors and then manipulate them or the background footage in some way.

Even though rotoscoping is still a lengthy process, it’s much easier to do in the 21st century than it was in the 20th century because of the advances in VFX technology.

Here’s where uncanny valley comes in

In the time since animator Max Fleischer invented the rotoscoping technique, animations and VFX have become increasingly more detailed and lifelike.

While this type of progress is great for the film industry and creators as a whole, it also comes with a potential downside: Animated characters that toe the line between being hyper-realistic and noticeably not human can easily fall into uncanny valley territory.

The uncanny valley phenomenon was coined by Japanese roboticist Masahiro Mori in 1970 to describe the uncomfortable and uneasy feeling that viewers have when they see an image like this: 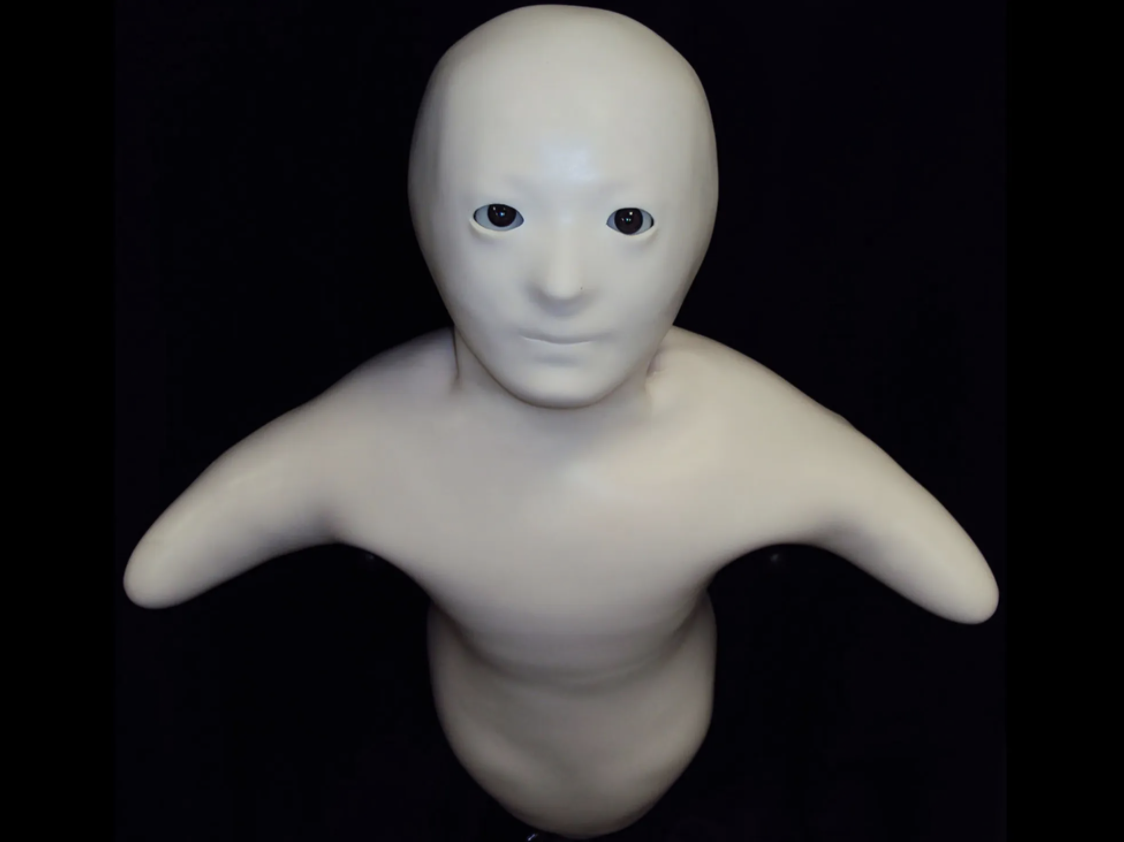 Whether you’re a VFX artist, animator, or video creator, the last thing you want to do is evoke this type of viewer response unintentionally — but it’s still happened many times over the years.

One such example is the character Fiona from Shrek. When watching a test screening of the first version of the film, the children in the audience were disturbed and even fearful of her human-but-not-quite-human appearance.

This instance of uncanny valley was so significant that the animators actually changed her appearance before the theatrical release.

To further explore how rotoscoping can create or prevent the uncanny valley effect, let’s take a look at a few other film examples:

Snow White and the Seven Dwarfs is the first of many fully animated Disney films that was created by using rotoscoping. To give the characters realistic movements and features, Walt Disney worked with live actors to capture the motion of dancing, walking, and more.

Even though this animation style is more realistic (and less cartoon-like) than other common styles used at the time, it doesn’t cross the line into uncanny valley territory — which, in the case of a children’s film, is a good thing.

The Lord of the Rings films could be featured in this list for any number of reasons, but there’s one simple and straightforward reason in particular: Gollum.

From Gollum’s first appearance in this franchise to his last appearance in The Hobbit films, his character undergoes quite a few physical changes — which you’ll notice when comparing these two images: 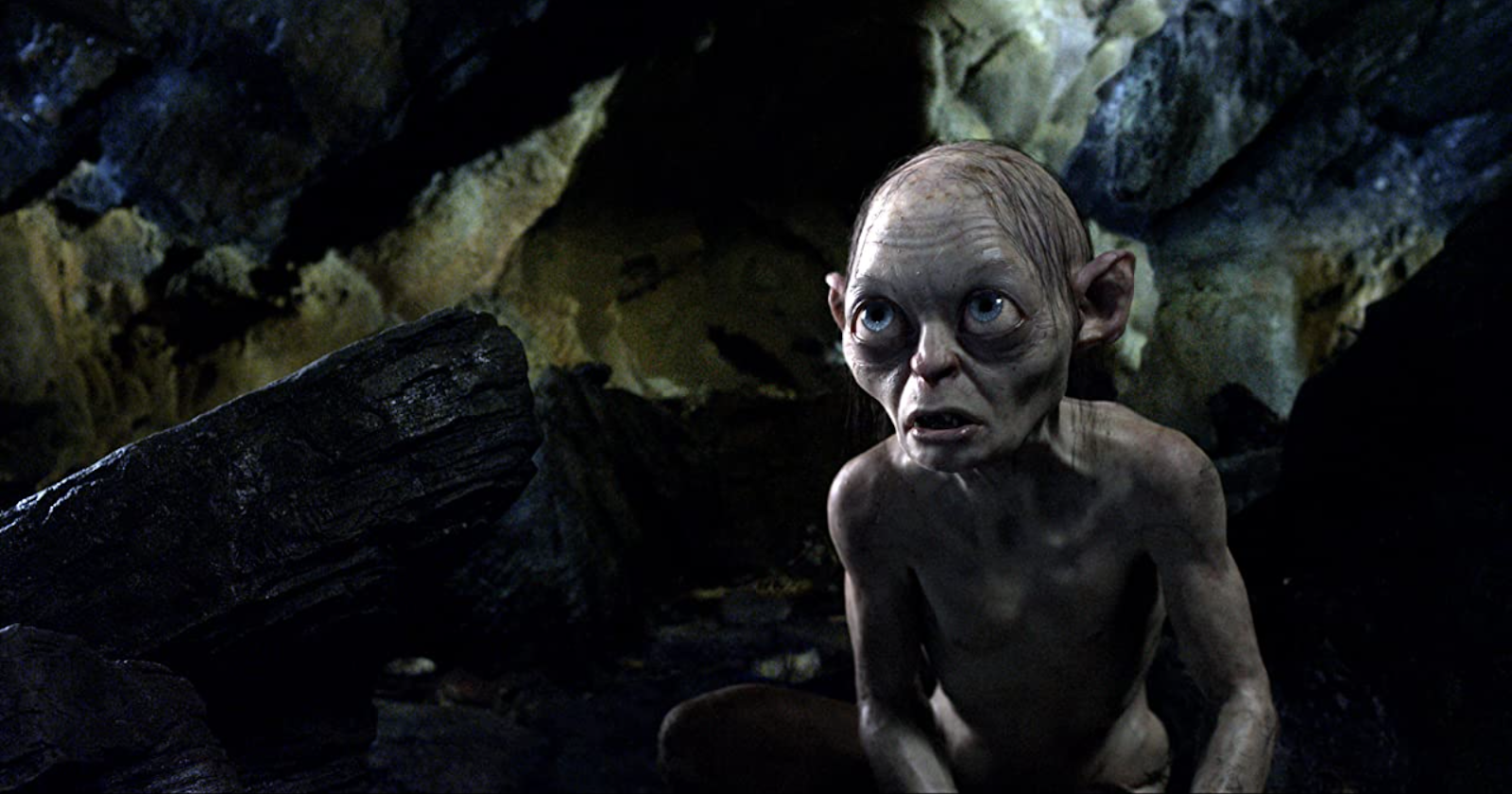 In the second still, his features are more defined, disturbing, and inhuman — and part of that change is credited to the filmmakers’ evolving process for rotoscoping and fine-tuning his appearance. (You can learn more about that process here.)

If viewers experience a sense of unease and fear anytime his character appears on screen, this is one instance where the uncanny valley effect serves a thematic purpose in film.

The Polar Express is a film with realistic-looking characters, and once again, that’s largely because of the filmmakers’ rotoscoping and CGI technology. In the video above, you’re able to see side by side comparison shots of the live action footage and the fully animated footage.

While this film is a great example of rotoscope animation in the early 21st century, it does teeter into uncanny valley territory since the character animations are far more realistic than cartoonish.

Unlike the other examples on this list, the uncanny valley effect doesn’t serve a thematic or intentional purpose in The Polar Express. However, when comparing this film with more modern animated films from Pixar and other animation studios, you can really notice how far rotoscoping and VFX technology has come.

In this scene from Beowulf, notice how all of the character animations are extremely human-like but undeniably inhuman.

If you were to squint your eyes when watching this scene, you might assume that the human characters were real actors — and that’s thanks to the rotoscoping and animation skills of the filmmakers.

However, because you won’t be squinting while watching a film, the uncanny valley phenomenon is definitely at play here. In this case, the feeling of tension and unease that viewers feel when watching the characters on-screen can actually reinforce the film’s dark and terror-filled storyline.

So whether or not the animators intended to trigger the uncanny valley effect, the phenomenon is more likely to enhance (rather than ruin) the viewing experience.

VFX artists, animators, and other production professionals all stand to benefit from understanding these two things: 1) The basics of rotoscoping and 2) how this technique can influence the viewing experience in a meaningful, and sometimes drastic, way.

Whether you want to embrace the uncanny valley effect or steer clear of it, what ultimately matters is that you are intentional about (and aware of) the type of impact you’re creating with your project.

If you’re interested in sharpening your production and post-production skills, these other articles from the Soundstripe blog might be of interest to you: