Spotlighting the Contributions of Black Directors to Modern Film 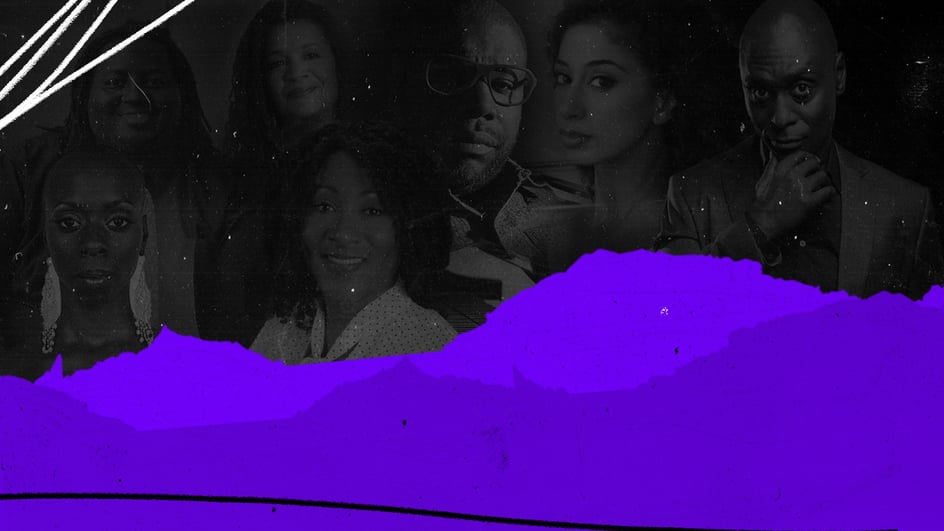 Black creators have made, and continue to make, significant contributions to modern film. But it would be a lie to say that the industry has always welcomed multicultural and intersectional voices.

Oscar Micheaux — the industry’s first black filmmaker — produced the film "Within Our Gates" (1920) largely to combat the racism and misrepresentation of Blackness.

Even as we remember and celebrate some of the “firsts” for black creators in film, we need to be intentional about understanding what those filmmakers had to endure so we can empower those who will come next.

In order to do so, we need to face difficult truths. So here are some of the facts.

The sole black female director in this 2018 sample was Ava DuVernay, who had this to say about inclusion in the film industry:

“Time will tell… whether folks want to point and stare at the black woman filmmaker who made a certain kind of film, and pat her on the back, or if they want to actually roll up the sleeves and do a little bit of work so that there can be more of me coming through.”

Writing from my own experience as a white cisgender woman, it’s often easier to flirt with complacency than to question why the statistics are what they are. But cultivating a more inclusive space for black and POC creators begins with a strong dose of honest accountability.

Black creators should have more representation in the director’s chair — and industry-wide — than they do now. This article’s sole purpose is to give credit where credit is due and recognize a few of the masterful storytellers in the film industry today.

Jade Bryan has dedicated her career to pushing the envelope on who can be a creator in mainstream film and TV. As part of this effort, she started the DeafTalent Campaign as an industry-wide push for increased representation of black and POC deaf talent.

As Bryan points out in the YouTube video above, she enrolled as the first deaf black filmmaker in NYU’s film production program at Tisch School of the Arts. Not only was she the only deaf filmmaker in the program at the time, she believes that she was the last one — at least through 2018.

Over the years, many aspiring deaf filmmakers who wanted to attend the same program reached out to Bryan for help and advice. She wrote recommendation letters on their behalf, but ultimately, none of these applicants were accepted.

Though Bryan was disheartened by this news, she wasn’t surprised. The sad reality is that the filmmaking industry isn’t as welcoming to deaf creators as it should be.

In 2012, she and a group of fellow advocates set up outside of production studios and called attention to the need for more representation.

“We wanted to share the message that we are visible,” she recalled. “We are here! We have talent.”

Her passion for this cause has influenced both her directorial work and social media advocacy. In the years since graduating from NYU, she has produced and directed several documentaries, feature films, and other projects.

If you’re interested in watching her work, below are a few of her most notable contributions to the industry.

Ava DuVernay’s entry into filmmaking happened later in her professional career and after years of working in journalism and public relations. Her short film "Saturday Night Life" (2006) signaled the start of a career pivot to writing, directing, and producing films.

Like Jade Byran, DuVernay lays claim to many industry firsts: she is the first black woman to win Best Director at the Sundance Film Festival, the first to be a Best Director Golden Globe nominee, and the first to direct a Best Picture Oscar-nominated film.

But in an interview with TIME, she offers a different perspective on all of these firsts:

DuVernay’s directorial career has been shaped by her upbringing and an early appreciation of art. But it has also been fueled by the belief that who gets to tell a story matters.

Through her work, she continues to empower aspiring creators — of any age or background — that they, like her, can become a filmmaker.

Barry Jenkins has been praised for his directorial work in films such as "If Beale Street Could Talk" (2018) and "Moonlight" (2016). He received various nominations for his part in these film productions (i.e. Best Achievement in Directing, Best Director - Motion Picture, etc.).

Not to mention, both films were nominees in the Academy Awards, Golden Globes, and BAFTA Awards.

Viewers watch as Chiron navigates childhood, adolescence, and adulthood — experiencing hardship and coming to terms with his identity and sexuality.

In the interview above, Jenkins shares that, throughout his own childhood and adolescence, he didn’t believe he could ever become a filmmaker. But in college, he fell in love with the work of foreign filmmakers and decided to pursue a career in film.

Shooting "Moonlight" — and particularly scenes with Chiron’s mother (Naomi Harris) — was a cathartic experience for Jenkins, whose mother also struggled with an addiction to crack cocaine.

“I had to separate myself (the director) from myself (the human being) reliving all these things that I’ve tried my hardest not to relive...but this really beautiful thing happened where, because I was feeling so much, it came out in the craft.”

Jenkins’ ability to capture the emotional weight of an on-screen moment is one of his defining strengths as a director. And the fact that "Moonlight" and "If Beale Street Could Talk" have received such high praise from mainstream America affirms that there is a demand for new stories and perspectives like his.

Making Room for the Next Generation

The most authentic way to represent black and POC communities in TV and film is to staff the productions with black creators, at every level.

When a film is created about black lives but not informed by black creators, viewers who are part of this community take the story for what it is: an archetype of the black experience.

After years and years of watching these types of stories on-screen, black creators are conditioned to believe that there isn’t a place for their perspective in mainstream culture.

Our mission at Soundstripe is centered around you, the creator. But we’re the first to admit that as a predominantly white company, there is still a lot of work to do.

We want to empower creators of any race, gender, socioeconomic status, or ability to start and keep creating. And we want to be a stock media resource that you can trust for quality music, video, and sound effects at a fair price.

In the words of James Baldwin — famed author of "If Beale Street Could Talk" — “I am what time, circumstance, history, have made me, certainly, but I am also, much more than that. So are we all.”