We know the right effect can make or break your project. That’s why every track in our library is vetted by award-winning producers. Hear for yourself. We've curated a playlist with our best transition sound effects.

Looking for something different?

We got you. From classical to hip hop to indie, our audio library contains thousands of outstanding tracks. Use one of our 13 filters or check out other curated playlists to find what you need in minutes.

Never worry about licensing again. With Soundstripe, your membership covers the cost for every song license. Just find the right track, download the file, and get a custom license. That’s it. No channel or media-specific fees, no recurring royalties, ever. Here’s more good news: you have unlimited licenses. Go ahead, download as many songs as you want.

When And Where To Use Transition Sound Effects

Every video has transitions. Chances are good that you already use them in whatever you work on, whether that means whip-pans in your vlogs, traditional cuts for your short films, or a way to outro your explainer videos.

Transitions are a simple way to guide the viewer between scenes or ideas without losing their interest. And at a time when viewers are constantly being bombarded with other videos to watch, holding someone’s attention is a challenge we all face.

Transition sound effects can be a quick, easy, and affordable way to hold onto a viewer’s interest while adding a little bit of flair to a (somewhat basic) filmmaker trick.

But in order to really understand how and why to use transition sound effects, it helps to have a little background knowledge about transitions, sound design, and how marrying those two things can improve the quality of your video production. 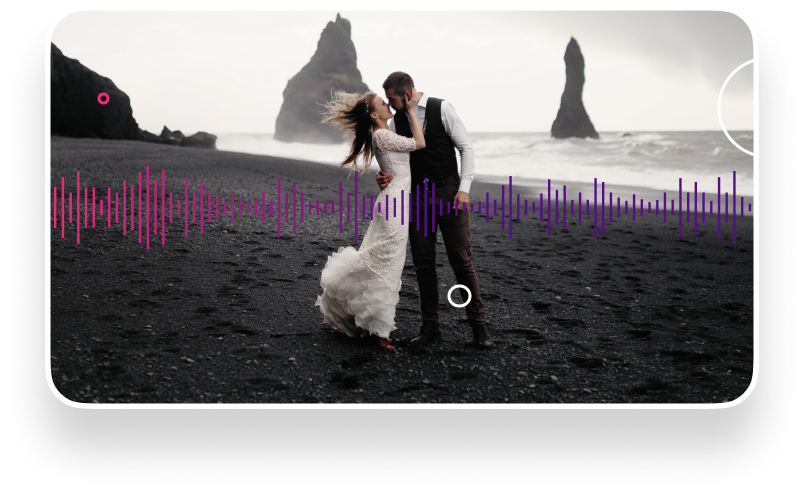 Understanding The Value of Transitions

Transitions have become a trendy skill thanks to many popular YouTubers. And other content creators have built up followings because they create and sell video transitions (some of which are directly inspired by things seen on other YouTube channels).

In addition to showing you some of the coolest transitions out there, this video also provides some pointers on how and, more importantly, when to use them. Even if they add flair to your videos, there’s always a risk of overdoing cool features.

And when you do that, all of your hard work slips from awesome or inspiring to cliche. For a content creator looking to show off your skills, nothing is worse than making a video that doesn’t connect with your audience.

That’s why you can’t just jump on the transition hype train — you need to think about ways to incorporate them, but also make them better. It’s the best way to create the visual experience you want but still push yourself to improve in your craft. And it’s how you’ll set your transitions apart from everyone else’s work.

Transitions have become something that many people expect from certain kinds of videos. They’ve shifted from “vlogger editing trick” to “basic editing practice.”

(In fact, they’ve become so popular that Adobe created some tutorials and step-by-step guides to adding transitions into Premiere Pro timelines.)

This interesting subculture just goes to show that transitions are invaluable tools for editors and filmmakers. And if you’re going to put that much work into the visual elements, you also need to think about the transition sound effects you’ll use to make the most of the moment.

Making The Most Of Video Transitions

Filmmakers use sound effects to add realism or believability, pulling a viewer into a scene. Your transitions should achieve the same thing, and that’s why transition sound effects can play the exact same role.

Traditionally, sound effects do a lot of heavy lifting in video production. This may seem like something outside the wheelhouse of how most people think about filmmaking, but clever sound design is a tried and true way to push your videos to the next level.

You may not be on the same level as industry legends Steven Spielberg or Ben Burtt, but that’s okay. It’s pretty hard to watch this sound design analysis and not see why you should invest more time and effort into how you incorporate sound into your projects.

At the basic level, many filmmakers think of sound effects as a tool for adding nature sounds to a scene. Or maybe it’s a way to add depth to background audio, like in a coffee shop or a busy city street. But the truth is that sound effects are a valuable way to improve your storytelling.

Think of it this way: If transitions are the bridge the gap between scenes, transition sound effects function as the support beams of that bridge.

A transition is a visual element, part of the “magic” that filmmakers use every day. And because most visuals need an audio counterpart, people have created sound effects specifically to help people smoothly insert transitions into whatever video they are working on.

Whether you are thinking of a whoosh sound or a way to blend background audio from different scenes together, you’re moving far from the traditional effects you would consider for, say, a short film project. And that is why you need to think about exploring this particular niche of the sound effects market.

Finding the right sound effect can be a struggle. Most sound designers have go-to sites and libraries, but the best ones often come at a high price tag. And if you only need a handful of sound effects, it may not make sense to invest hundreds or thousands of dollars into it.

This is where royalty free sound effects can save you in a big way.

Sound effects are bundled into these large (but expensive) libraries — it’s a way for the foley artists or sound engineers to make sure that they are compensated for their work on these files.

However, creative licensing for sound effects is a different animal than music licensing. And even though purchasing sound effects tends to be less complicated than paying for the rights to a song, it’s hard to find high-quality sound effects without also paying for hundreds of files you won’t use anyway.

You might have heard of how Soundstripe’s subscription plan transformed royalty free music. It’s a way to get unlimited access to thousands of radio-quality songs for an affordable subscription fee.

Our Premium plan makes that offer even better. You’ll still have unlimited music downloads from our song library...and you will also get access to more than 35,000 sound effects, including dozens of different transition sound effects.

In other words, it’s a plan built to meet all of your sound design needs so you can add the extra layers of polish to your upcoming video projects.