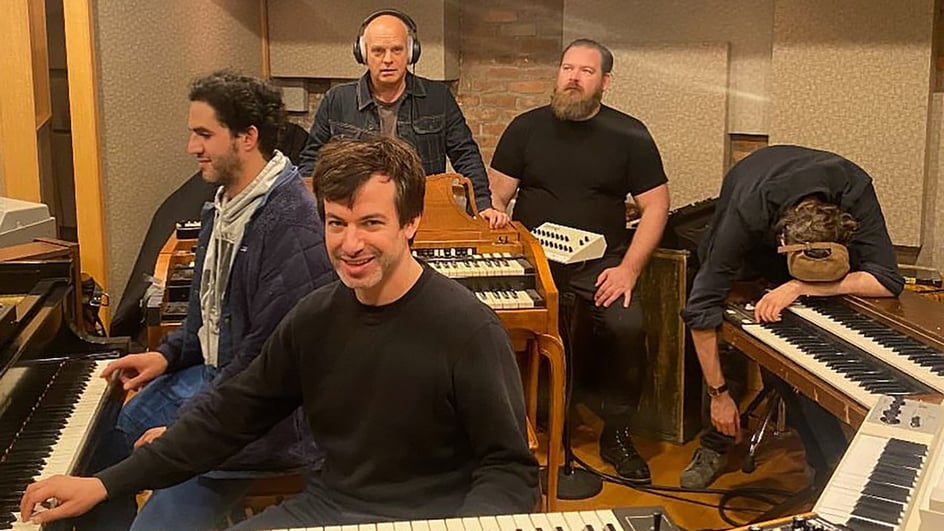 Color us excited about this new television show created and written by Nathan Fielder and Benny Safdie of the Safdie brothers. The Curse is set to release sometime here in 2023 and stars Emma Stone, Fielder, and Safdie. This new Showtime program promises to provide a unique blend between both directors' signature styles of comedy and high-intensity drama.

Unlike previous shows created by Fielder, this will not be a reality television program, but will instead explore "how an alleged curse disturbs the relationship of a newly married couple as they try to conceive a child while co-starring on their problematic new HGTV show, Flipanthropy.”

Yet, like previous efforts from Benny Safdie from his films with his brother Josh Safdie (collectively known as the Safdie brothers), this new show will continue an on-going collaboration with experimental electronic music composer Daniel Lopatin, best known as Oneohtrix Point Never.

While we don’t know too much about this new Showtime series from Fielder and Safdie, we can expect that it will be a challenging, yet tongue-in-cheek send-up on at least the more vain (if not disturbing) elements of reality home building shows.

Green lit by Showtime in early 2020, production officially wrapped in late 2022 with the final stages of post-production currently in process. Which is where we find this news about the collaborations between these different artists and composers on this much-anticipated soundtrack.

Looking back particularly at the Safdie brothers’ previous films like Good Time (2017) and Uncut Gems (2019), the directing duos’ ability to craft frenetic and chaotic scenes orchestrated by the intense and pounding soundtrack tones from Lopatin have been some of the best composer-director combo efforts in recent cinema history.

Which is why we’re even more excited to learn that not only will this new television show include the work of Lopatin in collaboration with Fielder and Safdie, but they will also be working with the hyper-talented John Medeski, a veteran jazz keyboardist best known for his work with the famous jam-band trio Medeski Martin & Wood.

We got a glimpse of this new collaborative pursuit from the Instagram account of Lopatin showing the group hard at work sitting and smiling in front of an array of synthesizers. Along with Lopatin and Medeski in frame, we also see that veteran indie producer Randall Dunn is working with the group to bring everything together.

Soundtrack trends to keep tabs on

So, what can we expect from this new project? We’re not exactly sure to be honest. There’s been so much fanfare around Lopatin and the Safdie brothers’ collaborations in the past it’d be hard to bet against a similar tightly wound composition serving almost as a high-strung character itself in the story.

Yet, with Fielder’s slow-burn approach to comedy and cringy character development, this might push these musical creators into different styles and tones.

Regardless of how the soundtrack eventually shapes out, with this amount of talent aboard, and with a huge release cycle expected due to the names involved, it will certainly be a soundtrack to keep tabs on as its choices will undoubtedly ripple throughout film and television circles once released.

We’re just excited to see how it develops.