How to Film a Nonprofit PSA Short 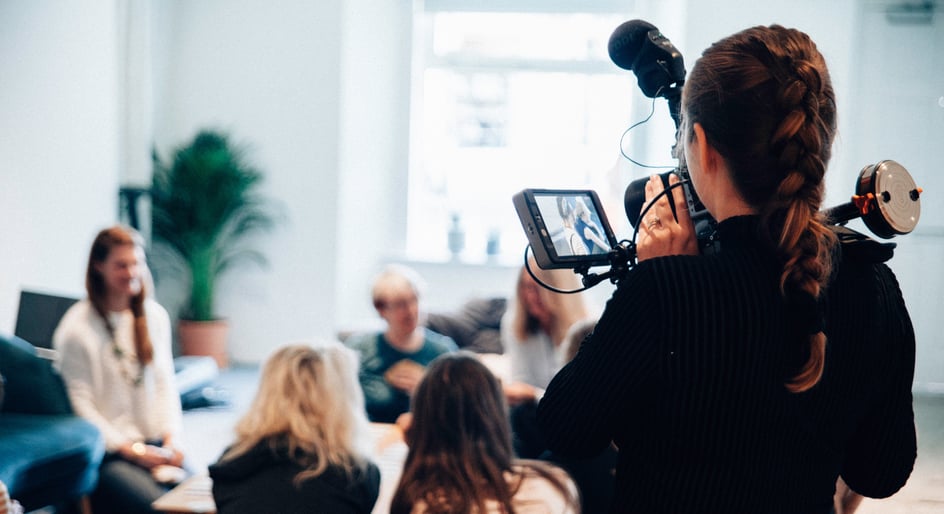 Broadcasting a PSA via radio or television is one of the many ways that nonprofits spread awareness, advocate for their cause, and shed light on hard-to-face truths.

A single PSA could reach thousands of people, especially since social media makes it easy to increase outreach across various platforms at the same time.

Even though nonprofits want their PSAs to reach as many people as possible, what matters most is that the PSA authentically represents the organization’s mission and presence in the community.

(Nothing is worse than clickbait tactics when you’re trying to bring awareness to important subjects.)

Because you’re someone who’s well-acquainted with the production process, you know that creating this type of impact starts at the pre-production level — and, specifically, with the PSA concept.

While you might know all there is to know about producing a short film or commercial ad, filming a nonprofit PSA requires a slightly different approach. That’s why, in this post, we’ll share some best practices for taking on this type of project.

What you should know before filming a PSA for a nonprofit

Maybe your specialty is indie filmmaking, corporate video production, or YouTube content creation. Maybe you’re involved with a nonprofit but have zero production experience of your own.

Whatever the case might be, making a PSA that drives more public support to a nonprofit’s cause isn’t an easy feat for anyone.

Having a few production tips and tricks up your sleeve is definitely an asset, but it doesn’t change the fact that you need to know the ground rules of producing a PSA. Here are the main ones you’ll want to keep in mind as you read the rest of this guide:

Rules aside, let’s take a look at five crucial steps you’ll want to take when producing a PSA for a nonprofit.

1. Learn as much as you can about the nonprofit

While this first step might seem obvious, it’s absolutely crucial and something our Creative Team was reminded of when making a PSA short film for the nonprofit CASA.

(For more information about that project, check out our YouTube video with behind-the-scenes footage below.)

You could assemble a highly skilled crew and invest in high-end gear, but if you aren’t taking the time to understand the nonprofit’s legacy and mission, then the PSA will be lackluster at best.

Before you even think about writing a script, speak with volunteers, lead organizers, and anyone else who has been directly involved with (or impacted by) the nonprofit. Find out all that you can about the organization and then use this information to create a more authentic PSA.

2. Identify the focus of your PSA

There are different ways that you could approach making a PSA video (i.e., documentary-style, animation, etc.). For our team, we decided early on that we wanted to create a PSA short film that showed viewers how CASA helps children in the U.S. foster care system.

Everything we learned about the CASA organization led us to the same conclusion. Our Creative Director, Jonathan Frazier, had a clear vision: “The most crucial thing was to ensure that the child was the emotional center of the film.”

Because CASA’s mission is to pair foster children with an adult advocate, we knew that we wanted to showcase this service in the PSA but keep the focus on the children who are living through this experience every day.

Once we decided on this angle, we started crafting the PSA’s plot and script so that viewers could connect with the nonprofit’s mission on a deeper, more personal level.

This process will look different for every creator because no two nonprofits are the same, but the importance of a clearly defined focus for your PSA is something that won’t change.

Deciding how you should frame a nonprofit PSA — and what your central focus should be —  might take some time to get used to if you’re not familiar with this type of production. But, fortunately, the other aspects of pre-production are more-or-less the same.

Once you fine-tune the concept and write the script, all of the other pieces of the process should start to come together organically.

You’ll work alongside your team to create the treatment, shot list, storyboard, and other pre-production documents. You’ll begin scouting and hiring talent while also booking the necessary filming locations.

Simply put, this stage is when you’re getting everything and everyone ready for production.

One key element you’ll need to consider before filming actually starts is the type of call-to-action (CTA) you want to include in the PSA.

Because here’s the thing: PSAs are not commercial spots that explicitly request donations, sign-ups, or purchases from viewers.

What’s important to remember here is that the CTA should give viewers more information and encouragement to show support without pressuring them to empty out their pocket books.

5. Check in with your talent during the shoot

Once filming begins, it’s important to regularly check in with your talent — especially if the PSA you’re shooting deals with sensitive topics that can be difficult to act out.

For CASA’s short film PSA, the subject matter was heart-wrenching and raw, so it was a top priority for us to make sure that all of our talents were in a good headspace throughout the shoot. It’s not a standard part of most pre-production phases, but it became an important way for us to build trust and a relationship with the talent before putting them in front of a camera.

By taking this simple but meaningful step, you can make sure that you’re creating a safe and productive environment on set — which, in turn, allows you to produce a great PSA for the nonprofit you represent.