Find Music Even Faster With Our New Similar Songs Feature

Helping our users find music even faster, the Similar Songs feature is now available in the song row.

Ever find a song you like, but it’s not quite the right fit for your project? Or perhaps you loved one song, put it to use, and want another one like it.

We heard your ask for a recommendation feature just like this, and we've been hard at work designing and building it. It's finally here! We're thrilled to release our very own Soundstripe Similar Songs feature to each and every user.

Click the Similar Songs icon in the song row to see five songs that will be similar to your initial selection.  The Similar Songs option can be found anywhere you see a song row, like when you're searching for music or browsing playlists and favorites.

Ready to see what Similar Songs is made of? Give the song Future Behold by Daniele Musto a listen, and then listen to each of the five Similar Songs recommended.

And that's not all! Every single song in our catalog has five legitimately similar song suggestions associated with it.

How Does Similar Songs Work?

Custom-built by our talented data scientists and engineers, this unique Soundstripe AI tool analyzes both the audio signals of a song and the metadata associated with it (categories, tags and keywords), balancing similarity and novelty to recommend five songs that are alike in style, flow and feel.

Go try it out Similar Songs for yourself!

What's great about an AI-driven feature like Similar Songs is it keeps getting better over time. As we release new music, Similar Song recommendations will continue to change on all existing songs, applying new results to songs going forward. Similar Songs will evolve as our catalog grows to match the most relevant, most similar set of songs each and every week.

Be sure to look for the Similar Songs icon on the app dashboard, music search page, your music favorites page, and in both the curated playlists and your playlists — basically every where you can find a song row. 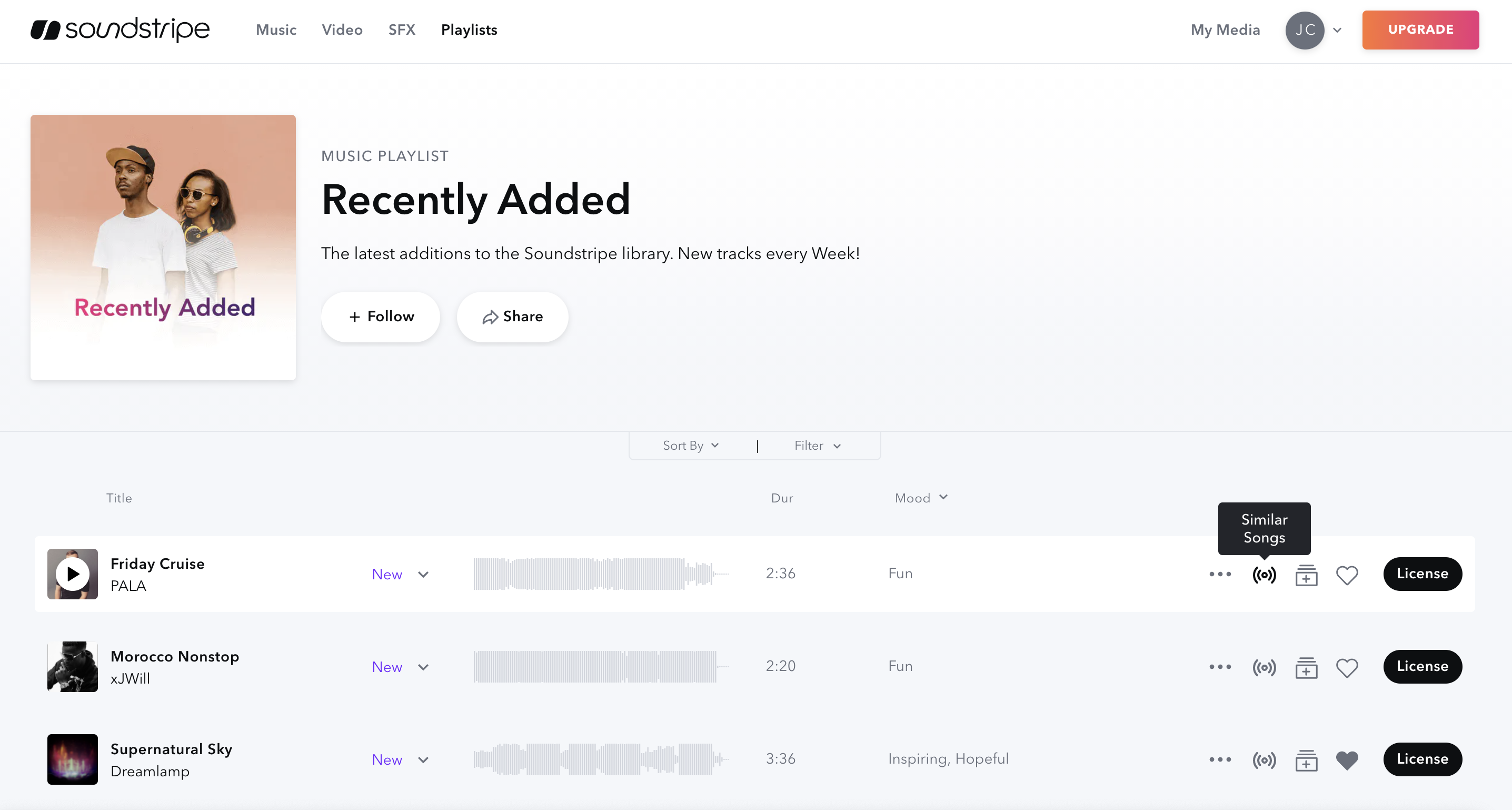 But wait, there's even more! Similar Songs can also be found on the Song Details page for any song under the Similar Songs section. 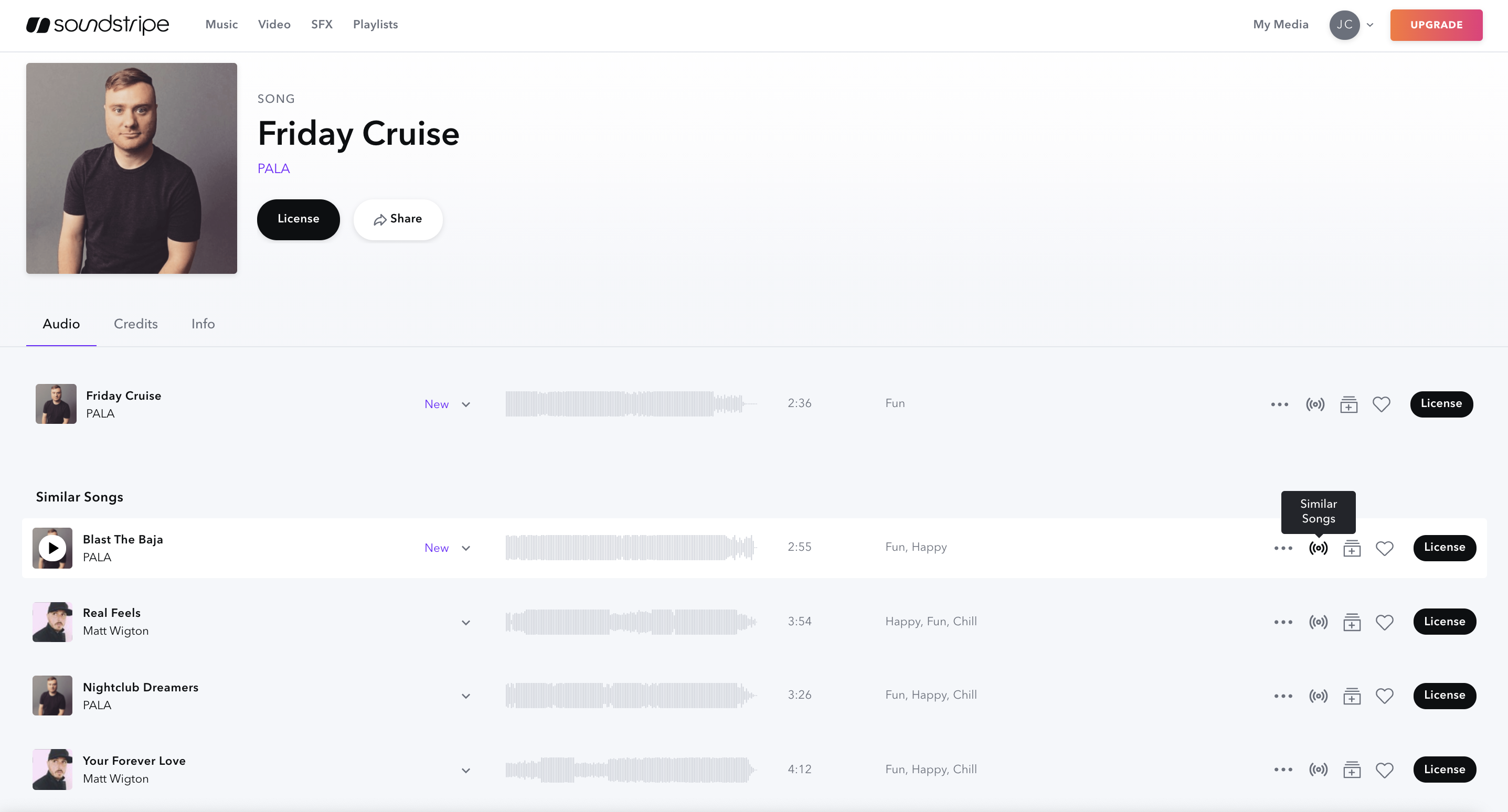 We’re pretty proud of the similar results engine, and we hope this new feature directly benefits your licensing experience and gives your music discovery process a real boost.

We want to hear your feedback.

Like this new Similar Songs feature?  Have thoughts on the songs returned?  Let us know. We love your feedback. Since this is a custom-built feature, we can (and will) keep making it better. Please email us at help@soundstripe.com with your feedback.

Royalty Free Music Doesn’t Have to Suck: Where and How to Get Great Background Music

Soundstripe Now Has Song Stems for Every Track