Comparing and Contrasting the Visual Styles of the Batman Movies 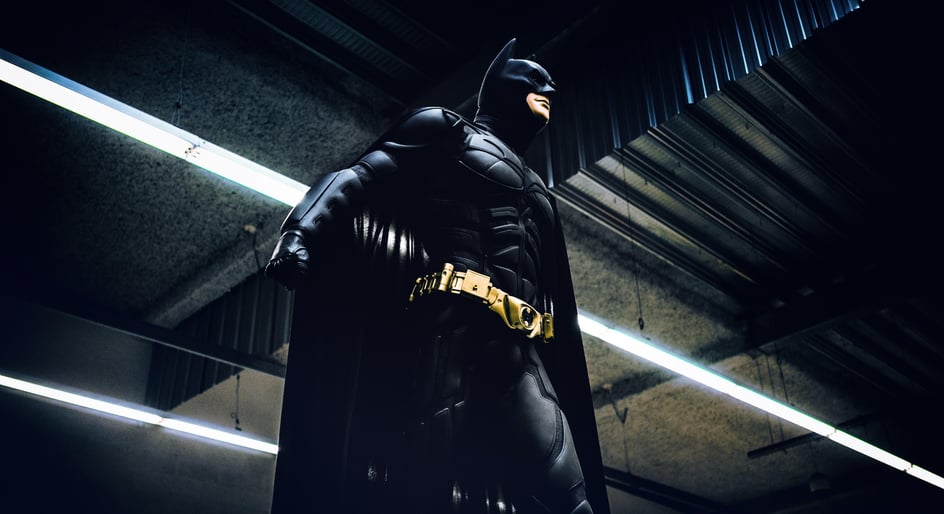 Since Adam West first donned the bat ears and cape, Bob Kane’s Batman has been a mainstay in our pop culture zeitgeist. Indeed, Game.co has the Caped Crusader ranked as the #3 most popular superhero in the world (the top two spots went to Spider-Man and Wonder Woman, respectively.)

So, is it any wonder why Batman has commanded not one but four big screen iterations (series, not individual films)? We’ve seen everything from Tim Burton and Michael Keaton’s operatic adaptations, to Zack Snyder and Ben Affleck’s polarizing, critically-panned reimagining. In fact, thanks to director Joel Shumacher, we’ve even had a bat suit with nipples! (More on that later.)

Numerous directors and actors have tried their hands at adapting the Batman property. And it wasn’t until Christopher Nolan’s groundbreaking vision came to the silver screen in Batman Begins that both audiences and critics united in adoration. As you may have heard, Nolan’s sequel, the Oscar-winning The Dark Knight, is the most lauded Batman film to date.

It should come as no surprise, then, that Hollywood — namely, Warner Bros — continues to revive this franchise and tap fresh blood to see it through. But, at the end of the day, Batman’s origin story and internal conflict(s) can only be reimagined so many times before fatigue sets in...right?

Well, the steady supply of butts in the seats at movie theaters — literally and proverbially (looking at you, HBO Max) — suggest otherwise. We just can’t get enough Batman!

So, with another big-screen Batman adaptation around the corner, we thought it would be fun to examine and contrast the different visual aesthetics of the most recent slate of Batman movies.

Fasten your utility belts and let’s dive in.

What is any hero without their trusty steed? In every Batman adaptation, big screen or otherwise, the Batmobile is ubiquitous. Understandably so. Batman’s menacing, hulking vehicle is one of the coolest accessories in all of comics and it’s not even close.

The Tim Burton Batmobile remains a fan favorite to this day. It’s a fantastical specimen that somehow manages to feel both decidedly 90s and contemporary — a feat unto itself. But what’s truly remarkable about this version of the Batmobile is how Burton and his production designer Anton Furst captured a high tech feel and an analog one. (Tell me the front of that vehicle doesn’t remind you of a freight train.) Joel Shumacher leaned into a sort of phantasmagoric version. As you can see, his Batmobile was an evolution of Burton’s — though it depends on who you ask if it’s a good evolution. I’ll just let this set photo speak for itself. Christopher Nolan’s Batmobile (aptly named the Tumbler) leaned into function in terms of its design. Honestly, this thing looks like it could be barreling down the desert in the Middle East, engaging in warfare. Just like his Batman films, Nolan intentionally commissioned a design that felt grounded in reality. The Tumbler is certainly the most realistic-looking Batmobile to date. By contrast, Zack Snyder’s Batmobile looks more like a modification-heavy video game tank that was cooked up by some prepubescent teen hyped up on Mountain Dew. Like many Zack Snyder motifs, his Batmobile is larger than life — a techno-punk amalgamation of a vehicle that could only exist in a Snyder-conceived Gotham City. Lastly, with the trailer for Matt Reeves’ The Batman making the rounds on the internet, an examination of the Reeves-mobile! I’m just going to call this what it is: super freaking cool. This Batmobile evokes a retro feel, something incredibly film noirish. This was a brilliant move for Reeves and production designer James Chinlund, since Batman is intrinsically...well, film noirish. (See Batman: The Animated Series.) Batman’s Batsuit is one of the more menacing getups in the DC universe — so long as he’s wearing it at night. (AmIright, The Dark Knight Rises?)

All jokes aside, the Batsuit is what makes Batman, Batman. No  sane person would argue otherwise, since Bruce Wayne doesn’t have a superpower and heavily relies on the gadgets and armor baked into his makeshift protective suit.

Now, this isn’t to say Burton’s Batsuit isn’t good; its high-rise bat ears and utility boots are particularly wonderful. It’s just not very contemporary. For one thing, the stiff neck presents many challenges in hand-to-hand combat, and the bright yellow Batman emblem emblazoned on the chestplate doesn't scream stealth. Still, this Batsuit remains a fan favorite. With Joel Shumacher’s Batsuit(s), we get a very clean and polished look—a sort of “out of the box” design that’s in keeping with the overall production design of his Batman films. Oh. And also, nipples. Christopher Nolan solved the lack of “practicality” in former big screen Batsuits with his — just like with his Batmobile. To paraphrase the line Bruce Wayne delivers to Lucius Fox, Nolan’s Batsuit expertly accomplishes “function over fashion” with its design. (Batman can look over his shoulder now!) Okay, Zack Snyder’s Batsuit is fantastic. It seems to be a kind of marriage of Nolan’s and every Batsuit that preceded it — encompassing function, stealthiness, and a shadowy sense of the theatrics. And what is Batman without the theatrics? Matt Reeves’ Batsuit is gritty, dirty, and scrappy — just like his The Batman promises to be. Obviously the jury’s still out on how well this Batsuit fits into the overall film, but these first looks are incredibly promising. There’s something almost medieval about this getup, and I’m here for it. Gotham City was primarily inspired by both New York City and Chicago: a sweeping metropolis rife with crime and a quickly-deteriorating infrastructure. In all the Batman films, the directors do a pretty good job of executing their singular vision for this with expertise from their production designers.

Tim Burton/Anton Furst gave us a very Tim Burton Gotham City, which is to say that they gave us a big and bold set that could just as easily be the set of a musical or play. Joel Shumacher/Barbara Ling’s Gotham is very memorable—a dazzling, neon-colored city that just might be one of the best things about Shumacher’s two Batman films. Credit cinematographer Stephen Goldblatt (Batman Forever) for photographing these dizzying set pieces with a confident eye. I know, I know: Reiterating that Nolan’s Batman films are grounded in reality is getting old. However, it’s impossible to examine the visual aesthetics of his movies without pointing out how that approach guided the entire production process. Once again, and with the expertise of production designer Nathan Crowley, Nolan gave us a component of Batman’s universe that felt wholly tangible. Zack Snyder/Patrick Tatopoulos created a massive, moody Gotham City that feels very...CGI-heavy. Indeed, this widespread Gotham City never manages to engross in the way previous iterations did. Unfortunately, the lack of practical sets and effects are a tad distracting. Finally, a snapshot of Matt Reeves/James Chinlund’s Gotham City. (If you haven’t seen the trailer yet, please watch it ASAP.)

Color me IMPRESSED. This reimagining of Gotham City is very gritty and reminiscent of the popular video game Batman: Arkham Asylum. One of the things that makes Batman and his universe so unique is its ability to transport audiences into the story (something Tim Burton’s Batman did exceptionally well).

It appears Matt Reeves and his team are up to the challenge; these images of the set design and action sequences are dark and messy and beautiful.

To Each (Bat) His Own

While each big screen Batman movie is markedly different than the next, one thing that cannot be discounted is nostalgia.

Some audiences may gravitate toward Tim Burton’s Batman films because they’re the movies that made them fall in love with the Caped Crusader. Others may swear by Zack Snyder’s Don Quixote-esque Justice League Batman because it’s an unadulterated labor of love.

Regardless of why you love the Batman character, or which movie you would contend is the best, we can all agree that each big screen iteration presents different directorial visions, which helped to succeed in a near impossible task: To take the same core character and story, and recycle it over...and over...and over again.