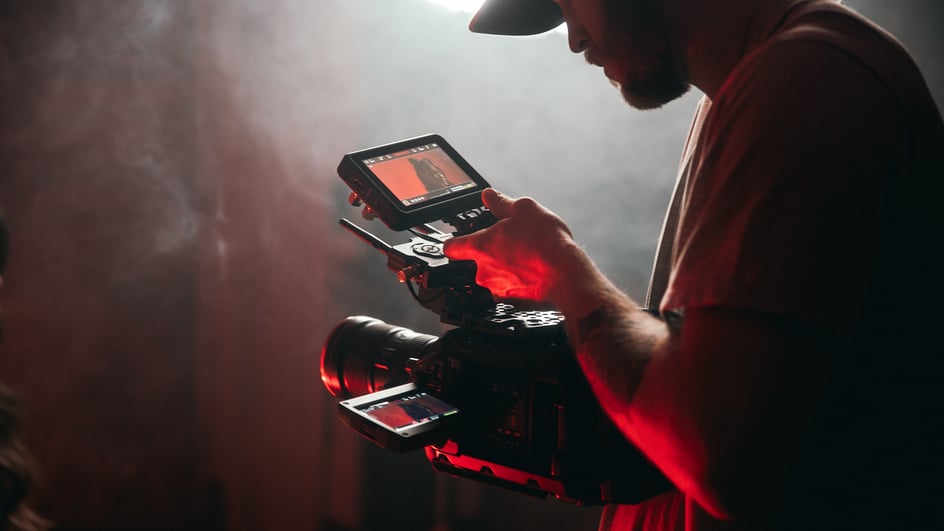 It's incredibly tough to make it in film and video industry. There are so many gatekeepers, caveats, and access points in the way which make it difficult to find opportunities and develop the connections you need to find success.

Yet, despite the perils of the journey, so many are drawn to this career and industry because of the creative nature and potential of breakout success. So how do you — as an aspiring filmmaker, video professional, or digital content creator — launch a career in this industry?

While there are plenty of traditional paths like film school or moving to hotbeds like Los Angeles or New York, there are actually more resources than you might realize available to you right now at your fingertips.

We’re talking about online courses, film schools, and resources which can help you launch your career. Let’s take a look at some of the best ways to build a career in the film industry which you can dive into here today.

One of the best resources out there for those looking to learn everything they can about film and video, without needing to pay tuition costs at film school is the website aptly titled No Film School. Even if you did go to film school, or are in film school right now, this is a great website which covers all matters of film and video production as well as gives fun insights into the state of the industry.

What’s more, No Film School has also just launched their first ever online course. Their inaugural series is aimed at teaching aspiring DPs how they can make money as a cinematographer, and covers everything from getting clients, to how to know how much to charge, to even how to quit your day job and dive in full time.

You can check out the new No Film School coursework here, as well as give an in-depth listen to some of the key creators discussing the course on the No Film School podcast here.

As anyone who's worked in film and video for at least a few years can tell you, Vimeo has been the better video hosting platform which higher-end creators prefer to use to showcase their works. Because of this, Vimeo has consistently found ways to add value to content creators of all skill levels with new features and apps.

Vimeo has even gone on to launch their own online coursework as part of their Vimeo Experts program which is aimed at helping users connect with a community, level up some of their professional skills, and even earn rewards through a referral program.

If you'd like, you can check out Vimeo Experts here, and explore some of the Master Class courses here.

Another great resource for any aspiring indie filmmakers (or those just looking to improve their video and content skills) comes from one of the biggest film festivals in the world. The Sundance Institute, which hosts the Sundance Film Festival, also features Sundance Collab as their digital learning and community platform.

Whether you have an idea for your first screenplay or have directed your second film, Sundance Collab is a great place to learn from experts as you help build a global filmmaking community. Courses cover a wide range of topics and can all be accessed with membership fees which also support the Sundance Institute’s mission to discover and support independent artists in film and episodic storytelling.

Always worth mentioning for those who might have been living under a rock for the past few years, but Masterclass has cemented itself as one of the best platforms for learning from the best. And while Masterclass might be known for its wide array of subjects they cover, they actually have some of the best filmmaking courses out there featuring some pretty big names.

The Masterclass Arts & Entertainment section includes some very thorough and in-depth classes with the likes of Martin Scorsese, Werner Herzog, Aaron Sorkin, and Ron Howard to take you through everything they can teach you about writing, directing, and filmmaking in general.

It might be a bit pricier than some more affordable (or free) alternatives, but Masterclass is truly the masterclass of film courses.

Now, while we’ve featured some legacy names in this online course space, when it comes to learning the basics of filmmaking and how to make the most out of current video gear and trends, YouTube might be the greatest professor of them all.

And in truth, while there’s almost an endless amount of great video channels and creators on YouTube who can teach you whatever you want to know with a quick search, we have to shout out our own Soundstripe YouTube channel as one of the better up-and-coming pages for learning film industry insights and trends.

From camera reviews and breakdowns, to production tricks, and editing and sound tips, be sure to keep our YouTube bookmarked as a resource for your career development.

You can also check out and learn a great deal from Dave’s YouTube channel as well as the myriad of other creators he regularly interacts with — all great and informational resources for those looking to learn the art of film and video, with a specific focus on YouTube content of course.

Here’s a quick list of some other helpful resources and channels to follow to help launch your career in film and video:

Final tips for achieving a career in film industry

At the end of the day, the film industry, and film production, and the filmmaking process overall is hard work. Whether you're a film director or just a film set production assistant, part of the art department, a production designer, or filling in any film industry jobs, it can be hard to make it onto a film crew and make feature films.

Yet, with the amount of great resources out there now from film industry professionals, you can hone your skills on your own and learn how to level up to eventually making feature length films or working in different trades like camera operators, makeup artists, location managers, etc...

The best advice is to find your film work niche, explore different film careers and career paths, and look for film jobs on professional film sets near you before taking the time to study and learn your skills on your own.