Can You Shoot a Commercial Using the iPhone 14 Pro? 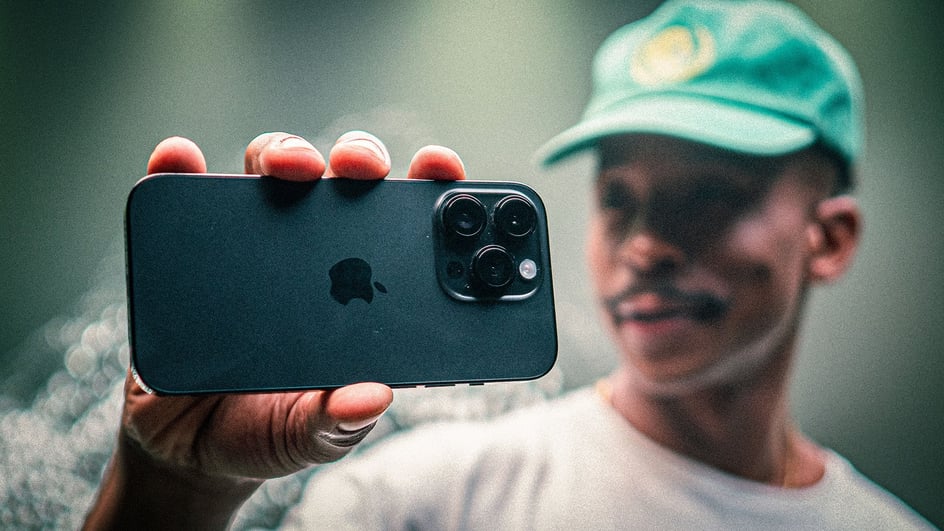 Ever since Sean Baker shot his 2015 breakout film Tangerine on a iPhone 5S smartphone back in 2015, this discussion about the viability of using smartphones on professional film and video shoots has heated up.

And, with every new iPhone updating its camera technology, as well as with Apple itself doubling down on the cinematic capabilities of their flagship product, this debate has reached a boiling point.

However, as we must ask with every new iPhone release, is this latest version the smartphone which might finally take the full step into actual consideration for most working film and video professionals?

That’s the question at the heart of our latest video from the Soundstripe YouTube channel as we examine everything from the new “film industry standard” sensor to the improved cinematic mode.

So, follow along in the video below as we outline all of our thoughts as to whether or not you might want to go full Sean Baker just yet — or not, it’s up to you!

To start our review let’s pick up where our host Dave Maze begins with the 48MP sensor. Now, as Dave points out, any mention of this sensor size is a bit of a misnomer for video purposes as the iPhone 14 Pro uses pixel mapping to focus on 4K video not 8K for most purposes.

This idea of this sensor being “film industry standard” is also a bit of an odd statement as there really isn't an “industry standard” for sensor sizes these days. If a camera can shoot 4K video (or heck, even still just Full HD) it will probably look just fine for most online presentations.

We also have to highlight the updated Ultra Wide angle lens with its updated auto-focus and low-light capabilities, however it still might be a bit of a stretch to utilize any lens besides the 48MP main for any pro shoots.

All told, the iPhone 14 Pro still boasts some specs which are indeed closer to your better mirrorless camera options from familiar brands which all hover around the $2,000 to $3,000 range. 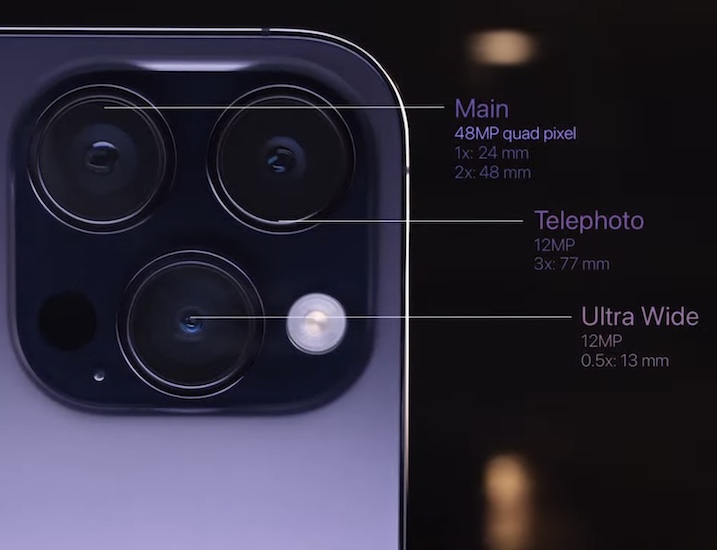 These lenses really aren’t too bad:

And these video recording options are quite powerful on paper:

Cinematic mode is indeed getting better

Speaking of the different shooting modes with the iPhone 14 Pro, we’re also happy to report that the cinematic mode is indeed getting better. With improvements across the board to the LiDAR tech in these new versions the auto-focus is finally using its promised machine learning and AI to get smarter and better.

As 3D space becomes more of an issue with AR and other trends, this LiDAR tech should continue to be more of a selling point for both smartphones and high-end cameras in the future, so it’s nice to see Apple leading the way with providing some better and more improved functions here.

Active mode and color and looks

Moving on to how the new iPhone 14 Pro actually performs in a real commercial shoot, our crew did take the iPhone through the paces for a couple of actual commercial spots which they shot using this new smartphone. And, in many ways, it really appears to hold its own in terms of its stabilization and usability.

With the updated active mode, there’s quite a bit of built-in stabilization which you can see in real-time as you run around with the smartphone recording in your hand. However, it still might be wise to utilize some sort of gimbal for even smoother movement and to help record in the best formats possible.

Shooting Apple ProRes 422 HQ is also a nice option for those looking for that familiar 10-bit color options, however as Dave points out this itself brings a baked in film look which is best utilized with the 4K Filmic Pro LOG — and it’s not quite to the level you might get with your favorite mirrorless or higher end cinema camera.

So, can you actually shoot a commercial on an iPhone 14 Pro?

The short answer to this question is yes. The longer answer might be sure, but only if it’s the right use and aesthetic for what you’re wanting. For example, for one of the commercials our team shot for Soundstripe the iPhone was used mostly as a B-camera to support a higher-end cinema camera.

And despite no matter of color grading and editing those two images don’t look quite the same. However, for a quick behind-the-scenes shot showcasing elements of the production, it looks quite great and is very easy to shoot and manage.

It’s also worth pointing out that at this point the iPhone is starting to become its own aesthetic unto itself. With its main lens and its ultra wide option, we’re seeing more iPhone footage spring up in all manner of commercials and content, so much so that when you spot iPhone footage in the wild it actually looks like its own stylistic choice — which it is.

Ultimately any production which uses an iPhone as its main camera will be limited in terms of its image quality when used for larger format delivery. However, for shoots needing to move fast and with little to no crew, the results are getting better and better.